by Laura Eastes and Candice Macis

It began with a social media conversation to highlight Oklahoma educators who go above and beyond expectations when meeting student needs. It also inspired an education advocacy group to create one of the most passionately debated state questions for November’s ballot.

In May 2013, during national Teacher Appreciation Week, Stand for Children Oklahoma encouraged educators, parents and communities to use the hashtag #TeachersMatterOK and write messages of thanks and comments about education on social media. Notes of gratitude multiplied, as did messages of dissatisfaction and concern for Oklahoma education.

“We did this as an opportunity to say, ‘We appreciate teachers,’” said Amber England, Stand for Children Oklahoma executive director, who said the comments were eye-opening. “Teachers told us they felt they didn’t have the resources they needed to be effective.”

In May 2015, the organization published a report that laid out key findings and painted a dark picture of educator morale.

“What we heard during those teacher focus groups was what we heard in the 140 characters on Twitter,” England said. “What teachers need is strong and steady leadership and honor and respect. To be paid like professionals was extremely important.” 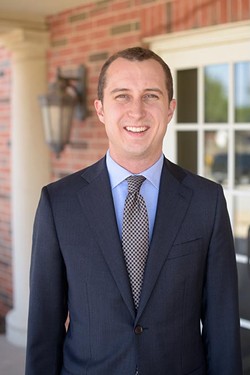 Often, education discussions boil down to funding. Public education falls as one of the most expensive budget items funded by state coffers nationally. Since the national 2008-09 recession, Oklahoma’s investment in public education has wavered between $2.33 billion and $2.572 billion.

For the current fiscal year, $2.4 billion was allocated to the Oklahoma State Department of Education. Since 2008, Oklahoma gained more than 40,000 new students.

State lawmakers have proposed and successfully passed a number of public education reform measures calling for changes to curriculum and altering the profession.

A teacher pay increase is a key part of the measures that died at the Capitol, despite many attempts. The last time teachers received a pay raise was a decade ago, when lawmakers returned for a special session. Supporters posted many reasons in their demands for raises: statewide teacher shortages, low teacher morale and increased need for emergency qualified teachers.

Teacher testimony, coupled with troubling trends in Oklahoma education, led to the creation of Oklahoma’s Children, Our Future, which proposed amending the Oklahoma Constitution to create the Education Improvement Fund through an initiative petition last fall. State Question 779 asks November voters to decide whether to raise the state’s sales and use tax by 1 percent to support investments in public education, CareerTech and higher education. The tax increase calls for pre-kindergarten through 12th-grade teacher pay raises of $5,000.

England, who is active with Oklahoma’s Children, Our Future, said she believes State Question 779 is a comprehensive funding solution that addresses more than teacher pay. If passed by voters, she said the state would invest in proven strategies to influence student learning, reading comprehension and high school graduation rates. The fund addresses college affordability and expanding CareerTech opportunities.

Those against the measure include Oklahoma Council of Public Affairs (OCPA) Impact, which has argued for months against raising taxes to fund teacher raises, especially during an economic downturn. The conservative advocacy group states teachers deserve raises; however, they should come via state spending reforms.

“A teacher pay raise needs to happen,” said Dave Bond, OCPA Impact chief executive officer. “It has needed to happen for some time. … We knew going into [the legislative session], there was a possibility for increasing pay without raising taxes. There is a lot of spending in the Oklahoma government, which I think a majority of Oklahoma voters wouldn’t call core services.”

Those options, along with many others, were presented to various lawmakers.

The proposal only addresses a funding source for a teacher pay increases, but not increases in long-term education investment. OCPA Impact supports a special session geared toward passing legislation on teacher pay, whether by eliminating some state spending or appropriating a surprise surplus from mandated cuts taken in March. In late July, Gov. Mary Fallin stated there was a possibility of a special session to address the $141 million in surplus. The surplus funding could be allocated to teacher raises.

OCPA Impact was successful in a legal challenge for rewording the ballot title of State Question 779.

With a statewide vote scheduled for November, opponents and proponents will continue to debate over State Question 779. Oklahoma voters will ultimately decide the amendment’s fate: Should the sales tax increase pay for teacher salaries and boost funding in other education arenas or not? Are there other ways to give teachers pay raises?

OCPA Impact warns voters against the increase in sales and use tax. Oklahoma’s average combined sales tax rate is 7.75 percent with local taxes. Currently, Oklahoma City ranks No. 14 in cities with the highest sales tax rates, according to Tax Foundation.

“It is going to happen sometime soon,” Bond said. “It is either going to happen with a tax increase on Oklahoma families or because resources were shifted from a non-high priority to an area that is a priority. We don’t like tax increases on Oklahoma families. We aren’t ashamed to say that. We will push for a teacher pay raise again if one hasn’t been approved by next session.”

At the campaign headquarters for Yes for 779, England and others discussed the need to invest in Oklahoma’s future and see positive change. She said teacher pay raises must be combined with targeting funds to reading interventions, early childhood programs, high school graduation initiatives and by ensuring higher education is achievable for those who aspire to it.

“The state gave us 90 days to get the 123,000 signatures,” England said. “We got over 300,000. … At every turn of this campaign, the evidence has been there; Oklahomans understand the problem and they are ready for the problem to be addressed.”

Print headline: Yes or no, Various city and state education groups share the pros and cons of a proposed state question that would raise taxes to help better fund public education.

State Question 779 calls for amending the Oklahoma Constitution to create the Education Improvement Fund, which would go into effect July 1. The fund holds revenue collected through a 1 percent sales and use tax increase. Officials with Oklahoma’s Children, Our Future, the petitioners, estimated the fund will generate $615 million annually.

• Early childhood education: 8 percent of total funding. — Oklahoma State Department of Education would award grants to entities working to increase access to and enhance voluntary early learning opportunities for low-income and at-risk children. Annually, $50 million would be distributed across the state.