Oklahoma Commission on Opioid Abuse works to solve the epidemic. 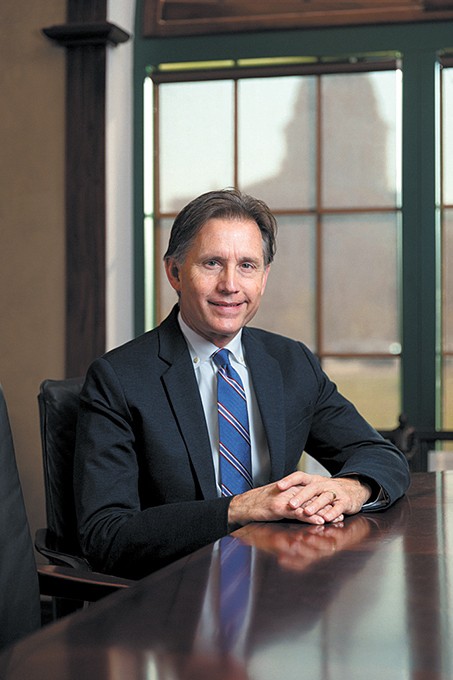 In April 2017, as the opioid crisis continued to ravage Oklahoma, the state’s Attorney General Mike Hunter stood beside two state lawmakers — Sen. AJ Griffin and Rep. Tim Downing — to announce formation of the Oklahoma Commission on Opioid Abuse. Three months later, a federal report issued by the federal Substance Abuse and Mental Health Services Administration ranked Oklahoma No. 1 nationally for non-medical use of painkillers for all age groups 12 and older during 2012 to 2014. Even prior to that haunting statistic, Hunter was convinced a commission dedicated to studying the issues around the misuse and addiction to opioids was imperative.

“The more we looked at the opioid epidemic, the more we were convinced that we had to focus our efforts,” Hunter said in a recent Oklahoma Gazette interview.

When Hunter formed the Oklahoma Commission on Opioid Abuse, he had been the state’s chief legal advisor for a little over two months, replacing Scott Pruitt, who became administrator of the Environmental Protection Agency. In that short amount of time, Hunter quietly assembled a team to take on the opioid epidemic.

“When we broke it down into component parts, we saw there was a need for policy changes that would better equip the state to deal with the crisis,” Hunter said. “The second part of that was holding entities accountable for the epidemic, and that is the litigation. Lastly, we made a decision that there was a law enforcement piece that we needed to start holding people accountable for oversupply and reckless prescribing.”

More than a year after Hunter committed to helping to solve the crisis, Gov. Mary Fallin signed seven policy recommendations into law. These laws will, among other things, “give the state more tools” for dealing with the crisis, which has seen more than 3,000 Oklahomans succumb to overdoses in the last three years.

“The overarching goal is a recognition that there is oversupply and overprescribing,” Hunter said. “This state needed more safeguards, more of an ability to oversee and regulate that problem. That’s the principle that knits these bills together.”

Oklahoma’s legislation to address the overprescribing of opioids and the addiction that often follows attacks the issue from various fronts. The commission, which represents a broad cross-section of Oklahomans with expertise in areas connected to the opioid epidemic, recognizes that law enforcement measures are critical as well as those impacting the medical community.

The commission’s first policy recommendation became the first piece of legislation to win approval by both the House and Senate and eventually earn Fallin’s signature. Senate Bill 1078 criminalizes the trafficking of fentanyl, a synthetic narcotic painkiller that can cause an overdose from a few inhaled grains.

Lawmakers found favor in the commission’s policy recommendation requiring prescribers to write opioid prescriptions electronically to prevent forgery and altered prescriptions. They also endorsed a “Good Samaritan Law,” which intended to protect those who report opioid overdoses from being arrested on drug-related offenses. House Bill 2798 creates the Opioid Overdose Fatality Review Board, which will be similar to the state’s child fatality review board.

Hunter said Senate Bill 1446 was the “most important legislation that came out of the Capitol.” The legislation directs Oklahoma Board of Medical Licensure and Supervision to require continuing medical education on opioid abuse and misuse for prescribers. Additionally, the law limits opioid prescriptions to seven days for first-time patients with acute pain. The law is in line with Centers for Disease Control and Prevention (CDC) guidelines regarding opioid use.

“All the research shows the longer you are taking an opioid the more risk you are to exposing yourself for becoming addicted,” Hunter said. “We did our best to recognize there is a doctor-patient relationship. We took note of what was the general view that you needed to give prescribers the option to go up to seven days.”

The bill passed during a particularly difficult legislative session, where lawmakers were challenged with fiscal issues and pressure to increase funding to the state’s core services including education. Hunter named lawmakers and commission members Griffin and Downing as influential in championing the bills through the Capitol. Lori Carter, the attorney general’s office director of legislative affairs, played a significant role in overseeing the commission and in finalizing its policy recommendations.

“The commission’s work will be a turning point that we can point to in the future and say this is where Oklahoma drew the line to curb its opioid epidemic,” Griffin said in a press statement on the passage of the commission’s recommendation.

"These aren’t just data points on a spreadsheet. These are people." — Mike Hunter tweet this

Hunter said the work is far from over. In the next year, his office will dedicate much of its energy to preparing for the state’s 2019 trial against the nation’s leading opioid manufacturers including Purdue Pharma, Inc. In June 2017, the state filed a lawsuit against companies making and marketing opium-based painkillers, claiming they misrepresent the risk of addiction.

The case is slated for a May 16 status conference in a Cleveland County courtroom.

“We are committed to trying this case in state court and having an Oklahoma jury look at the damages, look at the evidence and hold these companies accountable,” Hunter said. “We think that the fraud and deception they’ve practiced to convince prescribers [opioids] weren’t addictive is … the prime cause for the epidemic. We think the damages to the state are in the billions of dollars, not millions.”

Next session, Hunter expects his office to once again work with legislative leaders on policy solutions for addressing the opioid crisis. One recommendation not pursued by lawmakers was a tax on manufacturers, wholesalers and distributors of opioids, which would serve as a funding mechanism for addiction treatment. Hunter said it was too early to determine what legislative recommendations would be pushed for the 2019 legislative session.

“If you are not affected by this directly, it is easy to just view this as statistics and data points,” Hunter said. “I want to really challenge [people] to not look at this that way. If you are affected, you know that this is a stark reality. These aren’t just data points on a spreadsheet. These are people.”