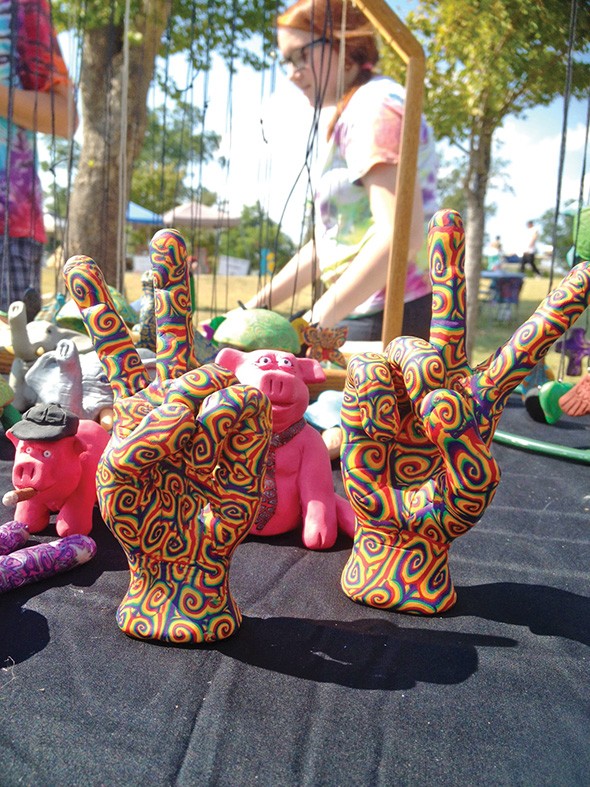 Early visits to Norman Groovefest made a big impression on Lindsey Martin.

“As a kid, I remember going all the time,” said Martin, who has been helping organize the long-running music and human-rights-awareness festival for the past eight years. “There were legalize marijuana booths set up everywhere. This was back in the ’90s, and we’ve had those forever. I don’t even know if they’re going to show up now that it’s all legal. … It was still bunch of hippies getting together and good music. It was cool because it was different than everywhere else. It felt like a little mini Woodstock or something, I guess — of course, it’s nowhere near as big — and it was cool that people were out there informing you on what’s going on in the world. Sierra Club and Amnesty International, just knowing about all those different things, I thought it was cool to learn about that as a kid, and even as an adult, there’s always more information for you to learn.”

“Groovefest shows deep commitment to human rights and the ever-changing understanding of how they relate to the intersecting systems of oppression and power,” Healey wrote. “The festival uses a human rights framework to provide a fun and accessible platform for learning, collaborating and growing human rights activism from the local to global level. … Groovefest presents the beauty and power of human rights and the people who work every day to protect them.”

"We want to create more of an open community where we can come together versus all the segregation that’s going on in today’s world." — Amber Amanda tweet this

David Slemmons, who has been associated with Groovefest since it began in 1986, said the festival’s popularity and attendance has fluctuated over the years, but the tradition continues.

“It ebbs and flows,” Slemmons said, “but overall, you see a lot of the same people. Some of the same people’s grandchildren are the ones that are helping lead it now. … There have been a couple of times over the 30-some years that because someone who had been really involved in the leadership either moved or graduated or something like that, we’ve sort of had to go, ‘OK, we need to find some new people,’ but those are just the kind of struggles that any group in Oklahoma would have. For instance, at an outdoor event, if it rains, you’re all of a sudden going, ‘Oh, wow.’ You’ve been planning for months for this event. There’s been a lot of headaches, but they’re the typical kinds of things that you would have.”

The festival’s stage hosts local musicians and human rights activists who will speak about a variety of issues between the musical performances. Though Oklahoma’s reputation for human rights is less than impressive, the myriad social issues in need of attention actually inspire resilient and intelligent local activists who are able to effectively communicate the importance of state and international issues, and the close proximity of the University of Oklahoma attracts a variety of voices.

“We’ve had a lot of really strong leaders in a wide range of areas, and we’ve been fortunate with the university to have a pretty diverse group of people that are involved,” Slemmons said. “There’s been a real strong sense of continuity in the specific aspects of human rights, but also in bringing it home to our own neighborhood.”

The styles of music featured at the festival have varied over the years with changing trends, but the connection between the local music scene and activism remains strong.

“If you see in the demonstrations at the capitol, it’s usually someone who’s performed at Groovefest who’s up singing before the speakers,” Slemmons said. “The music and the human rights community in Oklahoma are not that large, and they’re very intertwined.”

Oklahoma City’s Rousey, which released the album Substances and Situations in May, headlines the festival at 8 p.m. Saxophonist Garrett Ennis said the band’s “Cops in My Town” questions the role of police in society.

“We all like to think in our heads that we support policing the public, but sometimes it gets out of hand,” Ennis said. “That’s what that song is kind of about — knowing your rights and knowing what a police officer is there to do and, ultimately, not letting that power get abused.”

“People should know that they have the right to live and be able to voice their feelings that are attached to that,” Ennis said. 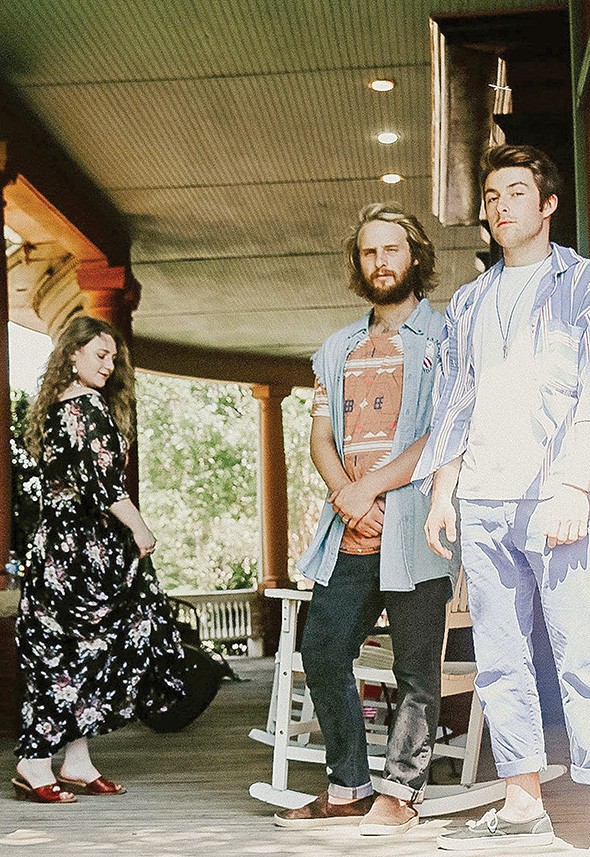 The band is tailoring its set list to the event, considering applicable covers while making sure to plan a family-friendly performance for any impressionable children in the audience.

“Kids love to dance at our shows,” Ennis said. “There’s always a few at the front.”

“It’s about just kind of dealing with the intensity of life and rolling with things that happen in life and just kind of keeping going even whenever your head’s going under the water,” Amber Amanda said.

Through its performance at Groovefest and by hosting a regular jam session at Saints, the band wants to help people find connections with each other.

“We try to love people. We want to bring community together,” Amber Amanda said. “That’s something that’s really important to us. … We want to create more of an open community where we can come together versus all the segregation that’s going on in today’s world.”

“I definitely think The Indigos define themselves in the music scene as being very inclusive, not having an ego and using music just as a means of bringing people together and creating an open environment for people to feel safe and be able to be vulnerable,” Fabri said. “We’re all here doing the same thing, so treat each other with kindness and respect and enthusiasm, you know?”