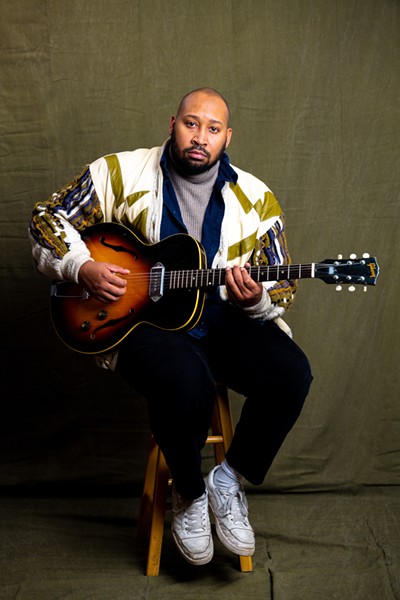 “There are times when I’m just like ‘Oklahoma, I love you,’” Bartees Strange said from Washington D.C.


He’s been reminiscing about cheap Norman apartment complexes, sadly departed OKC indie venues and the surprising wealth of musical styles and identities in the local scenes, but it was a mention of Oklahoma’s pink evening skies that got that concise and loving response.


“I have such a deep connection to Oklahoma and to OKC specifically,” Strange said. “And it’s just really cool to come back home in a band playing a nice room after a couple of really good records. I just feel really good about the person I’ve become, mainly because of my experiences growing up as a musician in Oklahoma.”


When Strange next makes his way through OKC Dec. 16, it’ll be as a headliner for a late tour stop at Beer City Music Hall, exactly the kind of artist-enticing, scene-inspiring, mid-level music venue that was hard to come by in Oklahoma when he moved away.


“It’s funny, because when I left Oklahoma, one of the big reasons was, I was like, ‘I don’t really know how to do music here. I feel like I’m just playing in Texas but living in Oklahoma.’ There was a gap. There weren’t a lot of venues in that 400 to 800 range. But then I left, and ever since, the city’s just had all these venues coming up all over the place. It’s so sick.”


The changing, transitional OKC music scene that Strange will be returning to is about a lot more than just the number of stages though. The past few years have seen an explosion in the variety of styles and sounds on display across the city, even as they still struggle to find the same cross-genre melding and common ground that Strange’s own music is largely built on.


“It's a challenge everywhere, but I feel like in places like Oklahoma, it's really needed because it can actually break down some walls,” he said “The rappers and the guitar players and the blues players and the country artists and the people making beats, you know, they all need to be around each other more.”


That’s exactly the mentality that Strange brings to his songwriting, creating a wildly diverse and highly personalized blend of indie rock, hip-hop, folk, EDM, and R&B that’s propelled him into major indie buzz even while the prevailing playlisters and algorithms insist that artists stick to a niche.


“I truly believe that everybody likes everything, even if they don’t know they like it yet. On my records, I used to be criticized for doing so much. People were like, ‘Why are you putting so much on these songs?’ And I’d be like, ‘Look at your Spotify history. You’re doing this to yourself.’ We all listen to everything. We need to get rid of this false purity in music, this idea that if you’re, like, a guitar-playing singer/songwriter, then that’s all you are. That’s a lie. Everyone is everything.” 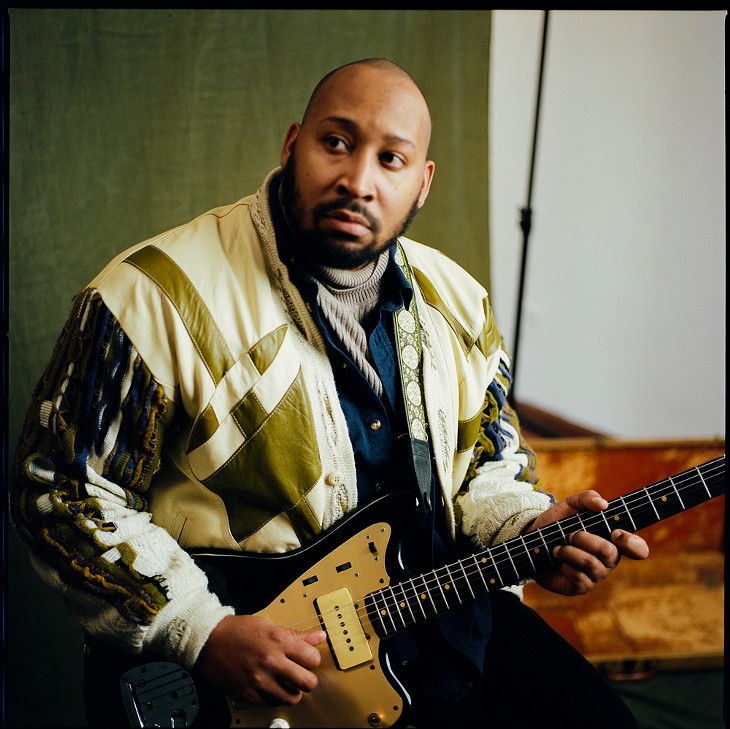 Adhering to that belief means that Strange doesn’t worry about tailoring his shows and his setlists to any single sound or energy.


“When we play these songs live, I try to take people on just as big of a sonic and emotional journey as the albums do,” he said. “I’m anchoring it around this idea that the thing that’s honest and that’s true about this experience is the person giving you the music. I’m just being extremely honest about what I listen to, what inspires me, and how it makes me feel.”


Strange’s recent headlining spots have featured songs from all of his releases, covering everything on stage from his hardest-hitting rap tracks to his most vulnerable and sparse ruminations, even pulling out tracks from his 2020 breakthrough collection of The National covers.


It’s that feeling of keeping the audience on their toes that he believes is the key to the rapturous reaction he and his band receive every night.


“We’re just murdering it, and people lose their minds because they’ve never seen that happen,” he said. “And it’s not backing tracks, it’s a five-piece band. It’s the most fun thing in the world to play a set like that and then to look at the room like, ‘Yeah, dude, we’re not just your normal indie rock band. This shit is Radiohead-level disgusting.’ We’re killers out there, and we’ve been doing this for a long time.”


Strange and his band are betting on exactly that kind of frenzied, palpable reaction at Beer City, especially knowing that OKC is hungry for art that strikes at the difficulty and honesty that he touches on.


But Bartees Strange knows Oklahoma, and he knows that we can handle it.


“I challenge the listener, and I trust that you're smart enough, and that you understand what's happening in the world enough to be able to hear what I'm doing. And what I'm seeing from the shows that we've been playing is, like, I was right. People get it.”