Life in urban centers comes into focus in Oklahoma City Museum of Art’s Photographing the Street.

The focus seems clear, but Photographing the Street is not completely black-and-white.

On display through Dec. 1 at Oklahoma City Museum of Art, 415 Couch Drive, Photographing the Street features 22 works by four photographers with notably varied methods and motives.

“They’re all engaging with this artistic genre in different ways,” said assistant curator Jessica Provencher. “They all have very different approaches and very different goals.”

Born in New York in 1928, Garry Winogrand became famous for capturing candid photographs of strangers on the street.

“His photos are very informally composed,” Provencher said. “They’re often kind of tilted or cropped — something that really came to be known as the snapshot aesthetic. That’s something he’s really known for.”

Writing for The New Yorker in 2018, arts critic Richard Brody described how Winogrand’s rapid-fire shooting method transformed street photography “from an art of observation to an art of participation.”

“His images often brought together many people unaware of being photographed, caught in a state of public privacy, and only one or two in a crowd who were aware of the camera’s presence and looked into the lens, not so much interacting with him as reacting to him, already too late,” Brody wrote. “He was, in effect, stinging his subjects with the camera, and their gaze back was as an expression of their surprise — a surprise that performed, on camera, his own surprise in the presence of his subjects and the wondrous, shocking, horrifying, astonishing, absurd realities in which he found them.”

Before his death in 1984, Winogrand took an estimated 1 million photographs, the majority of which he might never have seen. The works included in Photographing the Street come from his portfolio titled “Women are better than men. Not only have they survived, they do prevail.”

“Women were one of his favorite subjects,” Provencher said. “This portfolio presents these women engaged in different everyday activities like hailing a cab, crossing the street, attending a social gathering, and in them you can see his signature tilted picture frame and you see the classic street photography.”

Vancouver-based artist Ian Wallace combines minimalist painting with street photography in an exploration of “the complexities and demands of modern life,” Provencher said. “He’s interested in seeing how people navigate through an urban area, how they navigate through modern life with all the advertising signage and monuments, architecture and traffic.”

Describing his series Heroes in the Street, Wallace told the international contemporary arts organization Kadist why he chooses public spaces as the setting for much of his work.

“The street is the site, metaphorically as well as in actuality, of all the forces of society and economics imploded upon the individual who, moving within the dense forest of symbols of the modern city, can achieve the status of the heroic,” he said. 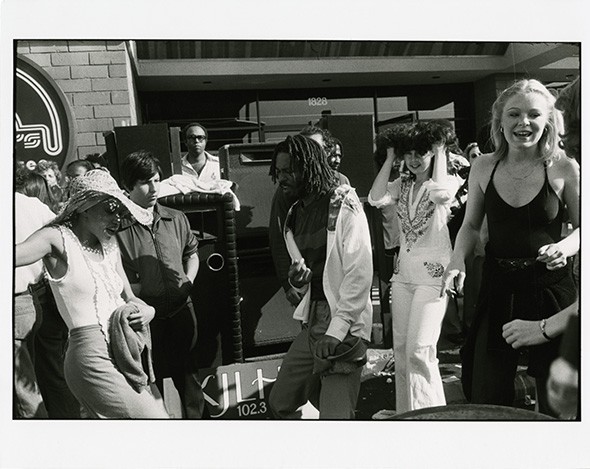 “It’s a little bit hard to explain the studies if you haven’t seen them,” Provencher said. “They’re photos mounted on pieces of paper, and there’s a little lithographic design on the paper as well. The studies kind of show the layout of what some of the future paintings would look like. … He’s more conceptual than the other artists.”

Though Wallace’s photos might be difficult to describe, Provencher said their Vancouver setting and often-isolated subjects might be more easily relatable to Oklahomans who do not typically see the crowded city scenes prevalent in more typical street photography.

Gary Mark Smith, meanwhile, has shot photos in more than 85 countries on six continents. Provencher said Smith is most famous for “photographs of war and revolution and natural disaster” but part of his purpose for taking photos around the world is to highlight the commonalities in the human experience.

“When he was in high school, he started photographing everyday life in New York City’s Washington Square Park,” Provencher said. “Since then, he’s kind of sought out the Washington Square of every new place he visits. ... He’s highlighting different cultures in various areas of the world and also the similarities of urban life in a lot of different areas.”

Smith published a collection of photographs titled Searching For Washington Square in 2000. According to his mission statement, dated 1978 and posted on his website, his goal is “to create a compelling global street photography portfolio during one artist’s lifetime revealing both the variety of culture and similarity in character of urban elements and order that one encounters out on the seemingly chaotic streets of a single planet at the turn of a millennium where predominantly urban people can be studied and photographed in the wild going about the task of living out the commerce and leisure and bustle and sometimes grind of their everyday public lives.”

Mike Peters, who works as director of photographic services at Montclair State University in New Jersey, also hopes to capture the realities of daily life in his photos.

“He’s associated with street photography, but he’s really interested in people,” Provencher said. “He likes his images to be very straightforward, and his approach is simplistic. He doesn’t use anything artificial or any kind of manipulation. They’re usually very clear, and you want viewers to be able to connect with them, to feel something familiar, be able to imagine the story about the photograph. … Sometimes people call what he does street portraiture.” 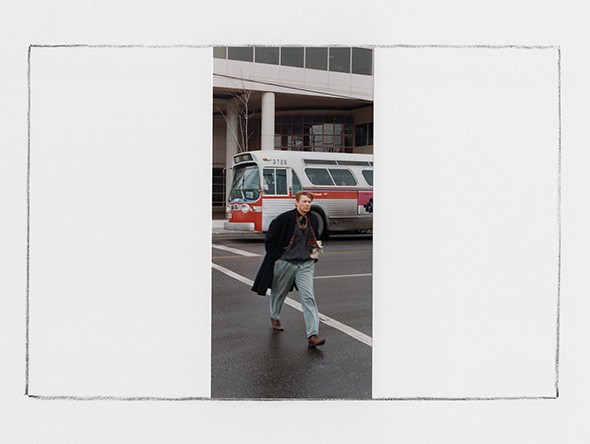 In an interview with Inspired Eye magazine, Peters explained the philosophy behind his work.

“I am bearing witness to the world in which I live, and to the people I share it with,” he said. “This world, as I see it, is filled with people who are suffering in one way or another. Suffering is something that is unique to our species, comes at us straight from our own self-awareness, and is something we all experience at one time or another, and for some, all the time. There is the big suffering as is seen in wars, poverty or disasters, which I don’t photograph. And then there is the everyday sufferings of ordinary people, and that is simply what I see as I go through my life each day and am compelled to photograph as a way of acknowledging those who pass before me.”

As a whole, Provencher said, the exhibit is photographic evidence of the artistic inspiration that can be found in common experiences and settings.

“It really demonstrates the richness of expression and abundance of visual possibilities and stimulating moments that are afforded by the most public of places,” she said.