Street performances on the rise in OKC 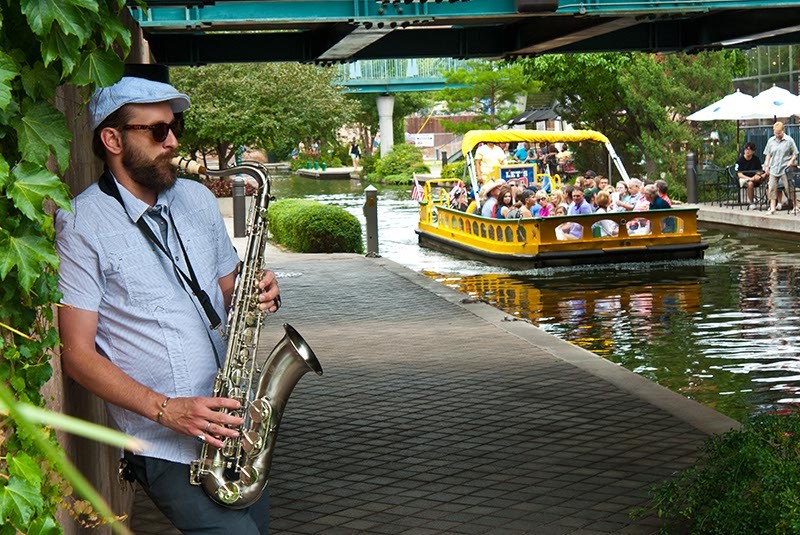 It was an ideal night, but not so ideal that the thousands gathered on Hudson Avenue would forget that they were in Oklahoma. The only thing longer than the line of food trucks were the lines of patrons glazed in sweat standing in front of those trucks. The people bubbled about H&8th Night Market like boiling water.

Among the hive of people were three young men comprising a small band that softly pumped out jazz tunes on drums, a guitar and a saxophone.

Patrons taking a break from their tacos filled with gourmet beef or those patiently waiting for craft beer would stop to watch the talent.

Some months, a red-haired boy with black-rimmed glasses belts out fan favorites like “Piano Man” while playing the keyboard and harmonica. Josh Fudge plays fearlessly for his age. Fudge is a 12-year-old piano major at Classen School of Advanced Studies and started performing as a street musician when he was 11. He performs seasonally at block parties like Live! on the Plaza for the experience and to raise money for more music gear.

“[Street performers] add to the culture of a community in the same way the local festivals, the area cuisine and the style of buildings do,” said Hannah Kalfas, who has been a street entertainer for two years.

Brian Bergman, H&8th event manager, said that busking zones — areas where public art is sanctioned by the city — were added to H&8th to add to the amount of live music while also passively encouraging the idea of busking.

There are programs, like Out of the Box, that promote street performers in OKC. Out of the Box is a program put on by the Arts Council of Oklahoma City that hires street entertainers to perform in OKC.

“The street performance culture in OKC is growing,” said Gilbert Magdaleno, director of Out of the Box. “Since I started directing this program six years ago, I’ve seen a dramatic increase in the number of people interested in street performing.”

Oklahoma City’s municipal code states that if any street performer asks for tips, they must obtain a license from the city. According to Kristy Yager, an Oklahoma City public information officer, there were 112 street entertainer licenses issued from July 2013 through July 2014. The annual licenses cost $30. Anyone wishing to get a license can apply for one through the city.

Kalfas obtained the proper license from the city and has been seen performing near Mickey Mantle’s Steakhouse in Bricktown. Kalfas, 17, sang current hits and played an acoustic guitar for those passing by during a breezy Saturday night. Onlookers who liked what they heard shyly placed small bills in the guitar casually opened next to her. While Kalfas admits she can make a few extra dollars performing, that is not the reason she does it.

“The biggest and best part of [performing], to me, is the people. Kids will come and sit in front of me, and they’ll talk and sing with me. It brings me joy to know that I can put a smile on their face,” she said. 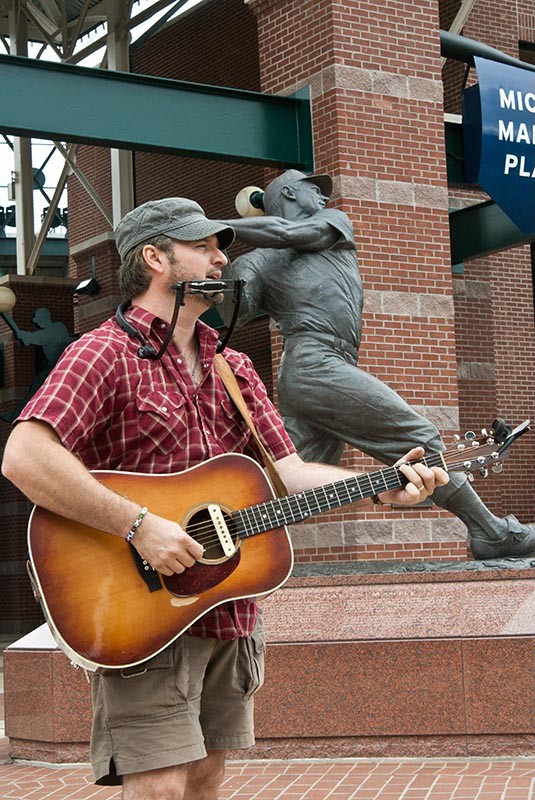