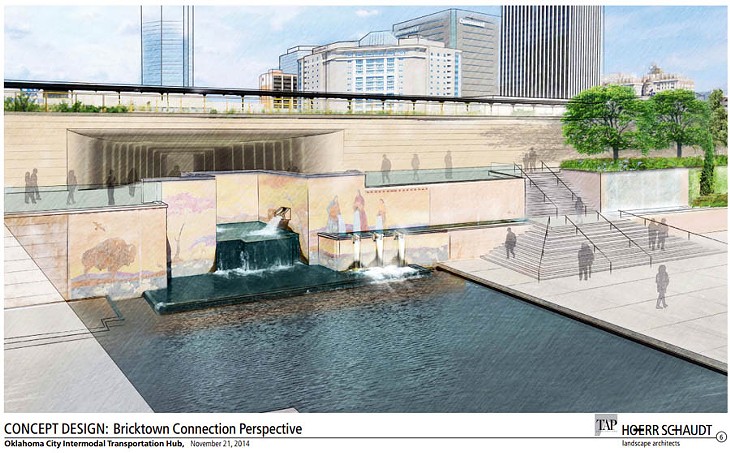 Members of Oklahoma City's streetcar subcommittee praised city staff on its plans for a new transit hub at the Santa Fe train station but expressed concern that it would not directly link to stops on the future downtown streetcar line.

A combination of city and federal funds will help complete a $28 million redesign of the Santa Fe station to serve as a hub for the current Amtrak stop, and future rail and bus service. The station will have streetcar track and a stop in front of it on E K Gaylord Blvd. to meet federal requirements, but that track will not be regularly used by the initial route of the streetcar system. Rather, lines will travel down Sheridan and Reno with stops at least one block away from the Santa Fe station.

“As a streetcar subcommittee we want to make sure [the Santa Fe station] is tied in [to the streetcar] system,” said committee chair Nathaniel Harding.

Committee members asked about some type of covered walkway from the Santa Fe station to the two closest streetcar stops and signage inside the station directing riders to those stops.

City Engineer Eric Wenger, who gave a presentation of the Santa Fe station plan to the committee, said stop integration would be revealed further in the process. Wenger also said construction on the station is slated to begin this summer with completion expected in the fall of 2016.

As part of Wenger’s presentation there is a proposed tunnel under the elevated railroad track linking the Santa Fe station with Bricktown. some committee members suggested a covered walkway from the tunnel's exit in Bricktown to the streetcar stops on Sheridan and Reno. 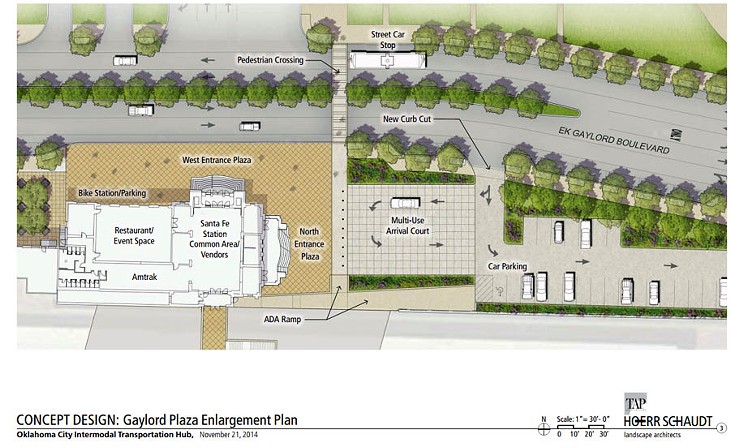 Because a $13 million federal grant for the Santa Fe station redevelopment required it to link to the streetcar route, a track will be built in front of the station, although it will hardly ever be used, at least during the first phase of the system. 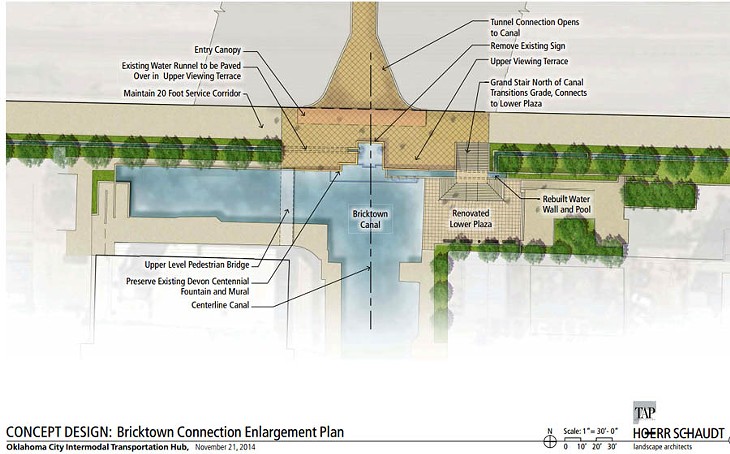 The streetcar subcommittee prefers the INEKON Group to be its streetcar manufacturer, which was one of five companies to submit proposals to the city. INEKON has built streetcars for Seattle, Tacoma and Portland, which committee members said were model cities for Oklahoma City’s system.

Consultants recommended not ordering the five streetcars until the final construction price for the route was set, but committee members expressed a desire to move quicker.

“I don’t see a reason to wait that long [to place an order] when we know we at least need five cars,” said Jill Adler.

Consultants for the streetcar believe five cars, with four in use and one as a backup, would allow the first phase of the route to offer service every 10 minutes.

Jeff Bezdek said streetcar manufacturers are “notoriously late” and it was noted that new cars for Seattle were already several months behind schedule. The committee asked city staff to prepare for a July 1 order of five streetcars, even if final construction cost of the route was not yet set.