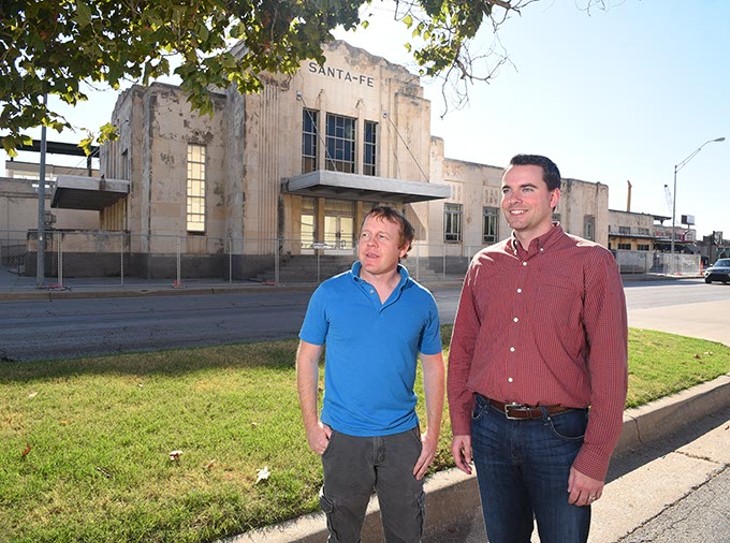 One of the signature projects of MAPS 3, the call to build a rail system connecting downtown with nearby districts picked up speed when city leaders agreed to solicit bids for the streetcars 14 months ago. Oklahoma City leaders collected seven proposals, moving forward with a European manufacturer, Inekon Group, to create a contract.

The contract, a $23 million deal to build five cars, cleared the Oklahoma City Council with a 7-to-1 vote on Sept. 29. Council member James Greiner cast the lone “no” vote, citing he didn’t support the project.

With the agreement, OKC can expect the first streetcar to arrive in 24 months, about eight years after voters endorsed the $128.8 million rail project, and other capital improvement projects, in the MAPS 3 proposition.

“It is a very significant step to have the contract approved,” said Nathaniel Harding, streetcar subcommittee chairman.

The agreement was no easy task, especially as city leaders and subcommittee members eyed other cities undergoing streetcar projects, which the federal government spurred with grant funding. Decades earlier, American cities paved over old streetcar tracks, but are now applying for grants in hopes new tracks would rejuvenate those areas. The U.S. Department of Transportation supported 15 streetcar projects and awarded $546.5 million in grants since 2009. OKC pursued federal matching funds, but was rejected, and its streetcar project is supported by sales tax dollars.

Many of the federally funded projects experienced hurdles and setbacks that resulted in substantial delays. One such project was from the City of Seattle, which also signed with Inekon to manufacture streetcar vehicles. Seattle’s First Hill Streetcar is about 10 months behind schedule and contractors remain in the testing phase, according to The Seattle Times.

OKC subcommittee members are diligent in their efforts to avoid delays here. The 10-member group was the first to view the contract, presented by Jacobs Engineering Group consultants at a Sept. 23 meeting. After questions, the committee passed a resolution supporting the agreement, which prompted the contract to come before the city council.

Unlike Seattle, OKC streetcars will be manufactured at the Inekon plant in Ostrava, Czech Republic. Seattle leaders worked with Inekon and a Seattle-based manufacturer to complete the cars. The twofold approach complicated the project, said Jacobs’ Rob Edgcumbe, who indicated technical issues surfaced during the Seattle project and were resolved by Inekon.

“We’ve benefited from the fact they have debugged some of the issues,” Edgcumbe said. The contract resembles Inekon’s original proposal, but changes were made for performance standards.

OKC leaders are purchasing an “off-the-shelf” streetcar model, which was recommended for ensuring reliable vehicles. The cars resemble the Seattle’s in body and design; however, aesthetic decisions, such as the color of the streetcar, will be up to city leaders. The city will pay about $4.4 million each, with the final car to be delivered in the spring of 2018.

The contract outlines penalties if vehicles arrive late or if one goes out of service for defects covered by the warranty. Those liquidated damages are listed at $1,500 per vehicle per day that a streetcar is unavailable.

The city has an option to order up to eight additional cars and other associated goods and services from Inekon. About $1 million for spare parts also is budgeted.

For the contract to be valid, Inekon must submit letters of credit and insurance before the end of this month.

Jacobs Engineers predicts passenger service could begin mid-2018. The 4.6-mile line will run on fixed tracks, share road space with vehicles and be equipped for off-wire capabilities. The route will feature 23 stops through the central business district with links to Midtown and Bricktown. The historic Santa Fe Station stop will allow riders to connect with Amtrak for further travel. Streetcars will carry up to 120 passengers.

Proponents of the transit option say it will enhance downtown and improve walkability. There also is an economic development advantage: Portland, Oregon, witnessed new business and raised property values on its route after cars began rolling in 2001.

OKC subcommittee member Jeff Bezdek believes all that is possible for Oklahoma City. Ten years ago, he advocated for streetcars but his conviction for public transit dates back further, as he is the son of a mass transportation superintendent.

“This is just the beginning,” said Bezdek, who noted the project is a step toward the creation of a regional rail-based transit system. Additionally, the city could expand its streetcar route. The consultants believe OKC could apply for federal grants, despite working with an international company.

With the streetcar contract in place, city leaders can switch gears to other contracts, such as rails and switches. The streetcar subcommittee can shift its focus to signal prioritization. When the streetcar project came before voters, the cars were presented as running with priority over general traffic in intersections.

Bezdek reignited the conversation and collected positive feedback from fellow members at the September meeting.

“We are asking cars to wait an additional 15 seconds as a high-occupancy vehicle moves through the intersection without interruption,” Bezdek said.

To build a customer base, vehicles arriving on time and serving as a reliable mode of transportation are crucial, Harding said.

“There are going to be a lot of people who … will wait to see how convenient it is,” Harding said. “One way to make it convenient is signal prioritization.”

Signal priority can increase the life expectancy of streetcar batteries, which will be used when cars run off-wire in specific route locations.

Subcommittee members plan to review policy language and possibly call it to a vote. If approved, an advisory board would inspect it before moving the policy to the council, which then determines if the strategy will become reality.

“It is not something to compromise on,” Bezdek said. “This is a major project. Why wouldn’t we give it every advantage to be successful?”