Rep. Kendra Horn raised the most money among the state’s Congressional delegation, but she stays focused on addressing the needs of Oklahomans. 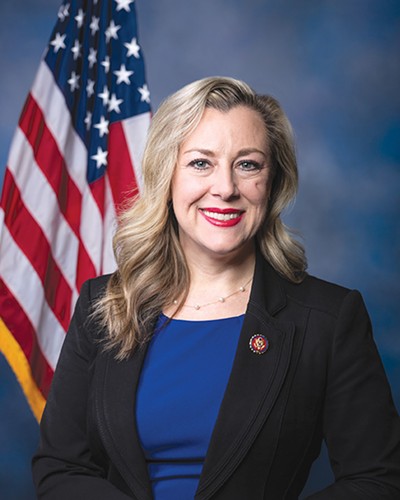 Freshman congresswoman Kendra Horn completed her first 100 days in Congress boasting support for bipartisan legislation and community outreach. Though she has raised more than $370,000 since January and outpaced fellow Oklahoma congressmen, she continues to prioritize “common sense” legislation.

“That is separate from the work I have been doing as a member of Congress,” she said. “I’m very proud of that; that’s an important step in moving towards 2020, but these first 100 days have really been focused on how we can show up and understand the needs and the concerns and the challenges of people here in Oklahoma.”

National Republican Congressional Committee has its sights set on Horn’s district seat for 2020, which is widely considered a toss-up. Horn previously told Oklahoma Gazette that while she is working hard to defend her seat, her primary focus is to represent, serve and interact with her constituents. To that end, she said her district offices have moved to 400 N. Walker Ave., Suite 210, to be more accessible to the public.

“I am so proud that in this first 100 days, we’ve built a really strong foundation,” she said. “My priority first and foremost is doing everything we can to be the best representative for all of Oklahoma’s 5th Congressional District regardless of their background or political affiliation. … I’m a co-sponsor and original co-sponsor of 31 different pieces of legislation. Almost 70 percent of those are bipartisan legislation; I’m very proud of the fact that I’ve been working together with my colleagues on both sides of the aisle to support programs and services that are critical to Oklahomans.”

For the first time ever, Congress began in the middle of a shutdown that went on to become the longest government shutdown in history. One of the first pieces of legislation Horn co-sponsored aimed to create incentives to prevent that from happening again.

“The bottom line is that we should never be using shutdowns as a tool to solve a political dispute. It is just wrong for us to put the burden of inability to compromise on the working people of Oklahoma and the rest of the country,” Horn said. “The Shutdown to End All Shutdowns Act shifts that burden of responsibility and would prevent people from being furloughed or being forced to work without pay by putting the responsibility on the shoulders of the decision makers, including Congress and the administration.”

Horn has continued to focus on key campaign issues like education, health care, women and families. Along with Oklahoma congressmen Markwayne Mullin and Tom Cole, she co-sponsored a bill to fund Indian Health Service despite the government shutdown.

“I am so proud that, in this first 100 days, we’ve built a really strong foundation.” — Kendra Horn tweet this

“We’ve really been focusing on critical issues like education, health care and changing the way Washington works, as I talked about during the campaign,” Horn said. “In those veins, I’m very, very proud to have voted for and supported the reauthorization of the Violence Against Women Act, which expands access and programs to include more Native American women and making sure those nations are better served.”

Horn also supported the Paycheck Fairness Act, which recently passed out of the House and is intended to make sure women and men are paid equally.

“It’s not an issue just for women; it is an economic issue for all of us because when there’s such a large pay gap, that impacts the ability of households to do what they need to do and it impacts the money going into our community,” she said.

In trying to change the way Washington works, Horn also supported the For the People Act of 2019, which purports to make voting easier and elections more secure.

“It’s making it easier to vote, not harder, ensuring that everyone has access to the ballot box and shining a light on dark money groups that have been able to influence our elections without transparency,” she said.

Horn also voted to pass the Save the Internet Act, a piece of legislation that would restore net neutrality rules repealed in 2017. She said this is important for Oklahomans, especially in rural areas, because those without quality broadband internet are at a disadvantage economically and competitively. The act would prevent service providers from blocking or throttling internet service or limiting consumer access through paid prioritization.

One of Horn’s top priorities is to stay engaged with her constituents and meet with as many Oklahomans as possible. She has hosted about eight town hall meetings and other events in her district to interact with constituents. And while Congress is in recess, Horn has spent the past week attending various events in the state.

“We’ve also spent time touring a number of our local businesses and industries and meeting with them to talk about their workforce needs from the health-care field to aerospace, amongst other things,” she said. “We’ve spent time also taking a look at — in addition to our aerospace contractors this week — really looking at and understanding the breadth and the depth of the work that our medical service providers and research plays in Oklahoma.”

Through those interactive events, she has learned about more problems affecting Oklahomans.

“We’ve reached out to a lot of Oklahomans to begin helping them with issues they face with the federal government, and that, to me, is at the heart of what it’s about,” she said. “It’s about making sure that we’re meeting their needs and talking with people across the district about how we can better serve our students by addressing our student loan debt. We’re working on some legislation there and also building a capacity for jobs and skills training that will make our economy stronger.”

Moving forward, Kendra plans to continue building on the foundation she has built in her first months in office. She will focus on health care, education and the economy.

“I like to think of them as a three-legged stool with the people of Oklahoma right at the heart of that,” she said. “We have to continue to fight to protect people with pre-existing conditions from losing their health care, to ensure that lifetime caps are never a thing again, and the next big step in this puzzle is lowering the cost of prescription drugs. … We are actively working with our CareerTech system, with our business owners and with others to help build the infrastructure for more programs for aerospace jobs as we bring jobs here.”

Horn said constituents can expect to see her and her team in the community, and she encourages anybody to reach out to either of her offices.

“I myself and my team are basically your front door to your federal government, and we can help individuals who are trying to work their way through any issues related to federal government programs; we are here to help,” she said. “We’re here to be a resource and a tool, and please don’t hesitate to reach out to us.”