Prolific musician Jim James brings his 2018 albums and the band whose album he produced to Tower Theatre. 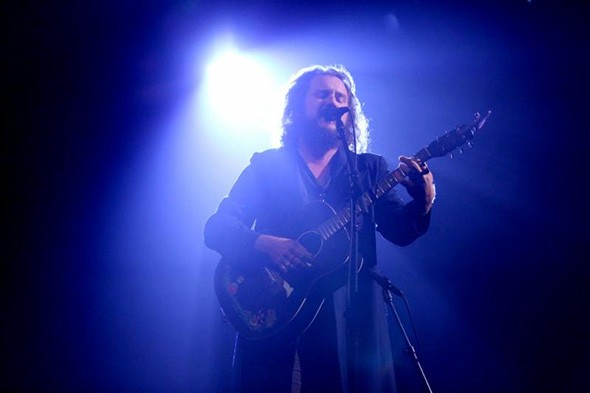 Following up the fan-favorite albums he released as a solo artist and as frontman for My Morning Jacket never really worries Jim James in the recording studio.

“I try not to think about it too much,” James said. “I just usually let the song speak to me and follow with it. … I’m so in love with the project when I’m doing it that it kind of consumes me, and I don’t really think about the past or future. I just kind of get into the thing, and then, usually — knock on wood — I’ve got something else that I’m ready to work on once I’m done with it. It’s almost like — I don’t know if you’ve heard musicians say this before — but by the time a record finally comes out, you’re already working on the next record. By the time you finish a record, by the time it all gets into the label system and they decide when’s a good time to release it and then you finally do a tour for it, I’m already working on a couple of different records, but that’s the cool thing about music though, is hopefully, you create music that you love, that’s timeless, so you’re excited to play it.”

James released two albums in 2018, electrified Uniform Distortion and its acoustic counterpart Uniform Clarity. He toured in November to support Clarity, but his OKC stop May 12 at Tower Theatre, 425 NW 23rd St., will be mostly plugged-in.

“This is more of an electric tour, more of a rock ’n’ roll thing, but I’ll still play a couple of acoustic songs at these shows, too,” James said. “This will be cool to play because we never really got to tour the Uniform Distortion songs, so we’re really excited to do this tour for this record that we were proud of. And the spirit of the record is just kind of, like, fun; you know, just loose rock ’n’ roll. There wasn’t any real heavy-duty planning or heavy-duty overdubbing or anything like that. I just wanted it to be really spontaneous and really raw and just the spirit of rock ’n’ roll.”

He is amped to play a set with a full band, but James said he continues to return to playing “acoustic or folk or whatever … just a voice and a guitar” because it’s a “timeless format” that’s “always kind of fun to do.”

“Sometimes you find a different way to play it that’s more satisfying on acoustic,” James said. “You change the key or you can just do things in a different way because you’re freer. You don’t have anybody else waiting to play the song with you. I just enjoy it. I wouldn’t say I enjoy it more or less than playing with the band, but I do enjoy it.”

An upcoming album James said is scheduled for release later this year will feature The Order of Nature: A Song Cycle, a collaboration with conductor Teddy Abrams recorded in Kentucky with Louisville Orchestra last year.

“It’s ‘orchestral,’ for lack of a better word,” James said. “I like that the next thing coming out is an orchestral thing that’s completely different than Uniform Distortion or Uniform Clarity. I just love music so much, and music is just an inexhaustible source. There are so many different things you can do with music, and there are so many different styles of music and people you can listen to. I don’t know; I guess it’s just half the song for me is trying to figure out a different style or combining styles that aren’t really combined, or whatever. It’s such a fun thing.” 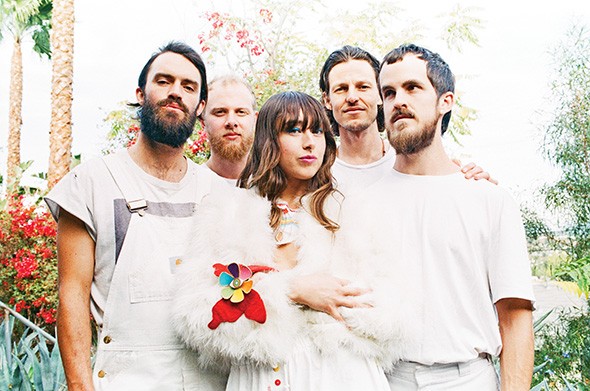 James also produced his tour mates Amo Amo’s self-titled debut, released in April. Vocalist Love Femme, who uses nonbinary pronouns zi and zir and fronts the band along with Omar Velasco, said James’ love and understanding of different types of music and willingness to improvise was irreplaceable in the studio.

“Jim was a magnificent producer,” zi said. “He really knows the band. He knows we’re eclectic, free-flowing, kind of intuitively driven. … He really was essential to forming the identity of each song because it was a bit of an experiment, throwing it all together, and when we finally were like, ‘OK, we’ve been working for a few weeks and these are all the songs that could potentially go on the album, we had about 80 minutes worth of music, and we were supposed to get it down to, like, 40. Jim just really kind of took the reins on helping us feel like, ‘This is a song. This is where it starts. This is where it ends.’”

Thanks to James’ contribution, the end product, Femme said, was “a whole, living, breathing thing instead of this crazy, amazing experiment.” Amo Amo, which has also opened for legendarily difficult to define Os Mutantes, has been described as psychedelic dream pop and funk fusion, but neither label seems to completely encompass the band’s sound, which Femme said is as diverse as its five members, who have previously worked as studio session musicians in Los Angeles.

“I think it’s really fascinating how eclectic all of our music tastes are as individuals,” zi said. “It’s really an exploration of the soul of each person in the band. … It’s kind of genre-bending. Trying to slap a label on anything nowadays is going to raise a couple of eyebrows. … People listen to our music, and each person says it reminds them of something else.”

While each of Amo Amo’s members might have different musical tastes and backgrounds, Femme said their varying perspectives never complicated the recording process.

“The core of this band is friendship and mutual respect for one another as artists,” zi said. “We’re really aware of how blessed and how lucky we are to be able to make music with our friends, so we really honor that. … I think that art is how we find our soul family, our star family, our soulmates here on earth. … Being session musicians, it’s like we play in so many other people’s bands that to be able to have the opportunity to play our own music that we want to play and that we create ourselves is spectacular. It’s really cool.”