Study finds arts have a significant impact on Oklahoma's economy 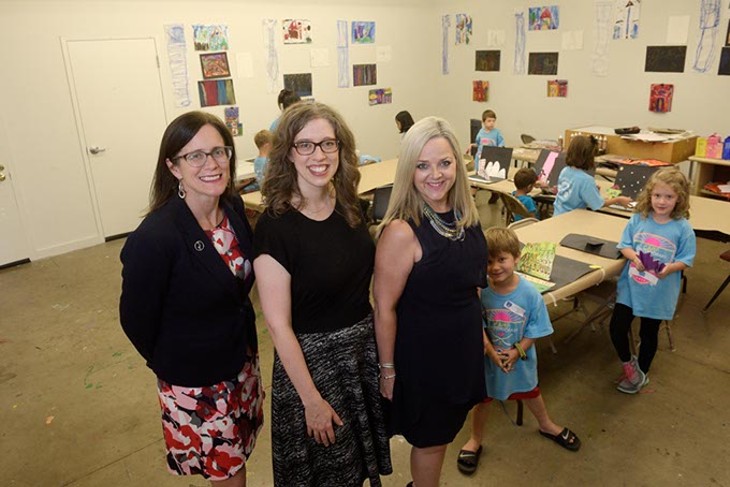 Following last week’s release of Arts & Economic Prosperity 5: The Economic Impact of Nonprofit Arts & Cultural Organizations and Their Audiences in the State of Oklahoma, supporters now have compelling data that proves the arts have value beyond enrichment, entertainment and education — they fuel the economy.

According to the report, nonprofit arts and culture organizations and their audiences contributed $872.8 million to the state economy in 2015.

In the greater Oklahoma City area, the nonprofit arts sector pumped $602.7 million into the economy.

Nationally, the survey found nonprofit arts and culture organizations had an economic impact of $166.3 billion.

Those are some of the impressive numbers in the report, said Julia Kirt, executive director of Oklahomans for the Arts, a statewide organization dedicated to increasing support for arts, culture and arts education.

“Arts and cultural organizations are usually cautious about describing their economic impact,” said Kirt, who believes that will change thanks to data in the local, state and national research initiated by Americans for the Arts. The study is the largest of its kind examining the economic impact of nonprofit arts and cultural organizations and their audiences.

“I think people frequently think they are throwing their money down a black hole when they send it to arts or cultural organizations,” Kirt said. “Even though we want education to be enough, community-building to be enough, we have to also talk about this part of it, and the money does have a return. … We hope, at the very least, this changes people’s view of art events from being charitable to being something that generates revenue and local spending.”

Oklahomans for the Arts was instrumental in collecting data from 392 of the state’s more than 700 arts and cultural nonprofits for the report. Additionally, the findings related to the 3,823 surveys returned by both residents and non-residents visiting Oklahoma arts events or museums. Allied Arts, Arts Council Oklahoma City, the City of Oklahoma City, Norman Arts Council and The Arts in Guthrie contributed to the research. The last study of this depth of the economic impact of arts and culture in Oklahoma was completed in 2009, Kirt said.

While the data proves the arts are a powerful generator of economic activity, the figures also show the state’s arts and culture sector is trending in the right direction, said Kirt and Kelsey Karper.

“Even though we gathered from more audiences for this survey, the growth speaks volumes,” Kirt said. “It means that our arts organizations are functioning savvier. Not only do they know how to market their events, they are providing something people want to go to: relevant programming that attracts people.”

Karper said high-quality arts and cultural events attract visitors from within and outside Oklahoma. Of the 12.7 million attendees, 1.5 million were nonresidents spending on average $92.83 in the local community. Oklahoma attendees spent $31.93. Cultural tourism has an economical advantage for both the event and the communities, said Karper, who served as project manager for the two-year study. When attending a cultural event, attendees often eat dinner at a local restaurant, pay for parking, buy gifts and souvenirs and pay a babysitter. Some stay overnight in a local hotel.

She hopes Oklahoma’s arts groups will expand marketing efforts well beyond the boundaries of any one town.

“I think arts and culture organizations are very efficient in their use of funds when it comes to marketing dollars,” Karper said. “They are targeting to the audience that would be most receptive. I think this study will encourage those organizations to go beyond their local community. We know that people will travel to another community to attend arts and cultural events.”

Arts advocates like Karper and Kirt see the arts as a fast-growing industry in Oklahoma. The figures also included 29,165 full-time arts and cultural jobs in the Sooner State.

Perhaps an unexpected study outcome is a stronger connection among the state’s arts and cultural organizations, Karper said, which could lead to strategic partnerships, the pooling of resources and delivering even more high-quality arts programs to Oklahoma audiences.

“Beyond the data, I think the study process has given our statewide arts community a reason to come together,” Karper said. “We’ve always been very supportive of each other, but having a project like this has brought us closer and created a line of communication. I think that will carry forward and make us a much more united community.”

A tale of three cities

Spending and economic impact in greater OKC, Norman and Guthrie:

Economic impact of the arts in Oklahoma:

Cultural tourists spend an average of two-thirds more per person per event than Oklahoma-based audiences.

Resident vs. cultural tourist spending per person per event in Oklahoma:

(not purchased at the event)