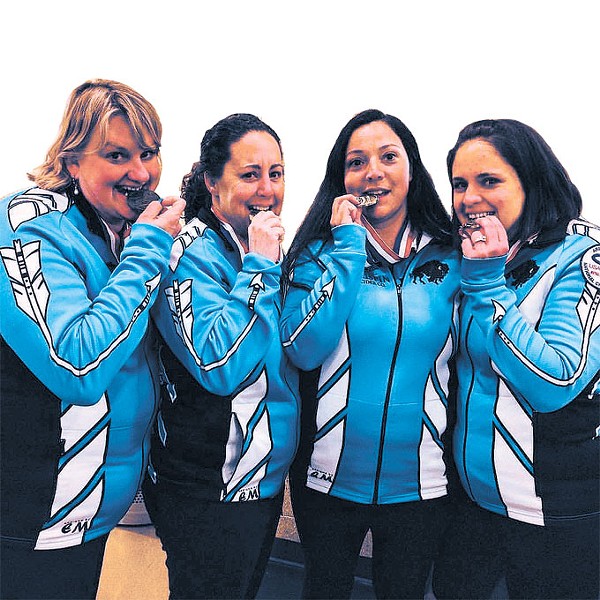 Perhaps no Winter Olympics sport more than curling engenders a response of “I can do that” from the average view on the couch.

Since its introduction to the Olympics in 1998, curling — the sport that features teams of four furiously sweeping in front of large granite stones across ice, aiming for a target, like an interactive game of horseshoes — has gained popularity.

TapWerks Ale House owner Jeremy Witzke watched the event during the 2010 Winter Olympics and remembers thinking that it looked fun. A few years later, when he and his wife Kristy were looking for a date night after the birth of the first child, they wanted to give an Olympic sport a try.

After first attempting fencing and deciding it wasn’t for them, the couple attended a Learn to Curl event at Devon Ice Rink. The owner of a successful Bricktown bar, Witzke was drawn to curling when he noticed his instructor holding a beer.

“He said the best thing about curling is that you never have to worry about your beer being hot and he set his beer down on the ice,” Witzke, who is now president of Oklahoma Curling Club, said. “I then figured it was for me.”

Witzke remembers his reaction the first time he heard that an elite-level sweeper can burn as much as 1,500 calories during a full-length curling event.

“I didn’t believe it, but after I got out there, I was like, ‘Oh, never mind; you’re right,’” Witzke said. “You’re using a lot of core strength that you don’t realize [from watching]. You have to stay balanced on the ice while you’re moving.”

What started as a weeknight getaway for the Witzkes has turned into a fulltime hobby as they travel across the country to compete in tournaments for men’s, women’s and mixed doubles, which is making its Olympic debut in 2018.

Kristy Witzke is a member of a women’s division team based out of Arctic Edge Ice Arena in Edmond that took home the 2017 Arena National Championship. 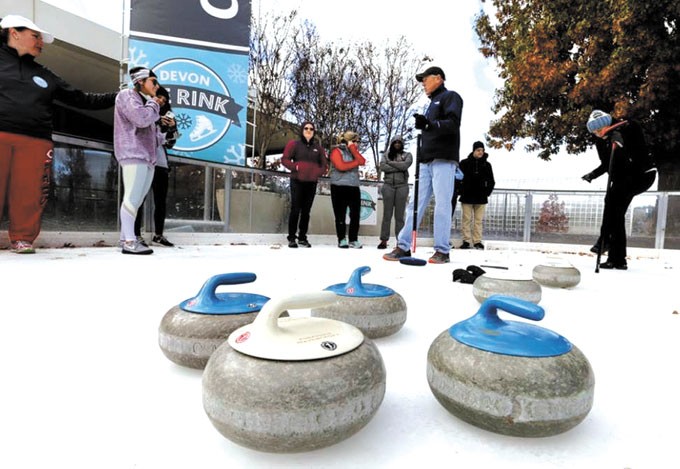 Arena level games consist of eight ends, like an inning in baseball; each team gets a turn to throw the 44-pound granite stone to the circular target, which is called the house. Olympic level curling consists of 10 ends.

Teams of four are comprised of three sweepers and one skip, who stands near the house to provide instructions to the sweepers on their way to target the stone. Members switch positions throughout the game.

Members from both organizations will be at the Winter Olympic Expo Jan. 13 at Devon Ice Rink at Myriad Botanical Gardens and Park House to provide instructions and hands-on training for curling.

In addition to curling, expo athletes will provide training for hockey and figure skating. Tickets to the 4-8 p.m. event are $8-$15.

“We’ve never done anything like this before,” Ashley Elkins, director of events at Myriad Gardens Foundation, said. “We are always looking for way to draw a crowd to Devon Ice Rink after the holiday season, so we thought this might be a great way to do that.”

Devon Ice Rink has hosted six other Learn to Curl events this winter season, all of which sold out quickly, said director of marketing and public relations Leslie Spears.

For those interested in curling, Arctic Edge will also host a novice league 4-6 p.m. Sunday. The Witzkes, usually on the same mixed double team, will split up as new members are paired with those with experience to learn the basics of the game.

“It’s a chance to try it out without jumping all the way in,” Witzke said, noting that all equipment will be provided. “It’s not like one of the other sports were you have to drop a hundred dollars just to get your feet wet.”

The 2018 Winter Olympics in Pyeongchang County, South Korea runs from Feb. 9 to Feb. 25. Oklahoma Curling Club has about 75 total members, Witzke said, but the number always increases following the broadcast of the winter games.

Events like the Winter Olympic Expo will provide an extra boost.

“We’re really excited about the opportunity to showcase,” Witzke said. “Hopefully we get people sweeping and throwing as quickly as possible so they can try it and want to come back and join the club.”