Oklahoma City and Tulsa are getting inundated with concerts this summer.

Not long ago, a roundup of notable concerts hitting Oklahoma in a given summer would have been depressingly Tulsa-heavy. Our neighbor to the northeast is well-represented on the list below, but at the risk of jinxing an encouraging trend, fans of music in many genres can get their concert fix without ever leaving the OKC metro. Now if we can just shed the reputation for loudly talking through shows…

Electronic music buffs should stock up on glow sticks now for The Crystal Method June 7 at IDL Ballroom, 230 E. First St., in Tulsa and Liberty & Lasers July 4 at Lost Lakes Amphitheatre, 3501 NE 10th St. In fact, just keep an eye on both of those venues as well as promoters Subsonix because there seems to always be a beat just about to drop.

If you like indie rock (whatever that means), Father John Misty returns to Oklahoma, this time with Jason Isbell June 29 at BOK Center, 200 S. Denver Ave., in Tulsa; oddly punctuated Portugal. The Man plays July 19 at The Criterion, 500 E. Sheridan Ave.; Pedro the Lion and mewithoutYou get the party angry and sad Aug. 8 at Tower Theatre; This Will Destroy You keeps it instrumental Aug. 14, also at Tower; Vampire Weekend jams Aug. 16 at The Criterion; and Glen Hansard does the thing he does Sept. 16, also at Tower.

Hip-hop and R&B heads enjoy an embarrassment of riches this summer with Juice Wrld and Ski Mask the Slump God June 11 at The Criterion, Thundercat June 13 at Tower Theatre, 21 Savage and Dababy July 10 at The Criterion, Khalid July 19 at Chesapeake Energy Arena, Cardi B July 23 at BOK Center in Tulsa, Bone Thugs-n-Harmony Aug. 7 at Tower Theatre, and Devin the Dude Aug. 15 at Tower.

Children of the ’90s will no doubt be stoked to learn that Big Head Todd & the Monsters and Toad the Wet Sprocket play June 23 at Cain’s Ballroom in Tulsa; Built to Spill plays July 22 at Tower Theatre; Nelly hopefully does not weirdly serenade any underage girls June 26 at Diamond Ballroom, 8001 S. Eastern Ave.; and Interpol is totally the next Joy Division Sept. 17 at The Criterion.

You can bet your boots concertgoers keeping it country will be chomping at the bit to see James McMurtry June 2 at Mercury Lounge, 1747 S. Boston Ave., in Tulsa; Marty Stuart (paired a little improbably with Steve Miller Band) June 15 at River Spirit Casino, 8330 Riverside Parkway, in Tulsa; Son Volt June 18 at The Jones Assembly, 901 W. Sheridan Ave.; Wynonna (as in Judd) & the Big Noise July 12 at Riverwind Casino, 1544 OK-9, in Norman; and Alan Jackson Sept. 14 at Chesapeake Energy Arena. 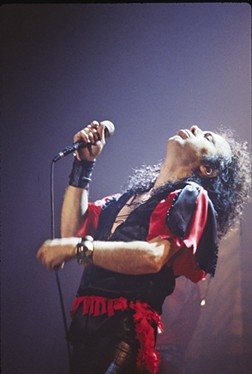 Classic rock fans can bid farewell to retiring Peter Frampton June 18 at Hard Rock Hotel & Casino, 777 W. Cherokee St., in Catoosa; holy dive into the uncanny valley with Dio’s hologram June 20 at The Criterion; throw up the horns for Alice Cooper and Halestorm July 28 at The Zoo Amphitheatre, 2101 NE 50th St.; say goodbye to what is left of Lynyrd Skynyrd Aug. 10 at Chesapeake Energy Arena; gather in their masses just like witches at black masses for Zakk (As in Wylde) Sabbath Aug. 26 at Cain’s Ballroom in Tulsa; and carry on now, wayward son, with Kansas Aug. 30 at Riverwind Casino in Norman.

If you like your rock a little bit louder/angrier, get your earplugs ready for Full of Hell and Primitive Man June 5 at 89th Street — OKC, 8911 N. Western Ave.; Jawbreaker June 25 at Cain’s Ballroom in Tulsa; X July 1 at Tower Theatre; and MDC and Verbal Abuse Aug. 6 at 89th Street — OKC.

For concert experiences that are too awesome and/or insane to fit into one of the above classifications, check out Ani DiFranco June 1 at Tulsa Performing Arts Center, 110 E. Second St., in Tulsa; “Weird Al” Yankovic with a symphony orchestra June 21 at The Zoo Amphitheatre; Man Man with Rebecca Black July 8 at Opolis, 113 N. Crawford Ave., in Norman; Béla Fleck & the Flecktones July 24 at Tower Theatre; and Flying Lotus Aug. 18 at Tower. 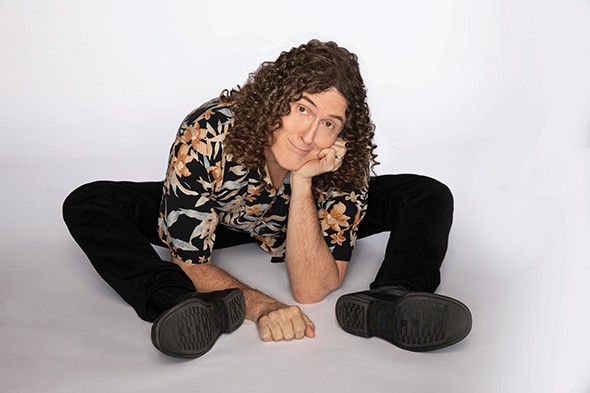 Fans of easy punchlines should be pleased to note Insane Clown Posse will be attempting to figure out magnets June 1 at Diamond Ballroom, former Creed frontman Scott Stapp will take us higher with arms wide open July 14 at Tower Theatre, Nickelback will be Nickelbacking Aug. 16 at River Spirit Casino in Tulsa, and Jimmy Buffett will be wasted away again with a crowd of boat-shoe millionaires June 4 at BOK Center in Tulsa. But if after reading this whole concert rundown, the best thing you can think of to spend your money on is irony, it is your own damn fault.