Oklahoma is an ideal climate for growing cannabis, but whether June is too early or late to put your plants outdoors is a matter of opinion. 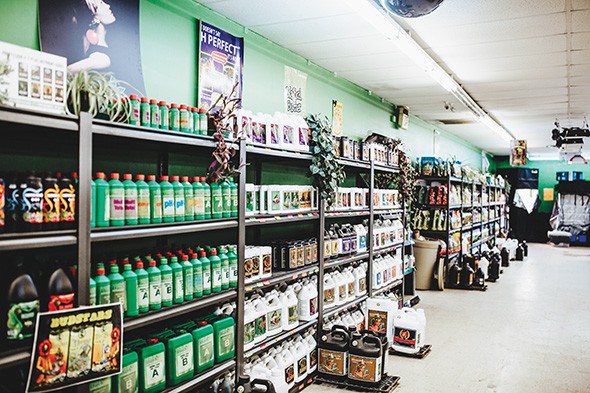 Whether mid-June is too early, too late or just the right time to start your outdoor grow for Oklahoma’s climate is a matter of opinion, but three local growers agree that the state is an ideal place to cultivate cannabis.

However, now is definitely too late to be popping seeds and testing genetics. If you have not already been preparing your plants indoors, clones are going to be the way to go.

“Right now, we’d be starting clones,” said Justin Jicha with Organics OKC. “Late season clones. So we’ll be pushing into October before harvest. So if we get early freezes, that could be a problem. Spend the extra $25 to $55 on your strain that someone’s already grown up for you, harden it off and plant it in your garden.”

But even though he thinks it is late for outdoor planting, it is not impossible.

“Last year, I got my license towards the middle of September,” Jicha said. “I popped autoflower seeds. I got a harvest before the end of October. Autoflowers, they’re so quick. It wasn’t great product, but it was homegrown quickly done outdoors and it was mostly just to prove I could do it when everybody else was saying, ‘No, you can’t.’ Autoflowers, you can. Photoperiods, you’d be running into trouble because they’re not going to flower as quickly as an autoflower. Autoflowers’ lifespan, when it’s mixed correctly, is going to be 45 to 65 days typically for an indica-bred one; sativa will be closer than 90. So if you’re trying to do late, definitely go with the indica autoflowers.”

“One of the great things about Oklahoma is we’re a zone 7b, which, if you look at the world, all the greatest cannabis grow sections of the world are zone 7b,” he said. “Mendocino County, over in the Middle East, all over through India, Vietnam — all these great areas where we get our wonderful strains that we’re always like, ‘Yeah, these are amazing.’ All zone 7b. The entire state is prime, not just a little section of it like in California.”

“For the hobbyist that’s trying grow it for their medicine, I do recommend indoors. If you’re going outdoors, I usually end up with a lot of seeds because there’s a lot of hemp farms here. Pollen will travel for miles. There’s current lawsuits from New York suing California on polluting their air with pollen. I was shocked to hear that myself,” Jicha said. “People think that, ‘Well, a little pollen’s not going to hurt.’ One grain of pollen has enough spores on it to pollinate every cannabis plant on Earth 80 times over.”

John Degerness of Lucky’s Grow Supply thinks that it is still way too early to be planting outdoors.

“Right now, we get about 14 and a half hours of daylight and people that are going outdoors are seeing that their plants are starting to flower. Well, that’s not the normal timeline for cannabis. Cannabis, it finishes in the early to mid fall, especially here. So, yeah, their plants are going to start flowering right now, and then once summer days get longer, it’s going to go back into veg and then once they start getting shorter, as fall kicks into full swing, we’re flowering. I’m telling people not to go outdoors until about mid-July,” he said. “When you’re growing cannabis, you need more than 14 hours of daylight to stay in a vegetative state. Anything under 15, 14 hours is going to trigger flower. That’s why you try to keep your lights on for vegetative growth at least 18 hours. And you can leave them on for 24 hours; you don’t have to actually have a dark period. Your veg growth will be slower. And then once you want to start flowering, you take it to 12 on 12 off, well below that 14 hours. That is what tells the plant that, ‘Okay, we’re now getting into fall. There’s shorter days; you better start reproducing now.’ It starts producing flower, and that flower’s looking to get pregnant. Pollen would normally be in the air in an outdoor environment, so that how the plant gets pollinated. And then the female plant would grow seeds, it would die off, dumping those seeds all over the dirt and the process would continue next season.”

“Our climate, it lends well to South American sativas because they did a similar climate style. Some Ecuadorian sativas out of landrace would do crazy well,” Degerness said.

And Chris Brady of Redbud Soil Company thinks now is the best time to go.

“June 1st is like your safe date, but with the weather that you guys have been having, I know some people that are holding off a week or two and doing more prep work just to be safe because your pots will just turn into fucking ponds and the plants will just rot,” he said. “You’ll get root rot and they’ll just die.”

Brady recommends using organic soil like the kind Redbud Soil Company sells and planting now to have your harvest completed by late summer or early fall.

“The thing to consider is we all know that when the State Fair comes, it rains, and that’s about when the first part of harvest season begins,” he said. “So all the other variables you got to deal with throughout summer, all the insects, the heat, the wind, the humidity, you get through all of that, then you’re going to get rain for like two or three weeks, and you can get bud rot and that whole crop’s just fucked. For higher success rate, I would try to find some clones that are really indica-dominant that flower very fast, and that you can maybe pull towards the end of September.

“Me personally, I’m a sativa guy,” Brady said. “I would have a sativa that’s going out there until goddamn Christmas. It’s new to most everybody there. They should go with like some sort of indica-dominant, something that just flowers pretty fast. The longer it’s out there, the longer it’s alive, the more shit’s going to get fucked up, so you want to lessen the likelihood of it and just get a crop under your belt and learn from it, and then next year, if you feel like you want to try some sativas, try some sativas.”