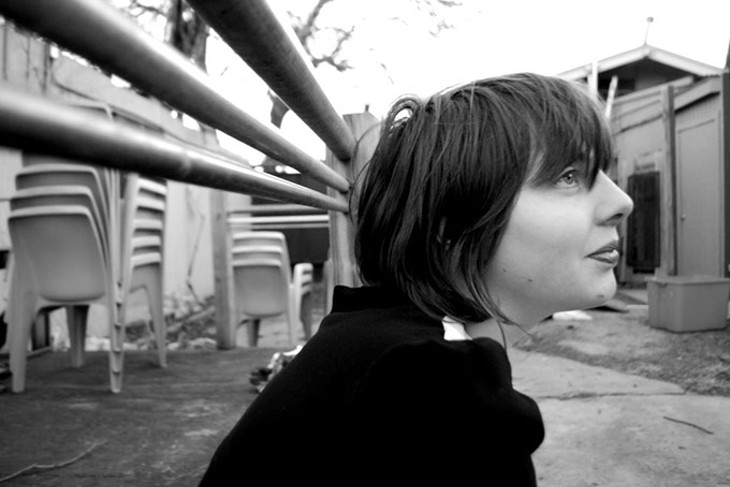 When M. Bailey Stephenson moved back to Oklahoma City from Chicago, the musician, singer and songwriter knew she would have a period of adjustment. Stephenson, who performs as Sun Riah, left Oklahoma to pursue an education at DePaul University, but not in music.

“I ended up doing a degree in modern language and literature,” Stephenson said. “But I bought my first harp while in Chicago.”

Stephenson grew up in Stillwater, Guthrie and Mulhall but graduated from Putnam City West. Throughout school, she played piano, wrote songs and performed in musical theater. In Chicago, she met several harpists, and she knew she wanted to play it.

“I love the harp,” Stephenson said. “I love the possibilities and potentials of the instrument. I love that I hug it when I’m playing and that it’s played with the fingertips, that I can feel the vibrations. It seems to be a delicate instrument, but it is strong, powerful and expressive.”

That sort of thoroughness — the descriptors that come from deep reflection — is characteristic of Stephenson’s songwriting, too. She is thoughtful and contemplative in ways that lend themselves to the task of playing an instrument that demands high levels of skill and seriousness.

Her chosen niche — call it genre if you must — is certainly experimental. Bandcamp even categorizes her latest album, Firefly Night Light, as shoegaze, a descriptor that is both understandable and unfair. Her songs do seem to come from a pensive internal conversation, but they are well-crafted, arresting, even heartbreaking when Stephenson adds her plaintive vocals.

“The new album is focused on time and place,” Stephenson said. “It goes back and forth between memories and what is resonating with me now.”

The album also contains meditations on what Stephenson calls divides, the experience of growing up in a rural setting but graduating high school in an urban one. She talks about the divide between Oklahoma and Chicago, too.

“I loved Chicago, but I knew I would have to come home to Oklahoma at some point,” she said. “Some of the songs are about living in Chicago and longing for home and then, after the homecoming, struggling to find home in Oklahoma, to adjust to the belief systems and place.”

Themes of relationships and loss are common in Sun Riah’s music, and Firefly Night Light is no exception. The difference between the new album and her older work, though, is that the second half of the new project builds toward a lighter, more hopeful conclusion. Stephenson said the hopeful conclusion was intentional. She’s happy where she is musically, and she enjoys the process of being a graduate assistant at the University of Oklahoma, where she studies cultural anthropology. The teaching helps her feel grounded and connected.

“I do like where I am now, but that doesn’t mean I won’t keep growing, shifting, changing,” she said. “I have learned how to make better realities for myself, including an appreciation for the present. I have always been filled with wanderlust, but I am starting to appreciate where I am.”