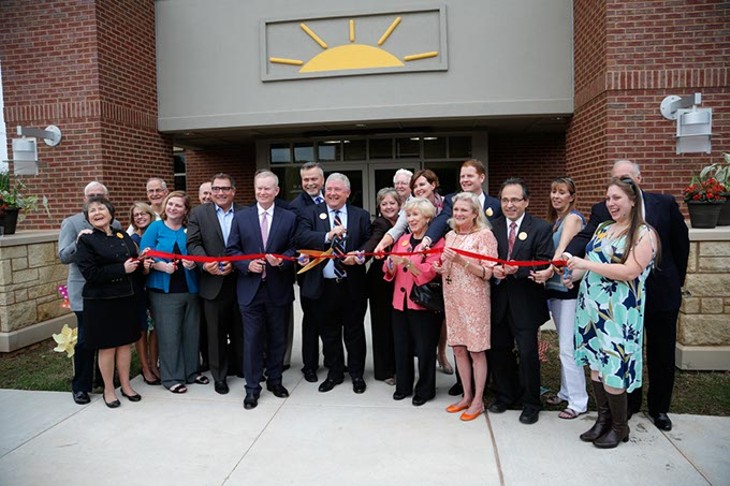 In 1907, Sunbeam Family Services opened its doors to serve neglected children in the Oklahoma City area. Since then, it has expanded its services, reaching more than 8,300 people in the area last year. Its services include counseling, an emergency shelter for the elderly, foster parent placement and an early childhood education program for at-risk youth.

Recently, Sunbeam relocated to a new campus that boasts more than 45,000 square feet. Erin Engelke, chief external relations officer at Sunbeam, said the new building allows them to reach even more people. It also feels more like a home, with a fireplace in the lobby and sitting areas in which members can converse.

“Truly, Sunbeam is home to so many throughout the Oklahoma City area. Clients, staff, volunteers and donors are an extended family to each other,” Engelke said.

Jim Priest, the CEO of Sunbeam, said its main mission is to serve the poor and working poor of central Oklahoma.

“We serve people from cradle to crane. All ages and stages of life come through our doors,” Priest said. 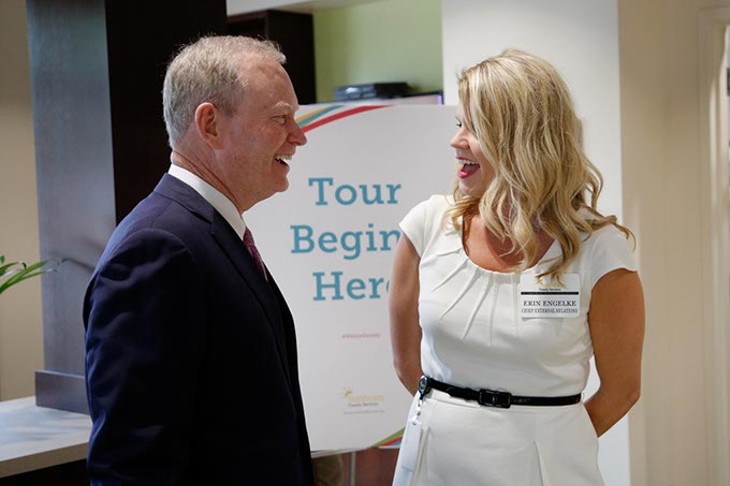 When Kerstin Gonzales, 19, received a Kia car from Thunder star Russell Westbrook, it was Engelke who had recommended her for the gift.

“I knew she was the perfect recipient for the car. She has come such a long way, and she deserved it,” Engelke said.

After becoming pregnant at 14 years old, Gonzales dropped out of high school and moved in with her grandmother.

Gonzales said that through the support of Sunbeam — it provided diapers, wipes, clothing and daycare — it was possible for her to attend Emerson Alternative Education High School.

She graduates this month and hopes she will work at Sunbeam in the future.

“I would love to be part of changing people’s lives like mine was changed,” she said.

Oklahoma currently ranks first in the nation for women incarcerated and second for adults struggling with mental illnesses. In addition, parts of Oklahoma City have the highest childhood poverty rate, child abuse and neglect in Oklahoma County. Priest said these statistics highlight the reason Sunbeam is an integral part of the city.

“We are in our 108th year of providing services to people,” Priest said. “We stand to not only be a provider of services, but also a preventer of need for those services by working on upstream solutions to the problems we face.”

Print headline: Facilitating family, Sunbeam has helped youth and working-class poor for more than 100 years, and it is still expanding.