Oklahoma County residents will get to vote on Sunday liquor store sales at a March 2020 special election. 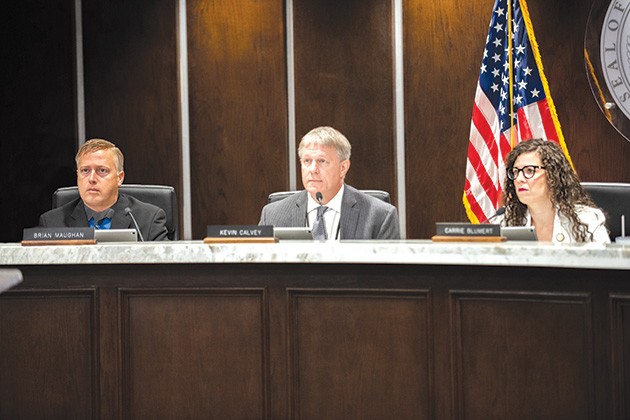 Oklahoma County will decide whether or not to approve Sunday liquor store sales early next year. The Board of County Commissioners voted 2-1 to let residents decide at a special election March 3, which will coincide with the state’s presidential primary. Tulsa County commissioners decided in November to let residents vote on the issue.

After deferring the decision from Dec. 2, Carrie Blumert (District 1) and Kevin Calvey (District 3) voted in favor of the special election while Brian Maughan (District 2) voted against it at last week’s meeting. Blumert brought the measure forward after learning that stores like Walmart, Target and Homeland can sell beer and wine while local liquor stores cannot.

“I have only heard positive support,” Blumert told Oklahoma Gazette. “I randomly called some liquor stores in my district … and just asked the owner, ‘What do you think of this?’ Every single owner was supportive of it.”

Calvey also spoke to liquor store owners and his general constituents about the topic.

“Store owners and constituents in my district wish to have the say,” Calvey said at the meeting. “I do also appreciate some who voiced an opinion and a very understandable and legitimate concern about alcohol and some of the damage that that can cause in our society.”

However, he also said that what overrode the concern was part of the new statewide laws passed in late 2018 that allowed grocery and convenience stores to sell full-strength beer and wine every day.

“Grocery stores and convenience stores are now allowed to sell wine on Sundays, and so this just really evens the playing field in terms of different vendors for that,” Calvey said. “It seemed to be the, at least in my district, the majority view amongst both those who have the stores … and members of the public.”

Maughan said he didn’t want to vote on anything that would weigh on his conscience. He referenced his recent opinion piece in The Oklahoman in which he discussed the dangers of addictive substances.

“That will translate into hopefully a little more revenue and keep some money local and keep some local businesses open.”
—Bryan Kerr tweet this

“For a state that worries rightly over the costs of addiction, Oklahoma has made some baffling choices in recent years. From marijuana stores on every corner to the sale of strong beer and wine in grocery and even drug stores — and in cutting penalties for some cases of drug possession — we have become an addict’s paradise. Now several Oklahoma counties are considering legalizing liquor sales on Sundays and other holidays,” he wrote. “I will vote against the measure to submit that change to a popular vote. We need to rethink how we are handling the availability of addictive chemicals, and the harm that availability is doing.”

At the meeting, Maughan also referenced the recent passage of MAPS 4, which promises to allocate millions of dollars for mental health services.

“I just don’t want to add, to contribute towards that even if it’s just one person,” he said. “Having lost a staff member who was a victim of a person who was under the influence when he killed her, and another staff member has lost a child to addiction, so we’re very sensitive to it in District 2. I do appreciate the free-market aspect argument, but given the life-or-death situation of it, I’m going to vote no.”

Following Maughan’s comments, commissioner Blumert clarified that if approved in March, liquor stores would have the option to sell on Sundays but would not be mandated to do so.

“I talked to one liquor store owner who said, ‘We only plan to be open on Sundays if it falls right before a holiday. If July 3rd falls on a Sunday, we plan to be open,’” she said.

Bryan Kerr, president of Retail Liquor Association of Oklahoma, was hesitant to say this would “significantly” improve local store sales.

“Studies in other states show that if a liquor store can be open on Sunday, then the overall increase is somewhere around 5 percent, so it’s a modest increase in sales but nonetheless good for the consumer to have an extra day to shop at a locally owned store,” Kerr said. “Certainly anything helps at this point for the little guy trying to go up against the big-box stores. Obviously, the vote to modernize our laws was about convenience, and so if we can add a little extra convenience to people being able to shop our local liquor stores on Sunday, then that will translate into hopefully a little more revenue and keep some money local and keep some local businesses open.” 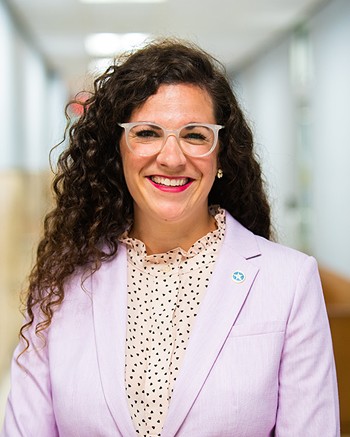 Though the laws that went into effect in 2018 don’t allow grocery and convenience stores to sell liquor, they can still sell beer and wine every day while liquor stores can only operate six days a week. Each county must have a vote to allow them to sell products on Sunday.

State Question 792 updated Oklahoma’s liquor laws when it went into effect October 2018, but people in the industry said it hurt local businesses. Local liquor stores had to grapple with capital improvement costs for things like refrigeration while learning to compete with giant grocery stores.

“Convenience is king,” Kerr said. “It’s a little hyperbolic, but I would guess 90 percent of the people who shop [for alcohol] at Walmart do so simply because they don’t want to make another stop.”

Kerr, who owns a liquor store himself, said the state is losing about two liquor stores each month. While some local stores have survived due to good location, little competition with other stores or exceedingly good service, Kerr doesn’t expect the loss of liquor stores to slow down.

“We’ll probably lose another 200, so I think we’re looking at continuing to lose stores over the next few years a little at a time,” he said. “Some stores have sort of equalized, others are barely hanging on and others are probably going to make it through the holiday season and call it quits.”

Local store owners feel like they’re competing on a skewed playing field because they can only operate 6 days a week and because other stores pose more convenience. While Sunday liquor store sales will benefit local stores, Kerr said it won’t totally even the playing field.

“As far as days open, yes. Hours are still restricted for liquor stores. Those restrictions are not put on grocery and convenience stores, and obviously there’s some other inequities in there,” he said.

Despite that, Kerr thinks the move is positive for consumers and local stores.

“I think this is going to make it on several small county ballots too, but I think in the metro counties, it’s going to pass pretty easily,” he said. “I would encourage folks to get out and vote ‘yes.’ Most of us local people that own liquor stores want to be open on Sundays, and we want to offer that extra convenience to consumers.”