This Mother’s Day, Okahoma Gazette celebrates three champion local moms who go the extra mile to support LGBTQ youth and their parents; build families when doctors say it’s impossible; and generously donate their love and time to build bridges between communities, students and schools. For many, Mother’s Day is celebrated the second Sunday in May. Many in our community with Mexican and Latin American heritage also celebrate the holiday on May 10. We say every day is Mother’s Day, and Sara Cunningham, Danielle James and Brenda Hernández show us why. 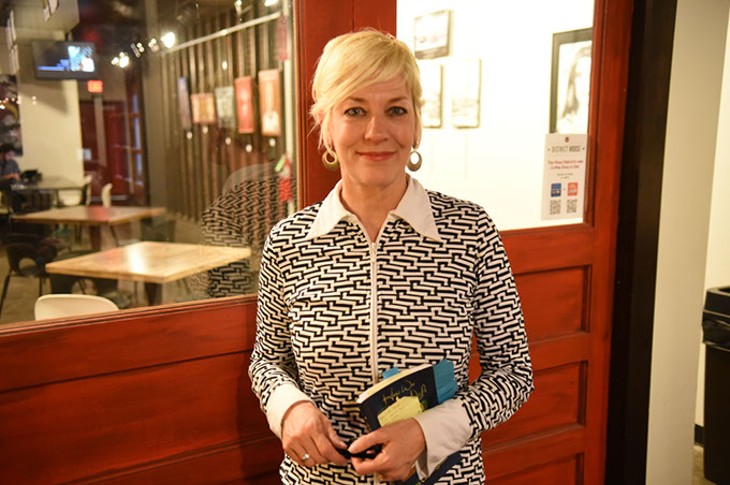 Though they have since reconciled their relationship, Sara Cunningham is still occasionally haunted by the way she reacted when her son first told her he was gay. But Cunningham is one of many befuddled parents across the world who are given little to no guidance in harmonizing the love for their children with their Christian beliefs.

Because few such resources existed at the time, she made it her mission to help parents facing similar situations resolve their internal conflicts.

Cunningham recently launched the first Free Mom Hugs Tour, a national trek through 10 cities with goals of offering support for mothers of LGBT youth and showering maternal love on community members who might not be fortunate enough to get it from their moms.

“Everything comes down to the mother,” Cunningham said. “Everything.”

The tour launched May 1 in Oklahoma City and concludes Mother’s Day at the historic Stonewall Inn in New York City. Laura Beth Taylor, a published author and trans woman from Tennessee, joined Cunningham on the tour. Each stop features two parts: a Let’s Talk luncheon with civic, business and faith leaders and a Let’s Walk rally in the community.

Cunningham’s son, local singer-songwriter Parker Cunningham-Jones, came out to her when he was 14. At the time, her faith and the way she was raised had taught her that same-sex relationships were an ultimate offense. She felt a deep hurt that stemmed from a far-reaching love for her son.

“It was never a matter of [not] accepting him — certainly not,” she said. “I just had to reconcile it with my faith.”

Cunningham sought guidance, yet the church the family attended at the time only seemed interested in alienating Parker and the Cunninghams.

“I don’t think it was intentional,” Cunningham said. “They just didn’t know what to do with us.”

Cunningham looked elsewhere and found support groups online. She also began writing about her personal experience for mothers in similar situations and self-published her book How We Sleep at Night: A Mother’s Memoir in 2014.

She also began plugging herself into the local LGBT community. She remembers back when she used to beg her son not to go to the bars along the NW 39th Street Enclave, a historically gay community.

Cunningham said she now believes that many of the negative attitudes toward the national LGBTQ community originated in non-affirming Evangelical churches.

“I also believe the problems we have today with this specific issue could be resolved in the affirming church,” she said.

Cunningham unveiled her Free Mom Hugs banner during last year’s OKC Pride Parade. She launched the Free Mom Hugs national tour with a desire to march her message of love and acceptance across the nation.

“I’m just consumed with it, and my family has been so supportive,” she said. “There is a sense of urgency.”

There is no specific type of person Cunningham hopes to reach. She hopes she can reach faith leaders and show them the human side to their struggle. She also wants to remind local LGBT communities that they are loved.

But perhaps above all, she wants to guide mothers who, like herself, once desperately sought understanding answers without judgment.

“Surround yourself and your child only with people who love and support and honor you,” she said. “Don’t tolerate anything else. If you don’t have it, find it.” 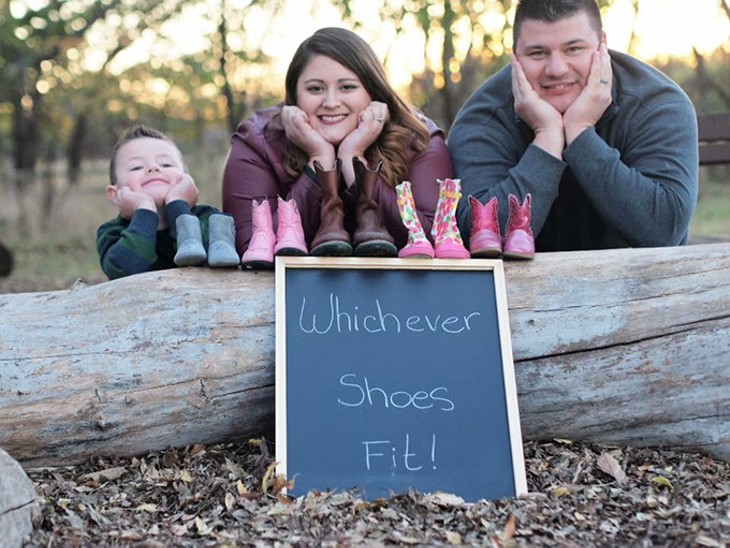 Danielle James was 25 when her doctor told her she had terminal lung cancer.  A nurse and a nonsmoker, James was given six months to live.

That was four years ago.

In that time, she got married, became a stepmom and started thinking about the possibility of pregnancy. Except with her cancer — a condition she still battles thanks to some innovative drugs — childbirth is not an option.

“I asked God to give me a child or take the desire to have one away,” she said. “But there was a purpose for that desire.”

A church friend told James she had been a foster child and described what it’s like to be a child who would do anything to have a family to love them. Then, at the Cleveland County Fair, she visited an information booth for Circle of Care, a local group dedicated to finding foster care for children.

“Within three months, I had my first placement,” she said.

Foster families do more than look after children. As part of Circle of Care, James is a bridge between the child and the family with the ultimate goal of reuniting them. 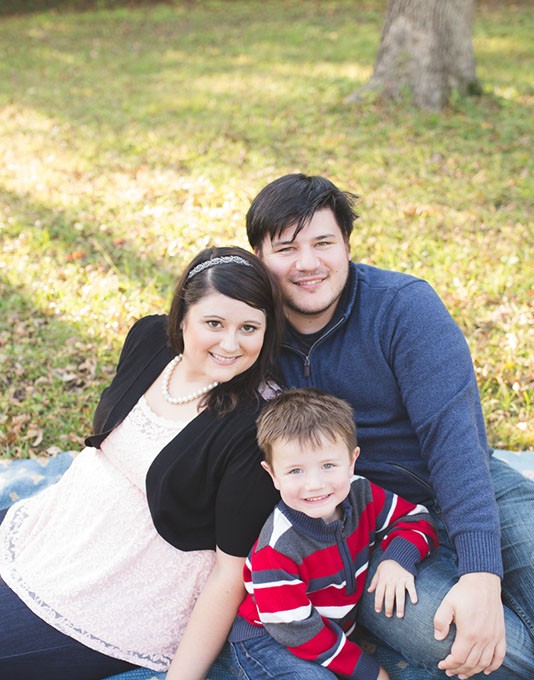 “Placements can be for a few days or a few years,” she said. “And foster parents can adopt a placement if the child becomes adoptable.”

Being a foster parent is similar in some ways to being a step-parent, she said. In both circumstances, you learn to share the joys of a child’s life with someone else.

“The children come to you in a matter of hours; they can be any age and any emotional state. And it’s hard. We don’t have nine months to get ready for a child,” James said. “Foster parents are like any new parents — we need a support network of family and friends.”

When she talks to others about fostering, the thing she hears most is that people are afraid of getting attached to the youths and the commitment that comes with that.

“But they need attachment,” James explained. “Being a parent is about putting a child’s needs before your own feelings. These kids need someone who will do the hard things for them.”

The desire to become pregnant hasn’t gone away, nor has her cancer.

“I can still live my life right now,” she said. “I can leave a legacy with the children and families I help while I’m still here.” 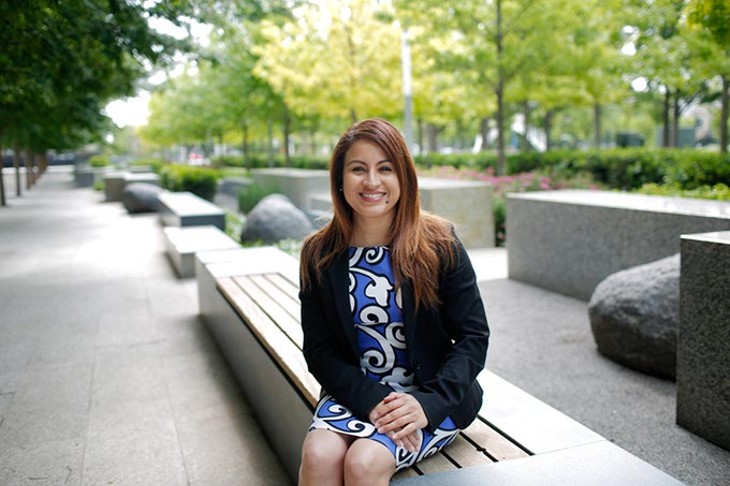 Last year, after reaching out to her son’s pre-kindergarten teacher about ways to help, Brenda Hernández’s spent close to two hours one evening cutting out laminated dinosaurs.

It was time-consuming, but Hernández didn’t mind. The experience provided insight into how much teachers do for their students. She felt blessed that she was able to contribute to her son’s class.

Volunteering and giving back to the community have always played large roles in Hernández’s life. So when her children Adamari and Emiliano began attending John Rex Charter School, Hernández added parent volunteer and field trip chaperone to her long list of job titles.

She also works full-time at Tango Public Relations, a business she and her husband Jorge Hernández own and operate in south Oklahoma City.

“Sometimes, it’s just an hour of your day,” Hernández said of volunteering. “It really is not a lot. I know there are parents who want to help; either they don’t know how to help or the school doesn’t communicate it needs help. I am very grateful because there is very good communication between the teachers, parents, school leaders and our [Parent Teacher Association]. We all work as a team. It takes teamwork to be there for one another.”

Over the last three years, Hernández has poured an investment of time and heart into John Rex, benefitting not only her children but also their peers. The effort seems small when Hernández compared it to what she has received in return: a deepened relationship with her children’s classmates and their parents.

When she walks the halls of the downtown elementary school, she knows the students by name, and they smile, say hi and wave to each other.

“Building relationships is so important,” Hernández said. “It’s nice because [moms] keep an eye on each other’s kids. It feels like family at John Rex. Like a family, we try to be there for one another. When someone can’t be there, we watch out for their kids.”

When Hernández became a mom nine years ago, she was determined to find a way to make every moment count with her children.

It was an approach to motherhood she learned from her own mom, who immigrated from Mexico and sacrificed so much to give her three children a great life.

At times, by putting family first, Hernández left the office with unfinished work to get to her children or volunteer at their school. Work can always wait another day, said Hernández, who subscribes to the philosophy that moms can do it all as long as they balance it properly.

Her motherhood tip is to focus on what’s important and never lose that focus, even when days get hectic and stressed.

As a community leader and an advocate on issues like domestic abuse and sexual assault, Hernández and her husband seek ways to engage their children in service.

In late April, the family participated in the Oklahoma City Memorial Marathon.

A week before, they ran the 2017 2 Minute 5K, which was hosted by YWCA Oklahoma City.

When Hernández picks up her kids from school but needs to drop by the YWCA, where she serves as a board member, before heading home, she takes the time to pass along a message of compassion for those hurting and in need of help.

“I feel it is important to give back to our community, and I find ways for us to do that as a family,” Hernández said. “This is what we do, and it is part of who we are.”

print headline: Super moms: This Mother’s Day, Okahoma Gazette celebrates three champion local moms who go the extra mile to support LGBTQ youth and their parents; build families when doctors say it’s impossible; and generously donate their love and time to build bridges between communities, students and schools. For many, Mother’s Day is celebrated the second Sunday in May. Many in our community with Mexican and Latin American heritage also celebrate the holiday on May 10. We say every day is Mother’s Day, and Sara Cunningham, Danielle James and Brenda Hernández show us why.