But it’s not just the drinks that have gotten an overhaul. Bossa Nova now serves a bevy of vegetarian and gluten-free snacks along with cocktails. 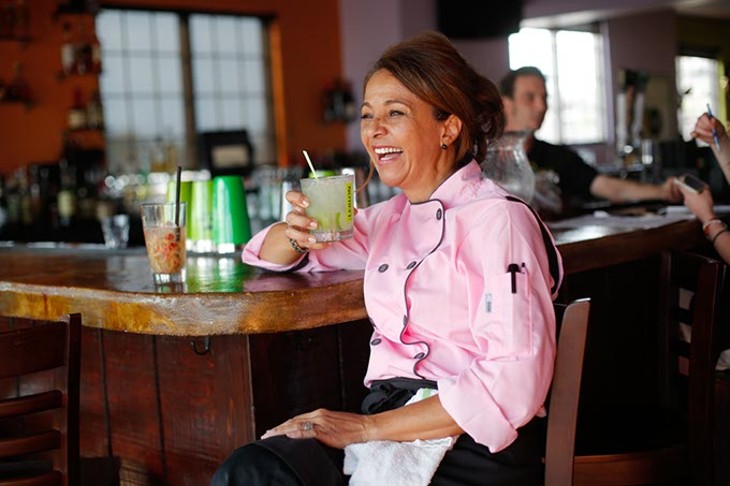 Blame it on the Bossa Nova Bar.

The new number in your phone.

After months of renovations — much longer than owner and chef Ana Davis planned — the Bossa Nova Bar has reopened atop Café Do Brasil, 440 NW 11th St., with a new look, a new menu and the same trademark fun.

The Caipirinha (Brazil’s most famous drink) has found new life at the bar after Davis spent time working in the kitchen of renowned São Paulo restaurant Mocotó.

There’s a twinkle in her eye as she talks about cooking with Rodrigo Oliveira.

Each time she returns to the country of her birth, she amasses new ingredients and recipes and ideas for her Oklahoma customers.

This time, she gushes over the variety of infused cachaça — a rumlike spirit made from distilled sugarcane — and the inspiration she received for the bar’s new menu.

“[Oliveira’s] bar is like a fresh fruit buffet,” she said.

In Brazil’s vast and varied climates, it’s easy to find almost every kind of fruit. In Oklahoma ... not so much.

Davis has scoured Super Cao Nguyen and other grocers to get her hands on the ingredients she needs for the eight new Caipirinhas that join the original on the menu.

But it’s not just the drinks that have gotten an overhaul. Bossa Nova now serves a bevy of vegetarian and gluten-free snacks along with cocktails. The most stunning and seductive is the dadinho ($9).

Blending tapioca and queso fresco, these flash-fried cubes of crunch are light and inviting. But the wow factor really kicks in when you dip them into a jelly made of malagueta and biquinho peppers. The vinegary pop and sweetness of the pepper jelly is a joy for the senses.

In a way, the new menu is the perfect continuation of the other changes returning customers might find at the new Bossa Nova.

Gone are the nooks and crannies and winding walls of its former incarnation.

The renovation has left the room open for more visitors and more sunlight.

The long, three-sided bar fences in the captive bartenders, who will be too busy mixing intricate cocktails to leave anyway. And outside, the rooftop patio still has one of the best views of Oklahoma City around.

With a space this beautiful and drinks this good, Davis rightly expects more customers will soon be blaming some of the best lost nights of their lives on the Bossa Nova for years to come.