More popular than ever, ABBA’s music is performed alongside Oklahoma City Philharmonic May 4-5. 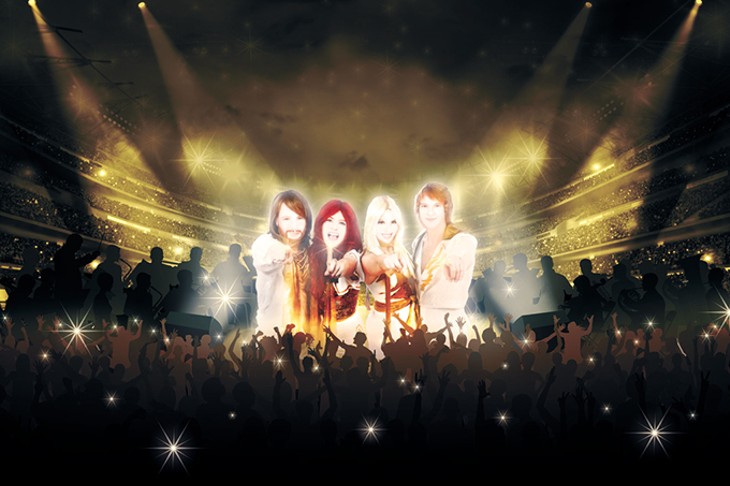 With over 400 million albums sold and a bevy of Billboard Hot 100 hits, ABBA is quite often referenced as one of Sweden’s greatest exports, and it is a legacy that has aged finer than wine.

During ABBA’s active career that began with a 1974 victory at the star-making Eurovision Song Contest and continued through 1982, the band often split American critics and received scorn from hard rock fans, despite immense popular success.

During much of the 1980s, ABBA’s music fell out of print and largely disappeared from airwaves. The release of the compilation album Gold: Greatest Hits in 1992, which sold over 30 million copies, reignited interest in the band that has continued to new generations thanks to the hit Broadway musical and movie Mamma Mia!, which will produce a film sequel this July.

Swedish-born singer Victoria Norbäck has led the ABBA show band ARRIVAL since 1995, touring over 60 countries and playing with just as many symphony orchestras around the world. ARRIVAL will play ABBA’s catalog of hits from 1974’s “Waterloo” through 1981’s When All Is Said and Done with Oklahoma City Philharmonic May 4 and 5.

“ABBA is bigger in America today, and they were big there during the ’70s,” Norbäck told Oklahoma Gazette by phone from her home in Sweden. “ABBA got bigger with the release of [Gold: Greatest Hits] but it got bigger and bigger with Mamma Mia! It has been an explosion with a new generation of fans, and there will be even more when the sequel is released this summer.”

Although ABBA is now considered the progenitor of Sweden’s huge music scene (the country is the world’s third largest exporter of music after the U.S. and United Kingdom) and got its own museum dedicated in Stockholm in 2013, the band was not well-received by its home country until a decade after its breakup.

“There were a lot of groups [in Sweden] against capitalistic thinking and music,” Norbäck said. “The only thing they talked about ABBA in Sweden was how much money they made; it was really nasty.”

ABBA got its name after the first letter of each of the member’s names. The group comprised of real-life couples Agnetha Fältskog, Björn Ulvaeus, Benny Andersson and Ani-Frid Lyngstad.

Norbäck said she grew up enamored with Lyngstad and Fältskog’s vocal style and performance. She wanted to pursue pop music even as her mother — a trained opera singer — pushed her to more classical genres. Norbäck was inspired to start ARRIVAL after watching an Australian ABBA tribute band tour in Sweden.

“It was so bad that I got so mad,” she said. “There were only six people on stage, and they had fake Swedish clogs. I wanted to do a proper ABBA show; they deserve it.”

ARRIVAL tours as a 12-piece stage band with support from local orchestras and features musicians that toured with ABBA during their heyday.

“In the 1970s, if you were a musician that worked with ABBA, they were on a blacklist and not allowed to play at certain clubs in Sweden because they had played with ABBA,” she said. “The older generation still doesn’t think ABBA is ‘culture.’ I had a meeting with a director of an orchestra here, and he said, ‘No, we don’t want to book your show because I don’t like ABBA.’ So I told him, ‘OK; you don’t like ABBA, but how about the audience?’”

She said that a December run of ARRIVAL shows in Sweden received so much interest that dates are being added even though there are already 16 scheduled shows.

“We see how the audience reacts,” she said. “Some people are sitting and laughing. Some people are crying because it’s so beautiful. People start to dance and go crazy. There is something magical about ABBA’s music because everyone loves it.”

Since touring in the United States since 2005, ARRIVAL has visited 48 states. Norbäck said that she has felt a home in the U.S., relating to its culture, which promotes individuality, she said. Norbäck remembers being taught by her grandmother to lower her voice in public so she wouldn’t stand out in a crowd.

“You probably think I say this about every country after every show, but I do not. The American audiences are the best in the world,” she said. “They give us so much energy when we’re on stage and are a part of the show.”