SXSW: The Next Austin? 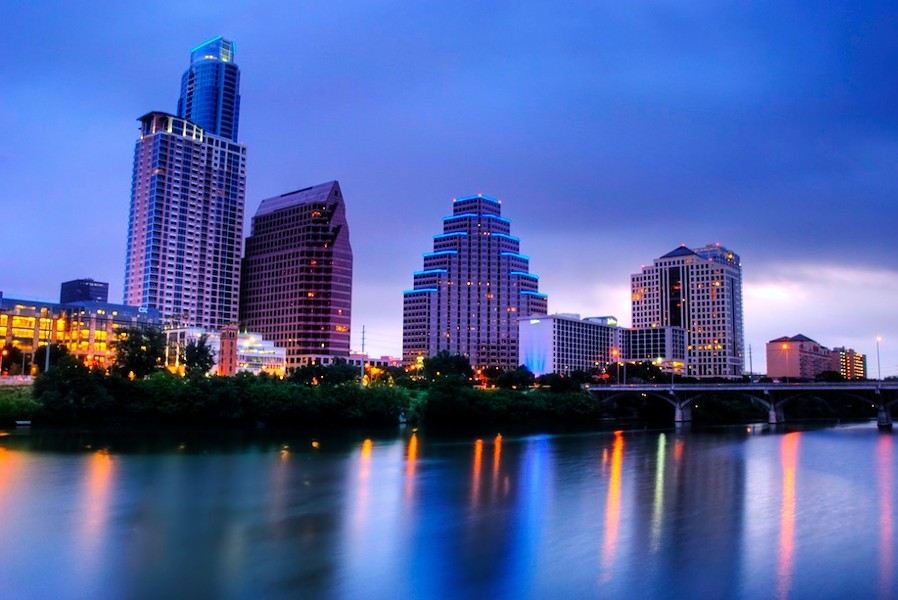 National Geographic writer Aric Queen predicted in 2012 that Oklahoma City could become “the next Austin.”

That sounds great if you like a thriving local music scene, foodie culture and a massive tech startup community. It’s not so good if you hate traffic and high housing prices.

Austin is one of the nation’s trendiest cities and is aspiring to have a similar vibe in your own hometown can be a worthy goal. But what exactly does Austin have that is worth emulating, and what mistakes can Oklahoma City learn from as it matures into its own urban hub?

Also, what exactly does it mean to be “the next Austin,” especially when a quick Internet search reveals that dozens of American cities have adopted this predictive banner?

Oklahoma City’s growth in recent years has given it a higher profile among officials from cities across the country, including Austin. Steve Hill, chief of staff for Oklahoma City Mayor Mick Cornett, said he enjoyed hearing from an Austin city official at a conference last year that OKC was stealing some residents.

“The representative from Austin was talking about how their traffic situation had gotten to the point where it was adversely affecting who was moving there and that some people were choosing to move elsewhere, despite Austin’s hipness,” Hill said. “Then he kind of looked around the room and said, ‘They are moving to places like Oklahoma City,’ pointing at me.”

Hill said the Oklahoma City and Austin comparison might be laughable for some, but he believes OKC is growing in the way Austin did 15 years ago.

“I’m kind of bullish on Oklahoma City as a music market,” Hill said. “I think what we have always lacked is infrastructure, but the infrastructure is kind of starting to catch up.”

The Academy of Contemporary Music at the University of Central Oklahoma (ACM@UCO) is a draw for musicians and several medium-sized theater venues are in the works that will make Oklahoma City a more attractive place for concerts, Hill said.

Oklahoma City won’t rival Austin for the title of Live Music Capital of the World anytime soon, but we are home to the world’s largest food truck festival (H&8th Night Market), giving both cities a place in the pantheon of unverifiable claims.

Austin has become a sort of Portland for the southwest, as it is a hub for millennial culture, which takes center stage during the annual South by Southwest festival starting this week. Austin boasts the largest percentage of 20- to 35-year-olds in the region. However, Oklahoma City’s millennial growth rate has outpaced Austin since 2000.

Oklahoma City has some growth patterns that resemble the Austin of the 1990s, and there might be more similarities between the two economies than first meets the eye. Austin and Oklahoma City both had strong post-recession economic growth when many other cities struggled. Since 2010, Austin has led the nation with a 12 percent growth rate. OKC’s growth rate of 5.2 percent is less than half of Austin’s but is still double the national average.

While Austin has become a tech hub that centers on software and wireless technology, Oklahoma City’s tech growth is found in the energy sector.

“The oil and gas industry is really a technology industry,” said Russell Evans of Oklahoma City University’s Steven C. Agee Economic Research and Policy Institute. “What we have seen is that industries that are innovation-driven, entrepreneurial-driven, like Silicon Valley, they tend to evolve from one hub to another hub.”

But becoming a tech hub comes with a price, especially in housing, which is expensive in Austin, especially for the types of young creative professionals being attracted to the city.

“Austin is one of the most expensive cities in the US,” Ocamb added. “Certainly, incomes are far higher in Austin than in Oklahoma City, but cost of living is far higher as well.”

Beyond economic growth, arts and technology, being called “The Next Austin” can be about a harder-to-define quality known as “hipsterfication.” Culture Map Austin took a stab at finding the next Austin a few years ago when it listed Chattanooga; Asheville, North Carolina; Burlington, Vermont; and Pittsburgh as contenders for that title. Oklahoma City wasn’t on the list, but anyone who has lived here over the past few years realizes there are enough food trucks, facial hair and other Portlandia-esque qualities that prove the hipsterfication process is well underway in OKC.

There can be a copycat mentality to hipster culture, but there is also a striving for individualism, which might mean the best way to be “The Next Austin” is to avoid becoming just like Austin.

“Becoming the next Austin should not mean merely attempting to copy Austin,” Ocamb said. “If Oklahoma City's leaders are framing the discussion in terms of merely copying Austin, then they'll fail. If they frame the discussion on maximizing their own unique advantages, then they'll succeed. Austin didn't become Austin by attempting to copy the bay area in California, our closest analogous city.”

It’s alright to admire Austin and its status as a cultural hub. But "How do we become 'the next Oklahoma City?'” might be a better question.