Teacher pay and retention remains at the forefront of a long list of education issues post-teacher walkouts. 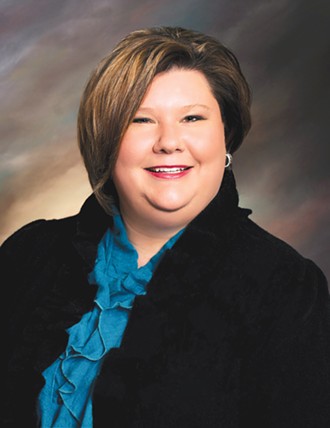 Since the teacher walkout in April 2018, the state of Oklahoma has increased the school funding formula, a combination of local, state and federal revenue that is then distributed according to each state’s specific “formula,” by 19 percent, according to Center on Budget and Policy Priorities — one of the biggest increases of any state that had education-related protests.

This is something Alicia Priest, president of Oklahoma Education Association, said is movement in the right direction.

“On average, over the last two years, teachers have received a raise of $7,220. That is good movement,” Priest said. “Our support professionals have only received a raise of $1,250, so we need to continue to invest in our education support professionals. Those are our cafeteria workers, our bus drivers, school assistants, teacher’s aids and those types of job categories.”

The average raise of $7,220 did not go exclusively to teachers. Priest said it also included administrators, such as principals and assistant principals. The only education administrator not included in the raise was the school superintendent.

These raises are part of that 19 percent increase to the school funding formula.

Another component of the increased funding will be used to bolster the teacher retention rate in the state.

Representative John Waldron, who sits on the education committee, agrees that retention is key.

Waldron said a combination of low pay, high classroom sizes and lack of funding are the issues that need to be addressed.

Public Radio Tulsa reported in late July that over 1,600 emergency certifications were issued for the 2019-2020 school year.

“The teacher shortage is the
canary in the coal mine.”
—Rep. John Waldron tweet this

"It’s like a ship that’s burning down as it’s sinking, you know?” Waldron said. “You don’t know which problem to fix first.”

These issues, he said, are the result of systematic cuts over the last decade.

“We’re still below the 2008 funding levels. We’ve added tens of thousands of students, but we haven’t replaced all of the funding that we took out in the cuts if you adjust for inflation and rising costs,” Waldron said. “One point that was made was that the budget was only falling because of a temporary downturn in energy prices. I think we cut a lot of taxes to get ourselves into that deep hole. ... We first of all have to realize that we cut funding because we cut revenue.”

Even with the progress that has been made in the past two years, there is still much more to do.

“We did not earmark money to raise the salaries of custodians and librarians and all the other support personnel who keep our schools running. We didn’t provide enough funding to restore classroom sizes to their 2008 level. We haven’t made incredible investments in infrastructure, like the blended virtual options in our schools,” Waldron said. “And we haven’t reached the superintendent’s goal of increasing the number of counselors so that they can provide mental health services to our students.”

Priest is hopeful these problems can be solved by working with teachers and legislators like Waldron.

“If there’s a bill that needs to be run, we should really be talking to those that are working in the classroom day in and day out,” she said.

Waldron is wary of some of the attitudes he sees in his colleagues.

“I took objection to, in the debate, the tendency of the leadership to start their historical clock two years ago. If you look two years ago, we’re great on education. We’ve increased funding by 25 percent. And also a lot of the membership will say, ‘We voted for every teacher salary increase that came in front of us.’ Well, over the last couple years, when the situation became critical and after years of neglect. That’s how we got into that hole,” he said. “On behalf of people that are in the school system, I think that’s a little disingenuous. I mean, sure, in the last couple years, when the crisis became obvious, people took the necessary course corrections. But it would be a big error to declare victory and assume that the problem is fixed.”

Priest said the funds used for education are only a part of the bigger picture.

“Education doesn’t work in a bubble, right? The student in my classroom could also be a student that is in DHS custody or a student who they themselves or a family member that they live with has mental health issues and needs mental health help,” she said. “We could be talking about our students who don’t have access to adequate health care because their rural hospital has closed.”

She is planning to build on these recent gains with a push for broader community engagement.

“People are paying more attention. Right after the work stoppage, we turned around and got engaged in campaigns and elections,” Priest said. “Our members walked and knocked on doors for candidates who supported public education. Every time we have an event, you know, we want to hear from the community and our education employees to see what is their vision, what do they need for their classrooms and their school to make sure that we’re providing the best for our kids.”