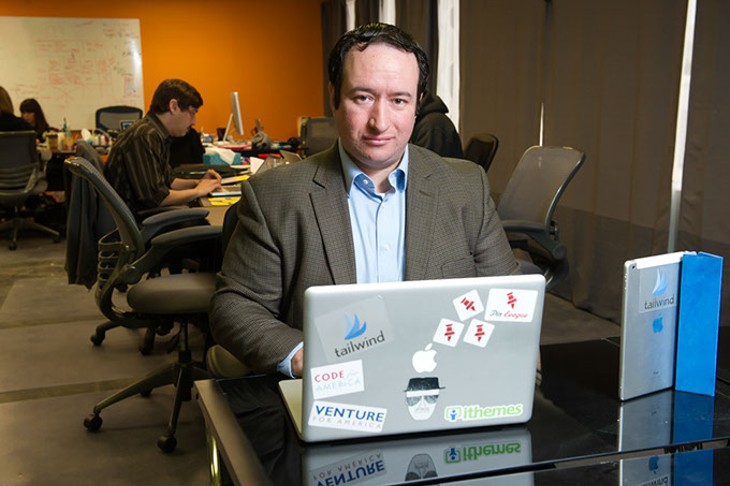 Boulder, Colorado; Seattle; Portland, Oregon; and San Francisco consistently rank high as some of the best places to launch tech-based companies. They are also cities with access to some of the fastest Internet speeds in the nation.

Oklahoma City, which has also seen a boost in startups over the past several years, has some of the slowest Internet speeds in the nation, according to data compiled by the website Gizmodo.com.

“Fast and easy access to the Internet is critical for anyone who has built their company online,” said Danny Maloney, CEO and co-founder of Tailwind, an OKC-based tech company that assists sellers with enhanced social media data.

With average download speeds of 14.6 megabits per second, OKC is at a competitive disadvantage to cities like New York; Tampa, Florida; and Baltimore, which have download speeds twice as fast.

Internet speeds vary from city to city, especially as various providers are rolling out new services like Google Fiber and Cox’s Gigabit service. Cities like Kansas City, Missouri; Omaha, Nebraska; Phoenix; and Atlanta have seen increased Internet speeds in recent months through new enhancements, and Cox says additional cities will see upgrades in the coming years, although no specifics have been announced for the OKC market.

With many tech companies starting in homes, Maloney believes fast residential Internet service can be a critical component in a start-up’s success.

But while infrastructure for faster Internet speeds could boost the success of local technology companies, the ongoing debate over net neutrality could slow down any potential growth.

“If the Internet was filtered, it would add another level of complexity when it comes to us providing our customers with the best service possible,” said Chris Doe, who, with his brother, Taylor, founded CareNotebook, a state-based company that developed a Web application to help health workers organize information.

Internet providers have proposed higher prices for faster Internet speeds, and it has created a debate at the federal level. President Barack Obama recently expressed his support for net neutrality, which would extend “common carrier” laws used for traditional utilities, such as telephone service, to Internet providers.

“It would be a big burden for a small company like us,” Chris said about higher rates for faster service. “We have limited funds as it is. The greatness of the Internet is that is allows everyone to be on a level playing field.”

Net neutrality has become a partisan issue in recent years, and Oklahoma’s Republican delegation has consistently criticized any attempt to regulate Internet providers.

“This is yet another example of the federal government over-regulating,” Inhofe said at the time. “I am disappointed with today’s unnecessary decision ... it will jeopardize billions of dollars of future investment into broadband networks, costing jobs.

Today is the first step toward Internet regulation.”

Rep. Jim Bridenstine, R-Tulsa, likened net neutrality to censorship of the press in a letter he authored this summer.

“There shouldn’t be one Internet for deep-pocketed corporations and a separate Internet for everyone else,” said Sen. Al Franken, D-Minnesota.

The Federal Communications Commission has said new net neutrality rules are likely to be imposed soon, especially after Obama’s show of support. But utility companies like AT&T have threatened lawsuits if new rules are officially announced.

However, small tech companies say regulating Internet providers would boost economic activity, as more companies would have an opportunity to launch.

“A lot of talk about net neutrality is about the big tech companies like Netflix, but this could very easily see its way to smaller companies,” Maloney said. “There are a lot of startups right now that are building their business on the cloud. We use Rackspace at Tailwind, which is a large company, but you can imagine that if Rackspace sees an increased fee, it would have to be built into our cost.”

“You should also think about how it impacts all local business,” Maloney said. “I think we have all been in a restaurant or a retail store when all of a sudden, their [register] system freezes up. At this point, pretty much every business is online in some way.”

The Doe brothers say they rely on cheap access to Internet, especially as they build CareNotebook in their spare time with limited funds.

“We launched a few months ago, and we both work after hours on it,” Taylor Doe said.

Beyond just the benefit equal Internet access can provide companies, supporters of net neutrality say it is in the best interest of everyday Web users. Companies like Netflix and YouTube — which account for half of all broadband use in America — say net neutrality would result in lower fees for consumers and faster download speeds. Then again, those claims are just one side of the argument between giant corporations that are looking to make as much money as possible.

“I am a tech guy, not a policy or political expert,” Chris Doe said. “But I know that better access to the Internet is good for us and almost everyone.”