Tesla is back on the road, feeling refreshed and ready to rock 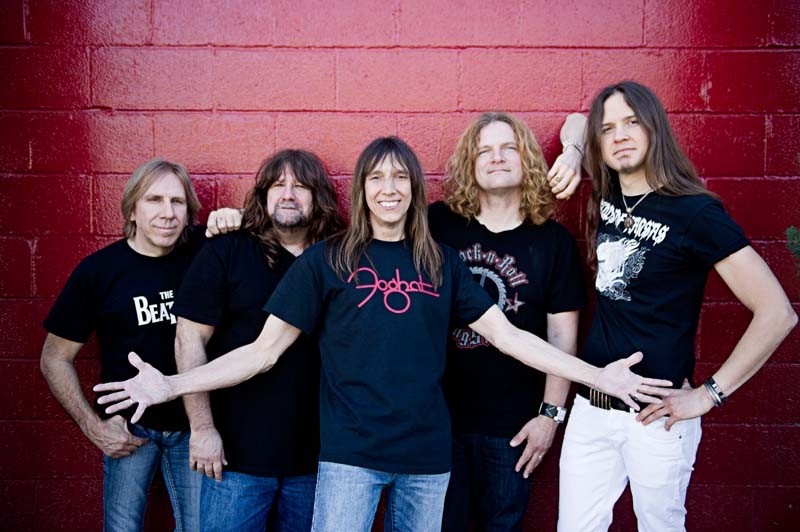 Tesla was born into the hair-metal heyday of the ’80s, its L.A. epicenter located just down the highway from their native Sacramento. But the gap between the two Cali metropolises proved just enough to instill a different set of sensibilities, even if they traveled in similar circles.

“We didn’t concentrate on our image,” lead singer Jeff Keith said of the band eschewing the bright colors and eyeliner for jeans and t-shirts. “We were out on tour with Poison, and C.C. DeVille made the comment, ‘You guys need to go to your sister’s closet and spice it up a little bit.’ Our mindset was we’d leave it to those bands to do that. They had it handled.”

The big guitar riffs of “Modern Day Cowboy” and earnest ballads like “Love Song” led to spots touring with Alice Cooper, Def Leppard and David Lee Roth, but there was a line in the sand, substance always trumping style both in fashion and the music itself. Fans responded in kind; Tesla’s first three albums — Mechanical Resonance, The Great Radio Controversy and Psychotic Supper — all went platinum.

“Tesla has always loved songs that are from the heart,” Keith said. “It’s not what you got; it’s what you give.”

That’s something of a mission statement that the five-piece has carried forward in its modern state. The grunge movement and the consequences of band members’ hard-partying ways slowed down and eventually short-circuited Tesla just as it did Poison, Mötley Crüe and all the rest in 1994. Six years later, a reunion show in their native Sacramento in front of a crowd of 18,000 convinced the rockers that there might be a future after all.

They started touring again in the early 2000s, refocused and thrilled about a second chance, readily playing across the country and releasing a steady stream of new music, including 2004’s Into the Now and 2008’s Forever More.

“I’m not saying other bands aren’t grateful,” Keith said, “but to have another chance at it, it means everything to us.” That eventually necessitated going totally clean and sober, which the band has been since the release of Into the Now.

“It’s the best thing that ever happened to us,” Keith said. “All the fame and money, it allows you to avoid situations that should be unavoidable. We deal with issues with a clear head. It’s a stronger approach and a lasting approach.”

Tesla, playing Saturday at Frontier City, came back this summer with Simplicity, produced by Tom Zutaut (the former Geffen A&R exec best known for signing Guns N’ Roses). The recording process — taking place at a farm in Virginia — mirrored the album’s title and Tesla’s approach to its 30-plus-year career.

“There was no Internet, no distractions, no nothing,” Keith said. “Some nights, we didn’t go to sleep all night. It was all just music, all the time.”