Many families have special traditions, but they usually don’t lead to musical fame and success. This was not the case for the Garza family.

Henry, Jojo and Ringo Garza grew up playing music with their dad. As they started to develop their own style, the brothers branched out to form their own band. Ringo came up with the name Los Lonely Boys because a song their dad wrote for them contained the lyric, “I’m just a lonely, lonely boy.”

But the boys won’t be lonely Sept. 9 when they play Oklahoma City’s Hudson Performance Hall, 2820 N. May Ave.

Even though the band has been active for about two decades, family history is still at the forefront of their career. Along with their father, the brothers were inspired by the musical identities and influences of their mother, her father and her brothers.

“So, a lot of inspiration really did come from home first,” bassist and vocalist Jojo Garza told Oklahoma Gazette.

After discovering the music through their father, they were influenced by country and rock ’n’ roll heavyweights like Willie Nelson and The Beatles, respectively. They created a mix of all the artists that inspired them to craft their current sound. Even today, the brothers readily acknowledge the help they’ve had along the way.

“We give the credit to our father first in our lives,” Garza said. “Secondly, we realize there were teachers and people that were there before us. There’s history in everything that we do as people.”

Along with appreciating the artists that came before them, they are able to appreciate each other and strengthen their family bond by making music together.

“Everything has got its ups and downs, especially familia, but we’re together through thick and thin. [We’re] accepting what life brings in each day that passes,” Garza said.

The band is also grateful for being able to perform in many wonderful places. Garza compared picking a favorite venue to picking a favorite child but mentioned that San Francisco’s historic Fillmore and Japan’s Fuji Rock Festival both stood out.

“[There are] so many beautiful places in the world, and we’ve been blessed with the ability to see quite a few of those places,” he said.

The band considers Oklahoma one of those places. The Sooner State is “right around the corner” from their hometown of San Angelo, Texas.

“It still feels like home, except [for] a couple of tollways,” he said. 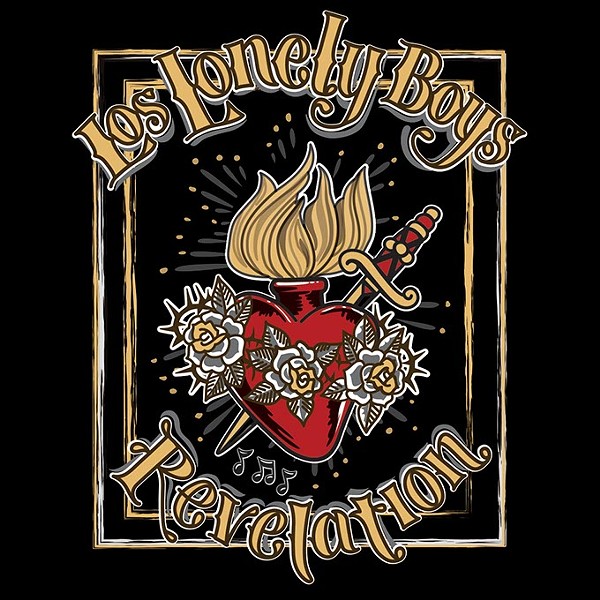 Part of the band’s mission is to be welcoming and empathetic toward its audience. Los Lonely Boys perform songs that share genuine experiences and relatable feelings, Garza said.

“The truth is, life has got its hardships and its beautiful side,” he said. “And you can expect that from the music of Los Lonely Boys.”

Another part of the band’s genuine nature is actually playing their instruments and not playing along to pre-recorded audio.

“There ain’t gonna be no tape recorders or CDs or none of that stuff,” he said with pride.

That realness contributes to the interaction between the crowd and the band, which is Garza’s favorite part of performing. When they play, they’re starting a conversation with the people who are watching them. They’re eager to see the response.

That might be why the brothers put such careful work into making their music. Their most recent album, Revelation, was released in 2014. They’ve continued to tour with it because they want the songs to have plenty of time to grow.

That doesn’t mean they haven’t been working on another album. Garza said they are always working on new music.

“They say that your first record is made from your whole entire life experience. Then the second one becomes work after that. For us, we want to make sure we’re giving something to the people that feels like a life’s work, in a sense,” he said. “There’s always gonna be music coming out from Los Lonely Boys, no matter what, as long as we’re alive.”

The band’s best-known song is “Heaven,” from its 2004 self-titled album. The song broke the top 20 of the Billboard Hot 100 chart and even reached number one on the Billboard Adult Contemporary chart.

It was its breakout hit at the time, but the band continues to produce standout songs. Garza said that Los Lobos saxophonist Steve Berlin told him Revelation’s “Don’t Walk Away” is the perfect example of their sound.

As they continue making music, the brothers also plan to continue pushing their own boundaries, like on the Revelation track “Rule the World,” which leans farther into hard rock territory than their other songs thanks to its punchy drums and a fuzzy guitar solo.

“If you listen to that one, that sounds like somebody else jumped on the record,” Garza said. “We’re not about being solidified to one style. We believe that it’s not about one style; it’s about styles.”

The band is excited to bring them to OKC once again.

“We’re really grateful for anyone that’s ever [listened] to Los Lonely Boys music,” Garza said. “And we can’t wait to get out there and jam for y’all.”

Print headline: So Lonely, Texas trio Los Lonely Boys prides itself on relatable music and a special bond with its audience.