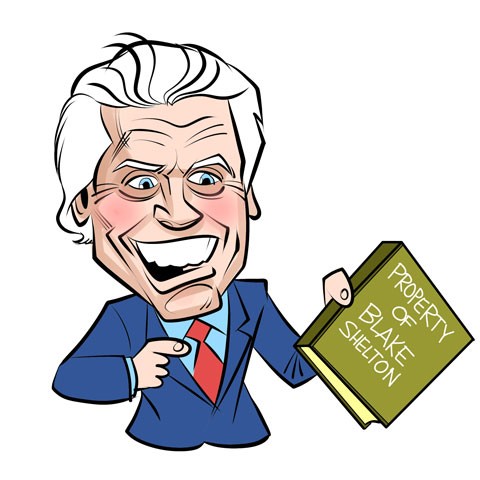 Remember opening up a newly issued textbook and flipping to the inside page to see who else has used the book? Maybe your secret older crush used it a few years ago and you can use it as an icebreaker that leads to a long relationship. You can only dream!

A 7-year-old in Ada became the face of the Oklahoma teacher walkout when the public found out she had the same textbook country star Blake Shelton used in 1982.

Shelley Bryan Parker’s Facebook post showed that her daughter Marley was excited to learn that she shared Look Away (Keys to Reading) by Louise Matteoni with The Voice star, but her mother was much less enthusiastic.

“I am embarrassed!!!! I’m 40, and these people are my age!!! Thank you to every teacher/parent/support staffer for fighting for my kids [sic] education!!!” Parker’s Facebook post, which has garnered over 7,000 shares, said.

Every news outlet from local stations to Vox and CNN picked up the story. A Google search of “Blake Shelton textbook” reveals over 2 million hits.

Gary Richardson, a Republican candidate for governor, jumped onto the “fake news” bandwagon for the story, claiming that Latta Public School only kept the textbook because Shelton used it or that it misused the $265,000 for textbooks it received from a bond issue last year.

It’s just another example of a politician using “fake news” when its something they don’t like rather than being false. Richardson has already failed in two gubernatorial attempts, and he’s likely headed for a third.