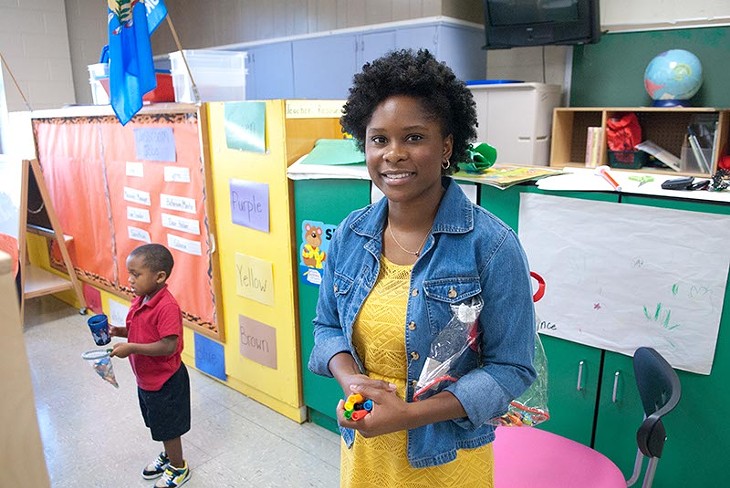 Jake Steel loved working in politics, but it lacked the type of impact he was looking for.

As Steel thought about a career change that would put him on the front lines of real change, education seemed like the perfect fit.

The communications and political science major from Brigham Young University did some research on how he might be able to transition to a career as an educator and came across the website for Teach For America, a national organization that places professionals in high-needs schools. Steel applied for the next round of hiring and found himself teaching math and science at John Marshall Mid-High School in Oklahoma City a year later.

Steel is one of more than 123 Teach For America (TFA) corps members in central Oklahoma, the majority of which are in the Oklahoma City Public School district. TFA has had a presence in Oklahoma City since 2011, and besides placing talented professionals in urban classrooms, the program has helped the district combat its teacher shortage. 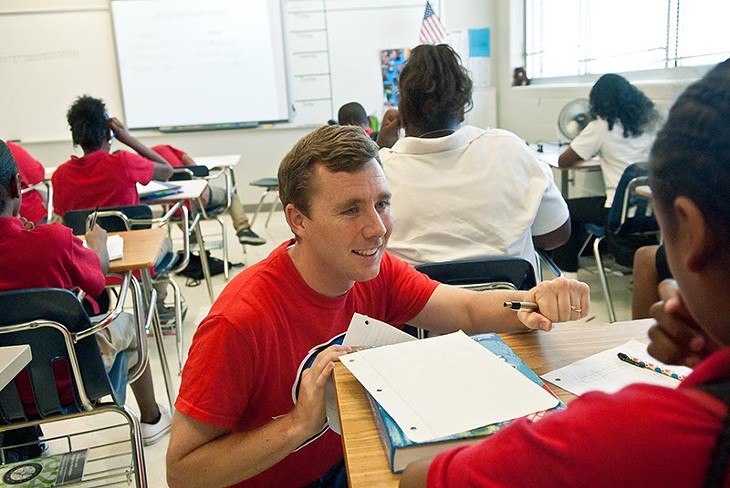 “It was a good opportunity to not only fill high-need vacancies, such as math and science and early childhood, but we were also able to bring in people from around the country to give our students a different perspective of other cultures,” said Chuck Tompkins, executive director of human resources in the OKC district.

The district pays TFA members as it would any other teacher. Before a corps member steps foot inside a classroom, he or she goes through a rigorous training program and a closely supervised summer school teaching program.

The majority of TFA teachers in Oklahoma City are from out of state, but a few, like Alexis Daniels, are native to the area.

“I used to work in a summer camp working with urban youth and was more than halfway through my degree plan when I decided what I really wanted to do is teach,” said Daniels, who studied journalism at Oklahoma State University. “I found out about TFA ... spoke with some recruiters and went through the application process.”

While working at summer camps, Daniels developed a heart for urban children, and her two weeks as a teacher has affirmed that passion.

“The experience I have had is they are smart kids; they just come from different homes,” Daniels said. “There [are] a lot of things going on the inner city, and we really need teachers who can come in and show them that success is a possibility for them.”

“We are going after people who are graduating at the top of their class,” Tackett said. “We want some of the best and brightest in front of our kids.”

While TFA selects students and professionals who have demonstrated success in other fields, the program understands that teaching is not just a profession anyone can jump into. Once selected, corps members complete a training program that lasts several months in the spring, followed by another two-week session in their new region, and then they lead a five-week summer school class.

The training process is designed to train teachers to lesson plan and lecture, but it also gives corps members a glimpse at what it’s like to teach in high-need schools.

“They didn’t give us rose-colored glasses; they really pushed us,” Steel said. “First-year teachers need a support system every single day. They need someone to say, ‘It’s tough, but let’s keep going.’”

The Oklahoma City district entered the new school year in need of nearly 150 teachers, and TFA corps members have helped reduce that number.

“Oklahoma is high-need mostly because there is a giant teacher shortage here,” Tackett said.

The program helps the district fill its hiring needs, but it also brings teachers to OKC who have a passion and belief in urban education.