"It’s a prime example of how a small city government and a local nonprofit recognized a need in their community," Oklahoma Arts Council director of marketing Joel Gavin said. 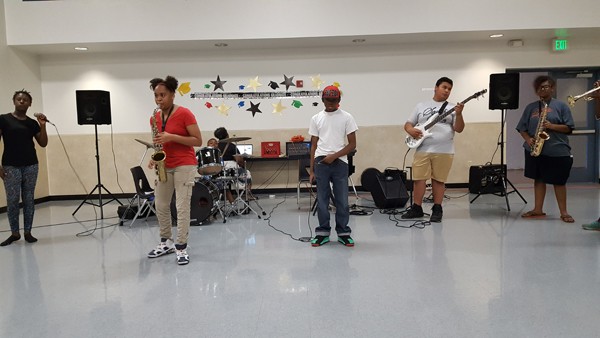 Refurbished school annex buildings in Spencer will soon echo with the twang of guitars and the smooth notes of saxophones.

The National Endowment for the Arts (NEA) awarded a $75,000 Our Town grant to the city of Spencer and nonprofit Bring Back the Music for a community arts center.

Joel Gavin, director of marketing and communications at Oklahoma Arts Council, the state arts agency that also benefits from NEA grants, said this award showcases the importance of community building and cooperation.

“What’s great about that is it’s a prime example of how a small city government and a local nonprofit recognized a need in their community and how they can work together to foster meaningful change through arts education,” he said.

This is the first NEA grant awarded to the Spencer community. However, Gavin said the town’s residents have benefited from NEA funding in other ways.

“In a roundabout way, because we receive funding from the NEA … they have been impacted by NEA funding. But this is certainly a much more sizable grant and has a great deal of impact in this small community, which I think will be very meaningful to that community.” 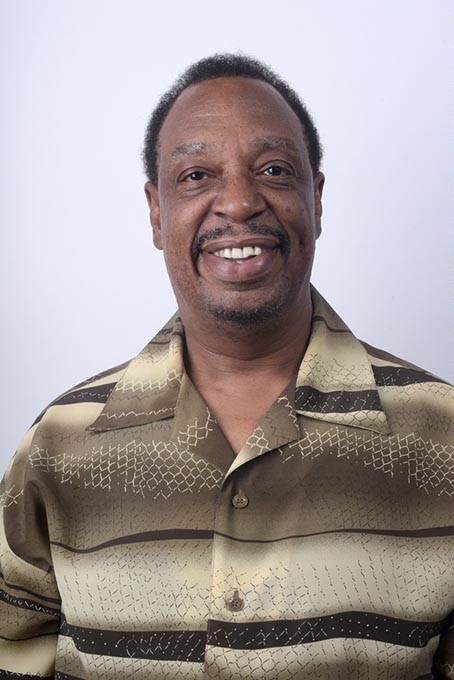 Johann Kimbro, executive director of Bring Back the Music, said that the nonprofit organization will use the community arts center to host an after-school program and summer arts program.

Kimbro has an illustrious musical background. His mother owned Oklahoma City’s now-closed Kimbro Music Studio and he founded and directs local show band Shortt Dogg. He formed Bring Back the Music in 2010 after he retired from the Department of Corrections.

“We began to see a decline of performing arts education in the public schools, and I felt like that was a shame,” he said. “It’s weird when you look back on things, but I’m a child of the ’50s and ’60s, so I grew up prior to the time that schools were desegregated. We had segregated schools in Oklahoma up until the time I was in the ninth, 10th grade, which was for the most part pretty bad.

“But there was one upside to it, and that’s that all the schools northeast, we had performing arts. I started playing clarinet in the third grade at Truman Elementary School. I started playing upright bass in the fourth grade. … More recently, unless you’re in a really affluent school district, kids don’t get instruments in their hands in third and fourth grade like we did.”

Kimbro said when performers first begin playing is an indicator of their success.

“The earlier you become involved, the better the probability of you being successful in that specific field,” he said. “That’s the void that Bring Back the Music is attempting to fill by entering schools either as a day school program or an afterschool program and now as our own standalone.”

Bring Back the Music contracts with metro schools and offers after-school programs, but Kimbro wanted to reach more students with the nonprofit’s teaching.

“There’s some upsides to that because when we’re at Millwood, school is for the Millwood students. When we’re in Oklahoma City, the school is for their students, but it needs to transcend school districts,” he said. “By having our own standalone facility, we can reach out to anyone in eastern Oklahoma County who might want to become part of the process.” 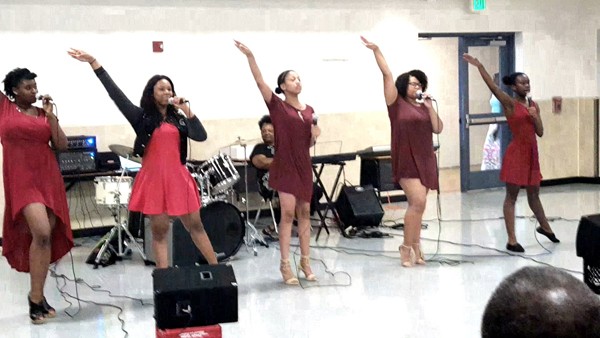 Spencer and Bring Back the Music received an Our Town grant, which requires a nonprofit to pair with a community in order to benefit a population underserved by arts programming and education.

Kimbro said the nonprofit toyed with a City of Oklahoma City partnership, but it was ultimately easier to pair with a smaller community.

“We anticipate bringing it online sometime in late fall,” he said. “Spencer will start probably sometime in late August, early September with the refurbish project, which will then take about 90 days. And as quick as they get through with that, we’ll take over.”

Bring Back the Music hopes to use the momentum from the Spencer project to organize other dedicated facilities.

“That’s also our dream for some time later with the City of Oklahoma City,” Kimbro said. “This quadrant over here has been kind of neglected by arts and many other organizations, so we would like very much to bring a similar project to northeast Oklahoma City in the future. But for now, we’re going to get Spencer up and running … hopefully we’ll grow from there.”