The era of jazz, flappers and Prohibition will be celebrated at a Roaring Twenties party benefiting Norman Arts Council. 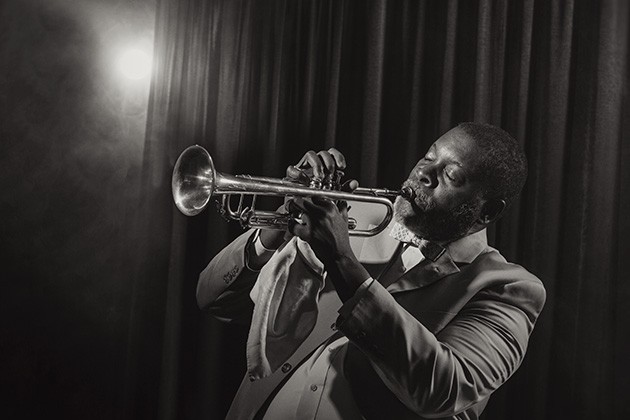 Patrons of the Norman arts scene can take a trip back to the 1920s at this year’s ONE
fundraiser for Norman Arts Council.


Each year, the council hosts a party with a particular historic or cultural theme. It originally was named ONE to reflect that it was “one” major fundraiser hosted by Norman Arts Council (NAC) to benefit all 25 organizations it supports.

“That’s why we originally called it ONE; it was one night to support all of the arts in Norman,” said Erinn Gavaghan, executive director of NAC.

This year’s party is called Roaring Twenties: The Age of ONEderful Nonsense, and will take party attendees back to the flapper era.

“We’re encouraging people to look into flapper culture and jazz culture, the books of the period, the artwork of the period,” Gavaghan said. “This is the 1920s as a cultural decade.”

Each year, the organization chooses a theme that will make for a good party but also encourage learning.

“We always look for something that has kind of an educational component,” Gavaghan said. “People need to do a little research to figure out, ‘What kind of costume do I want? What is this era about? What is this art movement about?’ The 1920s is fun because it’s jazz, it’s art, it’s the end of World War I, it’s women get the right to vote, it’s Prohibition. There’s a lot of ideas to go off of with it.”

In 2019, the 100th anniversary many of these cultural happenings — including women’s suffrage, which was established in the United States with the ratification of the 19th Amendment to the U.S. Constitution on Aug. 18, 1920 — is nearing.

“We’re getting ready to do an exhibit next year with Marilyn Artus that is all about women’s rights to vote, that’s part of Her Flag project,” Gavaghan said.

“So this year is the sequel, if you will,” Gavaghan said.

Having recently focused on cultures outside the United States, Gavaghan said, the committee that crafts the event thought it was time to focus on a particularly American era and an American art form: jazz. Jazz has long been popular in Norman, Gavaghan said, referencing the long-running Jazz in June festival. A jazz trio will perform as part of the evening’s entertainment at Roaring Twenties.

Guestroom Records is serving as the night’s official DJ.

“We completely transform the space for it,” Gavaghan said. “We take two weeks to get the space ready for the event.”

The 1920s also brings to mind Prohibition, but alcohol will certainly be available as part of the evening’s open bar. But to get the special cocktail served at the evening’s “speakeasy,” guests must pay attention to clues to find the password.

“We thought it was kind of funny to do something relating to Prohibition now that all of our alcohol laws just changed in the state,” Gavaghan said. “It felt timely.”

The night will also feature performance artists in and among the crowd. But guests should feel free to fully engage with the theme.

“What’s fun about this event is that people get really into dressing up in the theme,” Gavaghan said. “And so really everybody who’s a guest is kind of a performance artist in a sense, too.”

Activities also include an art auction and raffle. Between 50 and 75 pieces of art are expected to be either auctioned off or raffled during the evening’s event. The raffle is set to close at 10 p.m., and the auction will close at 10:30 p.m.

The funds raised at the event support NAC’s operations. This year’s fundraising goal is $50,000.

But its outreach goes beyond just the historic district. Part of NAC’s mission is the Public Art is smART program, an initiative that uses Norman’s collection of public art works as the basis for curriculum in Norman public schools.

Since 2012, the council has granted awards from Robert Kidd III Arts Programs Scholarship Fund to help students in kindergarten through eighth grade in Norman to attend arts education programs with established organizations or educators.

NAC also supports many arts organizations and events, including Norman Music Festival, Sam Noble Museum of Natural History and Jazz in June, with grants.
Gavaghan suggested guests who immerse themselves in the era prior to the event will enjoy the festivities even more.

“They should read some Hemingway and Fitzgerald. This is not a Great Gatsby party, but read The Great Gatsby,” Gavaghan said.