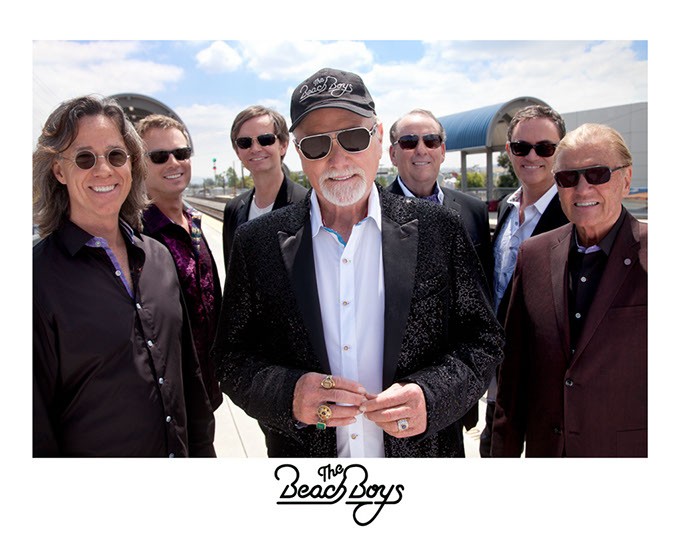 He has traveled the world, but there’s nothing quite like sunny California for Beach Boy Bruce Johnston.

America’s Band performed more than 170 shows across the globe last year. Johnston said in a recent Oklahoma Gazette phone interview that the group recently returned from tour stops in South Korea and Australia. Unfortunately, no trip home seems to last quite long enough.

“When I come back to Santa Barbara, sometimes I just leave the luggage on the floor,” he said. “I unpack it and take it to the dry cleaners because I know in a few days, I’m going to head back out.”

Sun and fun are synonymous with the Beach Boy sound and experience that dominated American music in the ’60s and ’70s. Its multigenerational appeal is part of the reason the band’s current roster has kept touring into their 70s.

Johnston joined The Beach Boys in 1965 before leaving to chase a solo career and rejoining again in 1978. Aside from recording and performing with one of the most famed bands in history, Johnston is also celebrated as the writer of the hit “I Write the Songs,” made famous by Barry Manilow.

As much as it keeps him away from his beloved Southern California, Johnston said he is always grateful for life in The Beach Boys. Many people dream of making it in a band like this.

When he’s not performing, Johnston, 73, can be seen surfing, sailing or watching basketball. In many ways, touring is another way of keeping him vital.

“Sometimes if you get a little tired [on the road],” he said, “the show always perks you up.”

Often, people will ask him how he keeps his voice from going out when he performs so many consecutive nights. Johnston, however, said it’s not an issue.

“It’s kind of like your doctor says, ‘You know, you should start walking,’” he said. “So someone starts walking who doesn’t walk a lot and they’re sore and everything and the doctor says, ‘You’ve got to keep walking.’ By the time they’ve walked for a couple of months, they’re not hurting and they can just do it.”

The Beach Boys are their sharpest at the end of the tour, after hours of repetition and perfection, he said. Being around a crowd, be it in a concert or at a sporting event, also can be energizing.

“When you go to a basketball game, you don’t even have to be playing it to pick up the energy of it,” he said.

Johnston is the only Beach Boy, Brian Wilson included, to earn a Grammy Award for Song of the Year (Manilow’s version of “I Write the Songs” won in 1977). Despite the distinction, Johnston said he does not consider himself a great lyricist.

“A great songwriter writes a lot of great songs, not just one song that’s a hit,” he said.

One person in the modern music landscape he does admire for her songwriting ability is Taylor Swift. Johnston compared her to Carole King, in that both were talented songwriters before they became massively popular singers.

“Taylor Swift started writing from the very beginning,” he said. “She’s a writer that sings. She’s not a singer that doesn’t write.”

True song ownership, Johnston explained, is a tricky thing. The songwriter and the performer, he said, are in a 50-50 partnership. But at a certain point, when the song is made available to the public, many individuals will claim a tune for themselves. When a man turns to his girlfriend and says, “That’s our song,” he isn’t wrong.

“Some artist articulates lyrically what your head’s thinking, and the melodic thing just gets you hooked and that becomes your song for the rest of your life,” Johnston said.

Fan compliments are unending for The Beach Boys. Generations have thanked them for their music and live performances. Seeing people his own age singing aloud with their kids and grandkids at concerts is a terrific compliment.

The best praise Johnston said anyone could give the band, however, is to accuse it of lip-syncing.

“It happens all the time,” he said. “That’s our highest compliment.”

It sounds like it would be an insult, but Johnston can’t take it to heart when he knows it isn’t true. Instead, he revels in knowing the band still sounds as sharp as it did decades ago.

He said the only time act performs over a track is while accompanying a video tribute to Carl, and that’s just to ensure everyone’s in sync with the late guitarist and singer’s recorded vocals.

The Beach Boys are booked for many private shows. Their iconic status gives them fundraising power not available to most bands.

“We’ve raised a million dollars for hospitals for equipment and things,” Johnston said. “There will be black-tie events, and sometimes people have big checkbooks and they pay 10 times more at an auction than they’d ever do outside of one. It usually works well.”

Johnston said it was show promoter and Edmond resident John Occhipinti’s idea to make the May 21 concert in Oklahoma City a Regional Food Bank benefit. He expects the fundraising effort to be quite successful.

“It’s a chance to double down your experience,” he said. “You’ll have feel-good with our show and feel-good doing something nice for other people who probably couldn’t afford to come and see the band or they have to do something different so they can survive.”

One thing Johnston said he enjoys most about being a Beach Boy is that his career is like a giant blender. One day he’s playing out in a field someplace, later he’s in front of a symphony and the next day he’s raising money for a worthy cause.

Print headline: Getting around, Bruce Johnston and The Beach Boys return to Oklahoma City for fun, fun, fun.