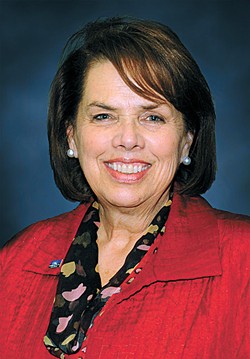 Alzheimer’s disease, the common progressive disease that destroys memory and other important functions, continues to make the top-10 list of killer diseases each year. Listed amongst heart disease, cancer, diabetes and stroke, Alzheimer’s stands alone as the only illness lacking a treatment option. And unlike the others, Alzheimer’s death rates continue to rise.

In Oklahoma, between 2000 and 2017, the death rate from Alzheimer’s increased 92 percent, according to data from the Alzheimer’s Association. Last year, Oklahoma City-County Health Department recorded Alzheimer’s as the eighth-leading cause of death among Oklahoma County residents.

Meeting Alzheimer’s acceleration is the steadfast effort amongst medical researchers and pharmaceutical companies to develop methods to prevent and effectively treat the disease. Efforts have caught the attention of federal lawmakers, who increased funding to the National Institutes of Health (NIH) for Alzheimer’s the last two years, and the nation’s richest man Bill Gates, who is investing $50 million of his own money in startup ventures focused on the disease, among others.

One well-documented roadblock is hindering efforts: the lack of volunteers for clinical research studies.

“The NIH has said that the biggest issue we have with Alzheimer’s today is that we don’t have enough clinical volunteers,” Lynn Institute’s chief operating officer Carlos Blanco said.

Alzheimer’s, which now affects an estimated 5 million Americans, including 63,000 Oklahomans, is a brain disease that destroys memory and thinking skills. The first symptom is recent memories slipping away.

“We have studies. We have medication,” Blanco said. “But by not having enough volunteers, we are slowing down the process of development. If it takes two to three years to enroll [a clinical trial], now the process for approving that drug has been delayed by that same amount of time.”

Like clinical trial firms across the country, Lynn sees a small number of volunteers participating in the compensated studies. The reasons vary from people’s perceptions or skepticism about clinical trials to a lack of awareness about such opportunities.

“If you were told that you had cancer, you would act immediately. There would be no waiting,” Blanco said. “When you have Alzheimer’s, you don’t have that same sense of urgency even though you should. You should try to stop the disease or slow down the progression of the disease as soon as possible. Once you’ve lost [memory], we know it is hard to get back. That’s what we are trying to get folks to understand: If you have symptoms early, react early.” 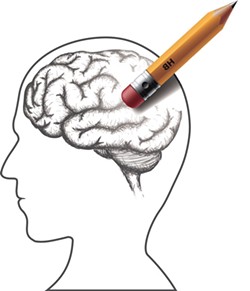 Alzheimer’s clinical trials take on all forms, from diagnostic studies to prevention and quality of life studies. At Lynn, the Biogen clinical trial is built on the theory that the disease is caused by the buildup of a sticky protein called beta-amyloid. The protein forms plaque in the brain that damages and destroys brain cells.

“The theory behind these two studies is to use [Biogen’s] medication that shows, at least in earlier clinical trials, good success in dissolving the beta-amyloid plaque and keeping whatever is in the cerebrospinal solution from solidifying on the brain tissue itself,” said Carl Griffin, a physician and principal investigator of the Alzheimer’s clinical trials at Lynn. “What we are hoping to find — and that’s the other part of the trial — is getting an idea of this thought that beta-amyloid plaque is the main culprit. If we can dissolve it, will this allow the person to be at their current level of mental function or will they be able to gain previous mental function levels that they hadn’t had in quite a while?”

The drug, which is in phase two of clinical trials at Lynn, is given to patients once a month during the five-year study. The trial is a double-blind study, meaning neither participants nor Lynn staff know whether a patient receives the medication or a placebo. Regardless, the volunteers receive monthly health assessments, including PET brain scans, and one-on-one time with Griffin and a coordinator, who is available 24/7. The study also requires caregivers to participate, as Lynn staff analyzes them too.

A study participant can drop out of the trial at any time. 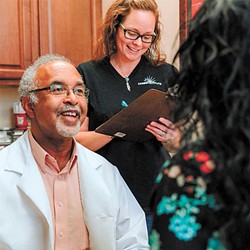 While there is no cure for Alzheimer’s, researchers have learned a lot about the disease in recent years. There have been some recent flops in general Alzheimer’s research, but the overall picture is promising. Currently, there are US Food and Drug Administration (FDA)- approved drugs on the market treating the disease’s symptoms.

“I think so many people think it’s hopeless,” Lynn president/CEO Karen Waddell said. “That’s what we were told for a long time.”

That’s not the case anymore. Recently, a caregiver participating with their spouse in the trials said to Lynn staff that the experience kept their family’s spirits high while fighting an incurable disease. Because of the monthly Lynn visits, they’ve received advice about what to ask for in terms of Alzheimer’s care from their regular medical providers. They feel confident and don’t fear the disease.

It will be volunteers like the caregiver and their spouse playing a substantial role in future Alzheimer’s breakthroughs, Waddell said.

“There is a lot we can find out, but the only way we can is through clinical trials,” she said. “People of all economic straits come to participate and recognize that it’s not necessarily a great way to help themselves, but helping the rest of humanity.”

As the sixth-leading cause of death in the country, many, including Alzheimer’s Association, see the disease as a public health crisis that will have a direct impact on caregivers, the economy and government funding spent on caring for Alzheimer’s disease patients.

As any caregiver would share, the disease exposes family and friends to considerable emotional, physical and financial stress. The number of Americans and Oklahomans living with the disease is growing, thus impacting younger generations who must step up to care for their loved ones, Griffin said.

“If you have a loved one that has symptoms of Alzheimer’s but you have no desire to support them through what they are going through, we’ve already lost,” Griffin said. “We have to have that mindset that each family needs to love, support and care for one another.”

Are you experiencing mild to moderate memory loss, or have you been diagnosed with Alzheimer's disease?

Based on results from the screening, Lynn Health Science Institute physicians will work to determine the next course of action or a clinical trial that might benefit you.