This issue celebrates the fact that, lo and behold, there weren’t enough lists/winners/runners-up included in last week’s roundups.

As Oklahoma Gazette’s Best of OKC cruises through its 30th year, this issue celebrates the fact that, lo and behold, there weren’t enough lists/winners/runners-up included in last week’s roundups.

You see, we’ve jumped the shark. Remember Fonzie from Happy Days? In the fifth season, in the episode “Hollywood, Part Three of Three,” air date Sept. 20, 1977, the pompadoured, leather-clad star visits Los Angeles and proves his bravery by jumping over a shark while on water skis.

Hilarious, right? No. It marked a turning point in the show’s story arc and the death of sitcoms for all eternity. We’re exaggerating. A little.

The scene’s taken on a lore of its own, and today, the phrase “jumping the shark” indicates a turning point in a TV show, campaign or business endeavor, the point at which things take a lunge toward the gimmicky.

So yes, in one issue a year, Oklahoma Gazette features a section that is a caricature of itself. (Psssst: See this year's real 2014 Best of OKC winners here.) 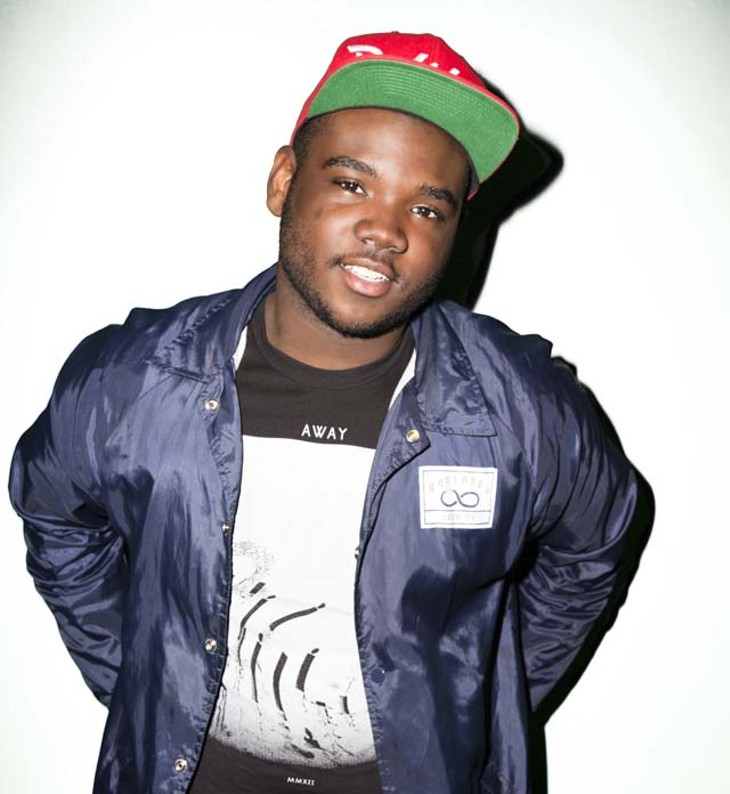 Best musician use of curse words in the past year

We talk to a lot of musicians here at Oklahoma Gazette, and in our experience, they are far more likely to abuse the curse word more than any other line of work. Needless to say, we endured foul language of all stripes in our interviews over the last year — some more effective than others. Here are some of the best instances of cursing that we encountered.

Swizzymack, a 19-year-old Philly-based DJ who performed at Kamp's Lounge in July, had a chance encounter with — of all people — his mother at one of his shows. Naturally, Swizzy blurted out an Expletive of Surprise, as any of us would in this situation. “Mid-set, I see her in the middle of the mosh pit," he said. "I was like, 'What the fuck?' My grandma, my mom and my sister there, partying with everyone else.” Well done, Swizzy. 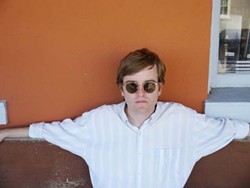 Meanwhile, Mississippi-based pop artist Dent May — who performed at Opolis last September — masterfully executed the Obscenity Switcheroo (when someone drops a bomb and abruptly shifts tone). “I love weird, fucked-up movies and dark shit so much," May said, "but for me, songwriting is a healing process … kind of meant to pick someone up.”

Wow. Didn’t see that one coming, did ya?

Then there's the Inspirational Curse, which rapper Twista — who performed at Farmers Public Market back in December — just flat-out nailed. Because nothing gets us fired up like a little cussin'.

“I wanted it also to let people know they could do anything, that there’s nothing they can’t do,” he said. “The people you might not expect to win can triumph and overcome any obstacles in their way. Underdogs can do this shit.”

Best and worst categories from past years

Quite possibly the worst/funniest categories in the history of Best of OKC. We left in the names of the winners because things are funnier that way.

1995: Best Person You’d Like to See in a Centerfold — Troy Aikman

1996: Best Thing Oklahoma City Needs That It Doesn’t Have — An unbiased newspaper

2002: Best Person You’d Like to See in a Thong — Jenifer Reynolds 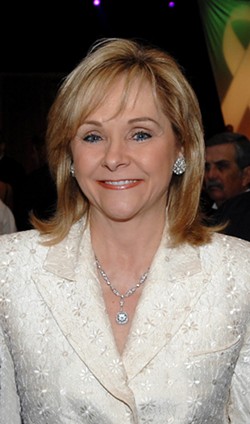 So the Best of OKC voters have spoken. Many wrote in their own answers on this year’s paper ballots.

Our ballots are fine-tuned to convey the most information in the most efficient way possible. The margins are tight all around and we leave little room for anything more the etching out a vote, but this rarely stops our informed and vocal readers from scribbling their opinions about the nominees.

Whether they love them or hate them, it always makes for entertaining and insightful reading.

Many of our readers seemed to think the two couldn’t possibly be legitimate nominations and wrote:

Others voiced opinions about why they voted a particular way. One voter selected Ree Drummond as Best Local Living Author “because redheads are hot,” which, in our opinion, is as valid a reason as any.

While The Flaming Lips continually win best local band, others seem to disagree. One ballot that initially voted for the Lips crossed out the vote and wrote, “Psych! BOO! BOO!” 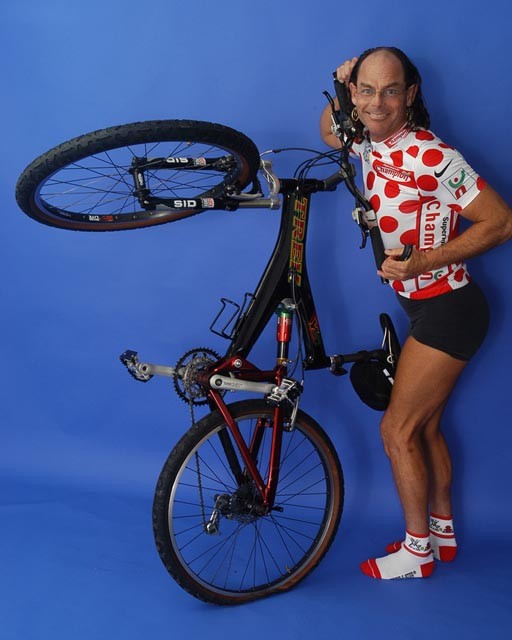 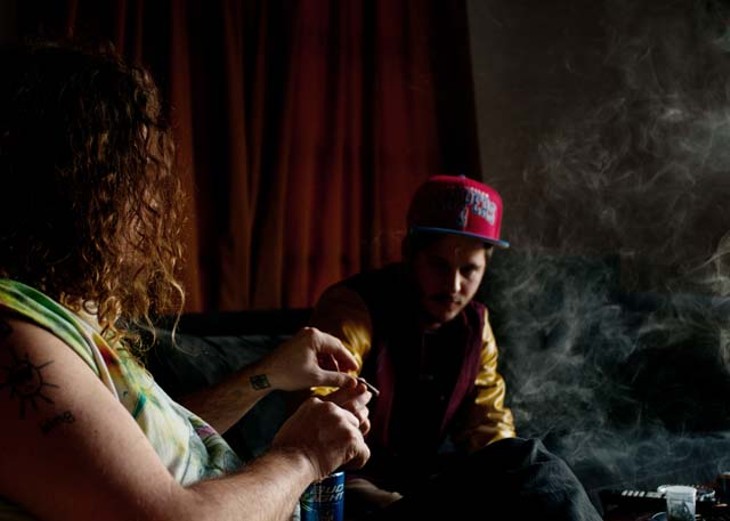 Best Gratuitous Use of an Illegal Substance — Wavves: Nathan Williams 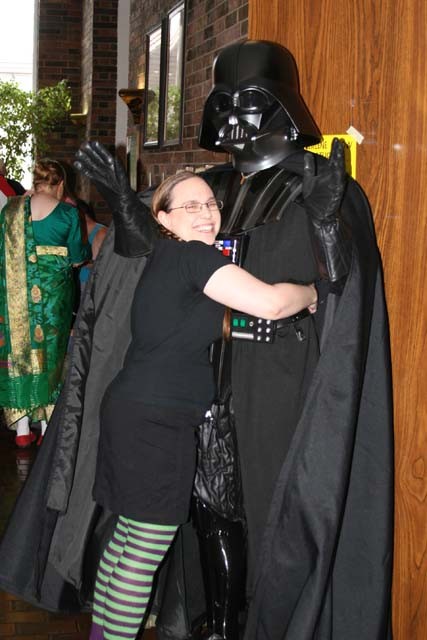 Best Use of Restraint by an Evil Villain — SoonerCon 23: Darth Vader

The 5 least awesome legislative bills of 2014

Picking which bills from 2014 should be considered the worst is no easy task. Our Legislature has made filing ridiculous bills an art form.

That includes Senate Bill 1023. In Oklahoma, where the de facto state motto is “local control,” state leaders constantly promote the importance of letting communities make their own decisions. That is unless it is something they disagree with.

As Democrats promote the benefits of increasing minimum wage, Oklahoma’s Republican Legislature passed SB 1023, which prevents cities from setting their own minimum wages. The hypocrisy of this bill is what puts in on this list, along with House Bill 2620, which prevents cities from creating property registries, like OKC tried to do in an effort to control blighted structures.

Another candidate for worst bill of 2014 is House Bill 1674, which was actually a carryover from last year but was brought back up for discussion this year. It aims to give teachers more freedom in challenging scientific understandings of the world and promote creationism. It was basically a pro-creationism and an anti-evolution bill, renewing a debate that has been settled in most of the developed world. Fortunately, it died without getting a vote on the House floor.

Senate Bill 1456 was passed this year and allows utility companies to charge customers extra for having solar panels on their house. Understandably, utility companies would prefer to sell you electricity rather than you create it yourself.

Fortunately for them, the Legislature agreed that letting Oklahoma residents find ways to save money and help the environment was not the type of state we are trying to create.

Finally, the last candidate for worst bill of the year goes to legislation proposed by Rep. Mike Turner, R-Edmond, who wants to ban all marriage. Since almost every court in the country has ruled same-sex marriage should be legal, Turner and some of his fellow lawmakers wanted to throw a childlike tantrum by saying, “If I have to share my toys, then I’m just not going to take any out of the toy box.” 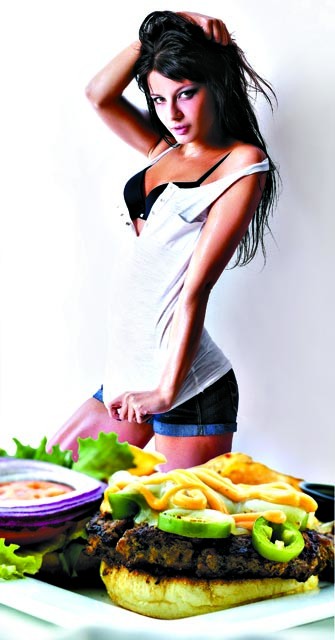 We combed through our food reviews for the past year, and rather than bog you down with full reviews, we thought we would cull the best of the rest — and by that, we mean some choice phrasing taken completely out of context. Here are our top 5, in no particular order, plus one that was just too good not to mention.

1. “Try the extra-spicy jalapeño burger basket with fries or extra crunchy chicken strips meal and then get a lap dance.” 2. “I have, like Vanessa Williams, saved the best for last.” 3. “Even my shirt was filthy when I was done, and it was worth it.” 4. “The wild rice makes a spooky side dish even death would be proud of.” 5. “Plus, no one is going to put a cardboard pirate hat on your head ... unless I get bored.” Honrable Mention: “In fact, chances are they were in some kind of industrial accident and the remaining blobs of brain encased in their stapled-together cranium can only dredge up a few words.”

Top 10 letters to the editor

We love our readers. We also love the people who take the time to write Letters to the Editor. However, sometimes, for reasons that might become apparent as you read these, they can’t always be printed. So, to celebrate The Best of the Rest, we’ve dug up some gems and taken them completely out of context.

Pick your words I had asked a friend of mine, whose wife had left him for another woman, if he would ever get married again. He replied, “No, there’s nothing out there but a bunch of whores.” The word “whore” did not sound very nice, so I changed it to “tramp,” then “shady lady.”

Does that taste like walleye? Make-believe profits with make-believe money and, as with my wallet scenario, they're not even printing it! They're just working their magic on their little magic computers and WHALLAH! To the tune of $85 billion per day.

Hey! We never thought of that Has anyone ever tried using good sales pitches to convince drunks and drug addicts to not do what they do? Drug lords to go out of business? Terrorists to reach for higher goals? Murderers to not do that?

It’s all empty China has basically spent a gazillion dollars on building whole cities and even their own "Wall Street" to rival anything NYC has to offer. There is even a replica of a whole town in England. They've been doing this for awhile now, and it all looks pretty cool, all totally modern and stuff. Problem? They're all empty. The buildings are empty, the malls are empty, the apartment buildings, the condos, all empty!

Cool guys Moses, Jesus and Muhammad. They all tried to end wars, poverty and disease. Barack Obama, Joe Biden and John Kerry — although not as cool as the prophets and a son of God — their goals do include raising the average of humanity by achieving global peace, prosperity and health insurance for every American.

The horror I have included several things I found on the man. It appears ... on New Years Eve 2013 [redacted] was found slumped over in his running vehicle with his door open in a bar parking lot.

Unite! The people of Eastern Ukraine apparently want to vote on the option to unite with Russia! Yet we had no problem with Scotland voting to become an independent nation from England!

Dance off Some line-danced, others danced the can-can, others still defiantly danced the electric Boogaloo.