The Coach House closes its doors after 31 years in business

It isn’t easy for chef Kurt Fleischfresser to let go of The Coach House, 6437 Avondale Drive, the venerable French restaurant that will close after 31 years in Nichols Hills.

“But it would be more difficult for it to not go out in style,” he said.

Sitting in one of the dining rooms at Vast, the 49th floor jewel atop Devon Tower, Fleischfresser has the look of a man at peace. He was already an accomplished chef when he joined The Coach House in 1987, but his time there helped build a culinary family tree that has, in many ways, come to define Oklahoma City.

The Coach House Apprenticeship Program was based on the work of Fleischfresser’s mentor, Chicago restaurant Vichyssoise’s head chef and owner Bernard Cretier, who would bring in apprentice chefs to work their way up the ranks, learning each station and mastering new techniques while teaching the apprentice just behind them. 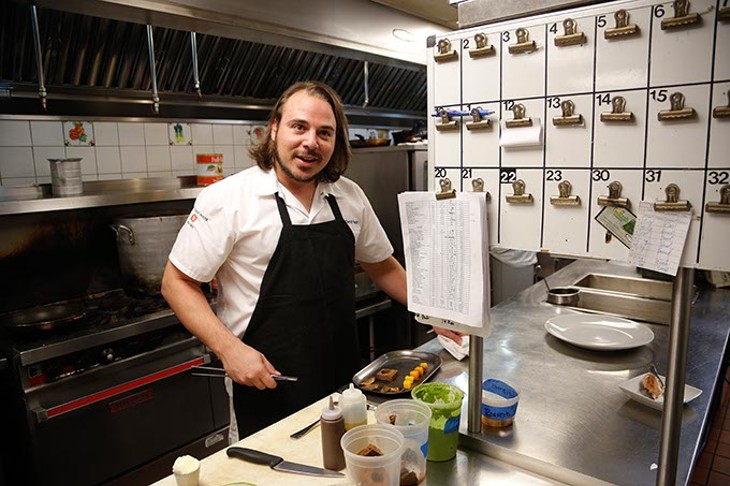 Henry graduated from the program in 2007. It changed his outlook on food.

“I worked in kitchens where you banged food out, just trying to get the orders done as fast as you can,” he said. “Coming to The Coach House taught me refinement and finesse.”

Henry was planning to go to the New England Culinary Institute in 2005 when Alain Buthion, one of the owners of La Baguette, convinced him to meet with Fleischfresser and talk about the program.

Two years later, he graduated and worked on the Fire Room at Musashi’s, changing the menu at Sushi Neko and opening The Lobby Cafe & Bar at Will Rogers Theatre.

As chef de cuisine at The Coach House, he presided over a plethora of dishes and dinners.

“One of the best memories, foodwise, are the tasting menus. Doing smaller dinners in the back room were some of the most fun,” he said. “Last year, (Thirst Wine Merchants owner) Alex Kroblin brought in a winemaker and we did 12 courses for 26 people. I just had a blast and broke out the modernist cuisine sort of stuff.”

One thing Groth knew is that he was done with advertising. He started thinking about what he really loved and what he wanted to do for the rest of his life.

“It came down to football coach or chef,” he said. “I’ve always loved the kitchen.”

When he met Fleischfresser, he had never worked in a restaurant, but Groth went away with his name on the list for future apprentices and a few chefs who might take him on. One of those was Henry, with whom he worked at Lobby Bar before starting the program.

Like the others, Groth started as the chef garde manger — in charge of preparing cold appetizers and salads during the day — and moved up the ranks to pastry chef, grill chef, saute chef and, finally, sous chef.

“The Coach House is a really special place. It’s a shared experience, almost like boot camp is for the military,” he said. “The guys and girls you’ve been through it with are bonded together.”

Even as he has moved on, Groth said he still feels Fleischfresser’s influence and support. 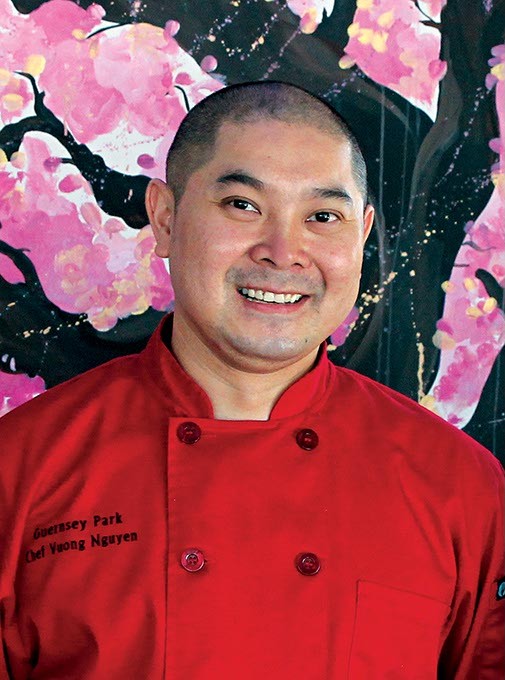 Nguyen remembers his audition to get into The Coach House’s program.

There was no cooking. Fleischfresser and Henry weren’t looking for a new head chef. They wanted someone who could listen and follow instructions. He broke down duck, chicken and beef tenderloin.

The Coach House wasn’t the beginning of Nguyen’s education, though. At the knee of his Vietnamese grandmother, he learned the lessons that would make him an ideal fit for the French restaurant.

Rather than pay for culinary school — a move Fleischfresser has talked many out of — The Coach House is a real-world learning environment of which Nguyen took full advantage.

“Kurt’s ideology is the same as mine. Do the hard work, put in the time, and you’ll prevail,” he said.

That’s what led Nguyen to opening Guernsey Park; moving to his own restaurant, Bonjour; and helping design the menu at Gigglez Bar & Grill in Midtown.

He’s not finished learning from his mentors, or being one. At Bonjour, Nguyen is training two protégés of his own. And the family tree keeps growing. 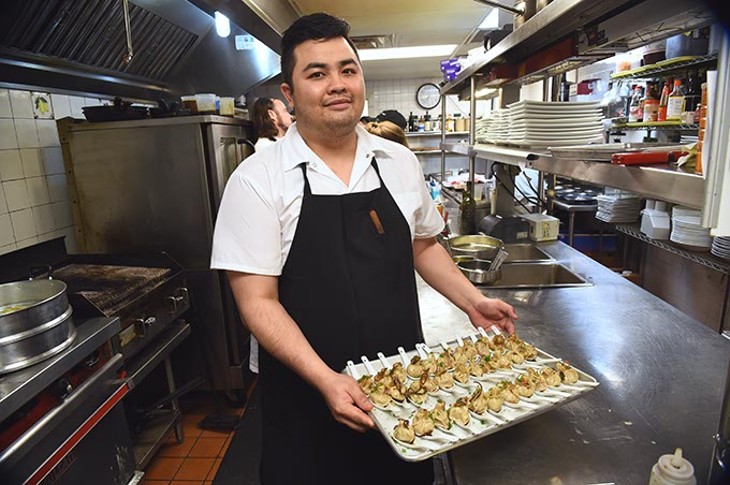 most recent graduate, The Coach House

On Jan. 24 and 25, Do took over the kitchen of The Coach House for a graduation dinner inspired by home cooking with classical French techniques: spoons full of pork soup dumplings, plates of five-spice duck bao, bowls of crab and grilled asparagus bisque.

It was a big change from his first day.

“It was nerve-wracking,” he said of starting at the restaurant. “You try to go in with an open mind, but it’s just awe-inspiring to see the guys who were already there, the attention to detail, the organization.”

At 28 years old, Do has a lot of learning left, but The Coach House gave him his most important tool: professionalism.

“I learned to take pride in the quality of my work,” he said. “There is a laundry list of little things I’ll take away, but more than anything, I learned to be a professional in the kitchen.”

Do will stick around through Valentine’s Day weekend, and then he’s off to stage — kind of an unpaid internship/job interview — in a few restaurants across the country.

He won’t be the first to take what he learned in Oklahoma City to the rest of the culinary world, either.

“I don’t think most people realize how many chefs are connected back to The Coach House,” he said. “It’s a special thing we had.”

The history of The Coach House would not be complete without Lower’s first restaurant, The Roosevelt Grill in Edmond, which opened in 1980. When oil prices tumbled, he sold it to Vince Orza.

Fleischfresser was working at the Skirvin Hotel and had gotten some good press in a short time, Lower said. The Coach House needed a new chef. When they met, it clicked.

“I remember when he came up with the sautéed shrimp with cheddar cheese corn cakes,” he said. “It’s still one of my favorites and still on the menu.”

Even after he sold the restaurant to Fleischfresser in 2004, Lower ate there often.

“I’m still a fairly regular patron. I spent 20 years of my life there,” he said. “There’s still a part of me in that building.”

And there will be again. Lower is working with the restaurant’s bar manager Kyle Fleischfresser on the next concept for the venue. He said creating a space that matches the food, wine and service is one of the most enjoyable parts of the business.

“We’re keeping the fireplace, and we’ll open the kitchen up,” Lower said. “It’ll be a mixture of old and new. That makes for lots of interesting possibilities.”

Kurt Fleischfresser said the restaurant is booked up for Valentine’s Day weekend, and if he’s not in the kitchen cooking, he’ll be there to say hello. But that might not be the last hurrah. The Coach House could do a few pop-up meals and let guest chefs come in and play.

“It’ll be a chance for the old girl to let her hair down,” he said.

It was never supposed to be staid or stuffy, he said. But for the restaurant that was farm-to-table before the phrase existed, the public perception of a “fancy” restaurant became reality. Customers came less often because it seemed too expensive, even while steakhouses charged more.

The Coach House will always be Fleischfresser’s “home kitchen”; the place he knows like the back of his hand; the dining room where his work, family and friends became one; a place where he saw his children grow up and apprentice chefs become leaders.

But even as the restaurant ends its run, there are more chefs for him to train. Vast might continue doing the apprentice program, though on a smaller scale, Fleischfresser said.

And with that, Oklahoma City’s restaurant scene breathes a sigh of relief.