The Dressmaker entertains despite an overabundance of material 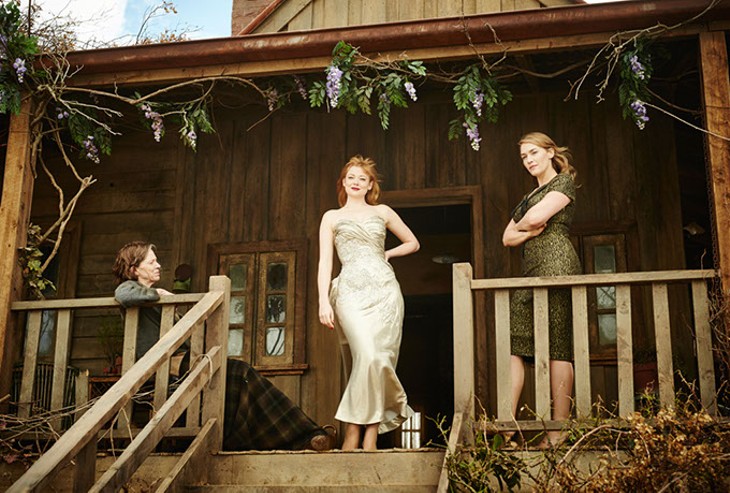 Despite a woman falling asleep on my shoulder around the film’s halfway point, The Dressmaker is not boring. Nonsensical, perhaps. Spread thin over the sheer number of genres it wishes to cover, definitely. But never boring.

The Aussie novel adaptation (whose Austen-esque Gothic sensibilities lead me to dub it a “Western of manners”) comes from writer and director Jocelyn Moorhouse and involves tailor Myrtle “Tilly” Dunnage (Kate Winslet) returning to her small town to care for her sickly mother Molly (Judy Davis). After an extended period of murky futzing about with various characters (like random trailer park hunk Liam Hemsworth as Teddy), we get to a premise: The dressmaker was banished from town 25 years ago when she was a child.

So now it becomes a mystery (Why banished?), a tale of revenge (I’ll get them for banishing me) and a story of coming home (I’m back). But it’s also an adult parent care film, a Western and a multi-plotted character drama with some slapstick thrown in for good measure.

The Dressmaker wagers that its target audience might only get out to see one film in theaters this year, so it should just as well cram all the genres they love into its two-hour runtime.

With a plot so murky that it obscures the vibrant haute couture created by Winslet’s character, it’s best not to try to follow too closely but rather lean back and take in all you can. One or two plots might not make sense (like why Tilly makes beautiful bespoke gowns for townsfolk she despises), but there are definitely pleasures to be had in the dry humor and kinetic direction.

Death, destruction and violence is often quickly followed or follows a gag of the blackest humor. It might be an erratic film, but moments are still sharp.

While Molly hams as much as possible, munching on scenery and mewling each line, Tilly is a well-tailored sexpot. Her love interest and former schoolmates (including Teddy, 26, and Sarah Snook as Gertrude “Trudy” Pratt, 29) aren’t close to Winslet’s charisma or age, so the intimation she was in primary school with them is somewhat jarring. 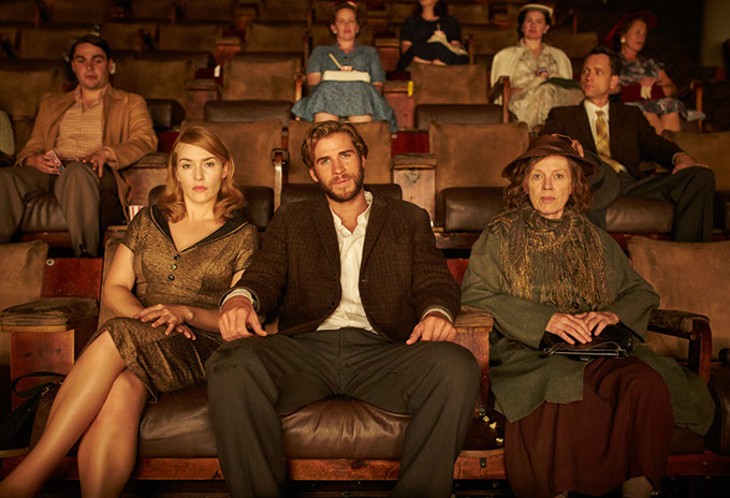 The film also includes some backward-minded treatments of its fringe characters, unrelated to the setting’s time period and its more conservative view toward women and marriage.

Hugo Weaving’s lonely policeman Sergeant Farrat sheriffs his catty town from inside the closet and becomes the butt of jokes for his predilection for women’s clothing without the dignity of one scripted joke to buttress what boils down to gay-bashing for laughs.

Similarly, Barney, the mentally handicapped brother of Hemsworth’s character, serves the same use as special needs characters do in many movies: shouting inappropriately so the audience can smile warmly at this wretched creature as he becomes an important plot point because, as we all know, truth and wisdom come from the mouths of babes.

The Dressmaker fits in so many characters and so much plot that half the actors work full-time babe-mouthing shifts. Anxiety disorders, dementia, learning disabilities and PTSD affect many in the community.

On second thought, maybe that’s not so unusual after all.