The George is a tower of power with its updated menu 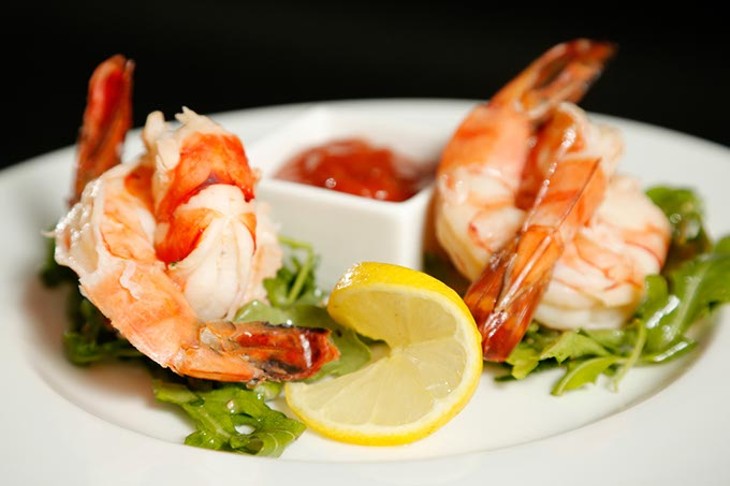 The shrimp are so big that if they weren’t on a plate, they’d be attacking Tokyo and fighting Ghidorah.

“Those are U-10s,” said Kevin George, owner of The George Prime Steakhouse, which sits high atop Founders Tower, 5900 Mosteller Drive. That means it takes less than 10 of them to make a pound. They’re sometimes called “extra colossal” shrimp.

And they taste amazing.

Hit with a dash of lemon oil, this shrimp cocktail ($11.99) is found on The George’s new Bar Bites menu. Focused on smaller portions and lower prices, it’s a nice way to experience the stunning restaurant on an everyday budget.

“We are trying to be more than just the anniversary and birthday place,” George said. “We want to bring people in to enjoy themselves.”

The more people who see The George, the more who will love it, he said.

From this view, there’s plenty to love. Formerly home to Nikz at the Top and The Eagle’s Nest, the 360-degree reach of The George allows diners to take in the whole city. Every seat offers a unique vantage point, whether it’s gazing out over downtown, watching the lights twinkle in the neighborhoods or the activity on Lake Hefner.

“There’s not a bad seat in the house,” George said.

At 9,000 square feet, the layout of the restaurant feels luxurious. Ample tables give guests room to breathe and take in touches like the wine walls and works by local artists.

The bar also offers a playful turn on the classic tavern staple chicken strips with their curried chicken ($9.99). Marinated strips of chicken breast are dyed yellow and deep red with curry and grilled, giving them distinct identities. The yellow curry, more subtle, pairs well with honey. The spicier red curry is best with the apple yogurt. All are moist and flavorful.

Just because a diner chooses the bar doesn’t mean steak is off the table. On the contrary, there’s a version of steak frites with a 5 oz. prime filet and steak fries ($26.99), a beef carpaccio with olive oil and fresh arugula ($13.99) and even a few burgers.

George said the new menu was crowd-sourced, in a way. Founders Tower is a residential space, and he heard from those closest to the venue that it would be nice to come up for a lighter meal. Much of what made it on the menu was chosen because of support from residents.

The fare is also tied heavily to the beer menu, George said. Though the restaurant sells more wine, he was very deliberate in choosing the beer list. In addition to a few national mainstays, the restaurant chose more local brews and smaller, regional beers that aren’t available at every bar. 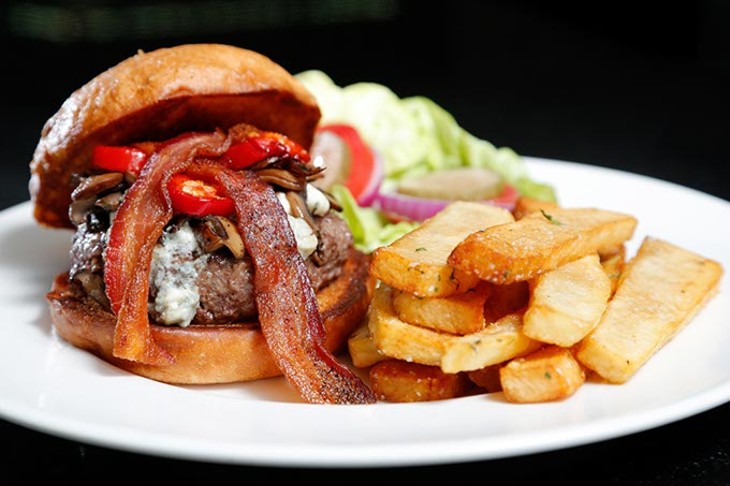 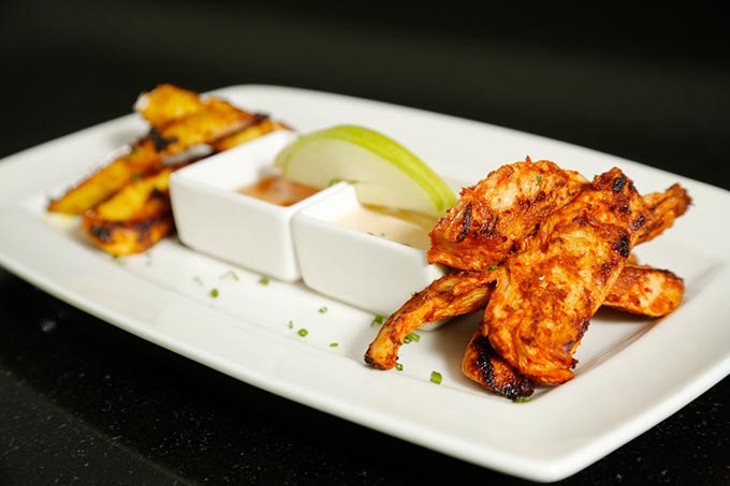 “Lunch was always in the cards from day one,” George said. “When we first opened last June, we felt the kitchen wasn’t quite ready to handle both services.”

Almost a year later, after bringing on and training more staff, the restaurant now serves a lunch menu that ranges from the expedient to the extravagant.

In addition to a selection of prime steaks, customers can dig in to a plate filled with prime burgers. Made with chuck and supplemented with steak trimmings, they are cooked to perfection.

“This is a great business lunch menu,” George said. “Since we’re right off Northwest Expressway, we wanted something for a quicker lunch. We still have prime steaks and other entrees on the menu, but not everyone wants a big meal for lunch.”

One light option is actually hiding on the appetizer menu: sesame seared ahi tuna ($12). Served with a yuzu vinaigrette, thinly sliced pineapple and an arugula salad with pistachios, it’s a satisfying dish that doesn’t weigh down the stomach.

If you have room saved up, George said there’s nothing more popular on the dessert menu than the apple cider caramel doughnuts served with a house-made spiced vanilla ice cream ($12).

The bread and butter at The George will likely always be the fine dining crowd, which has come to expect dinners as irresistible as the views. But to the owner — a man with a clear affection for the space and the menu — it’s important to share his restaurant with everyone.

“Atmosphere, food and service. That’s what makes us special,” he said. “There’s room for all of us here.” 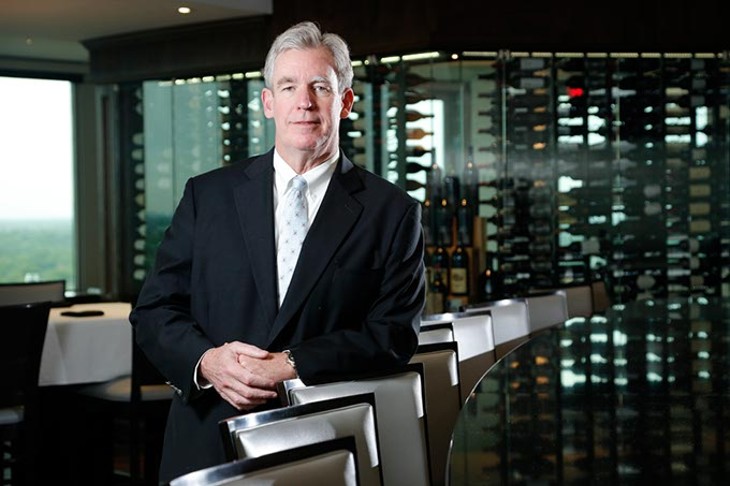 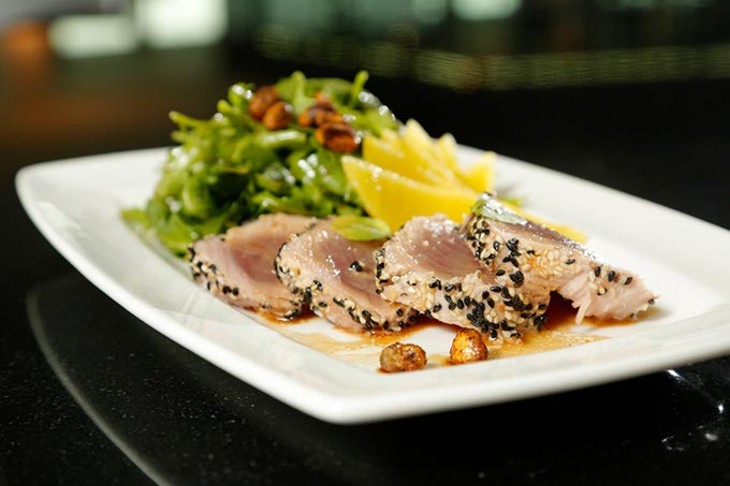