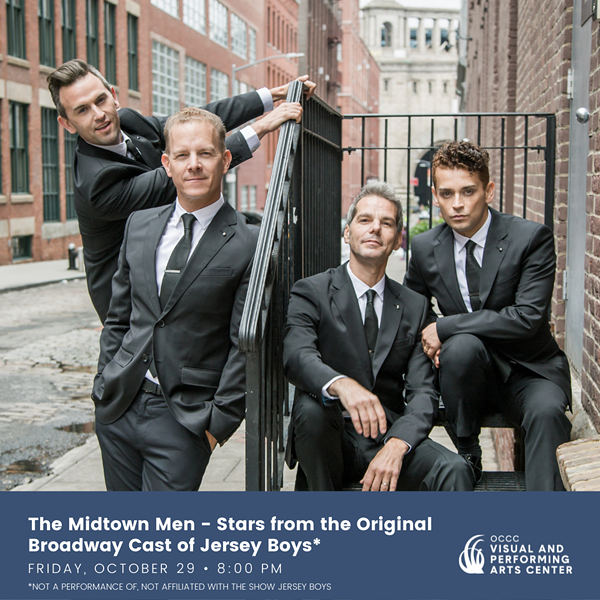 *NOT A PERFORMANCE OF, NOT AFFILIATED WITH THE SHOW JERSEY BOYS

This amazing quartet of Tony-award winning stars from the original cast of Broadway’s Jersey Boys is the first vocal group ever formed by the principal cast of a high-profile Broadway show. After sharing the stage for over a thousand performances, Tony Award-Winner, Christian Hoff, Michael Longoria, Daniel Reichard and Tony Award nominee J. Robert Spencer decided to take their signature sound and chemistry to audiences everywhere. “Sliding up to the microphone, the singers had the air of the Rat Pack, Motown and a nightclub act rolled into one.” -The New York Times