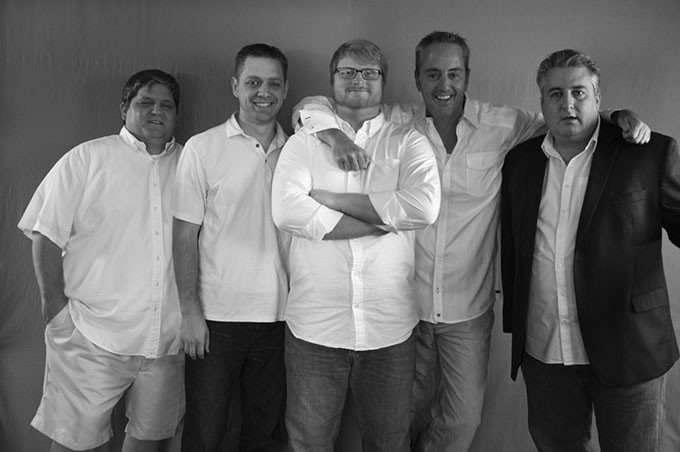 Curtis Fitzpatrick knew little about the expected timetable for returning to work after a heart attack, but he firmly believed the medical emergency would sideline Morning Animals co-host Phil Inzinga for more than a week.

He believed in his assertion so firmly that he was willing to make a bet on it.

Fitzpatrick made his bet on-air against Spinozi, who sought advice from heart-attack veterans in the office at Cumulus Media, The Sports Animal’s mother company.

The insider tip proved valuable. Inzinga, who suffered the attack in June, returned after a week and Fitzpatrick lost the bet. Fitzpatrick, whose bet was placed tongue-in-cheek, said the entire Sports Animal team was immediately frightened by news of Inzinga’s brush with death. But like any band of brothers, it was time to have a little fun after they knew he was going to be OK.

“Him having a heart attack led to some great source material on the show,” Fitzpatrick said during a recent Oklahoma Gazette interview.

Inzinga, the show’s executive producer, joked that heart attacks are no fun and he does not recommend them. The incident illustrates the jovial, bar-buddy tone the co-hosts strive to set for their morning listeners.

“That [heart attack] sucked,” Inzinga said. “That’s an eye-opener. But it does play into the show, because if there was anyone on the show who was going to have a heart attack, it was going to be me.”

The current Morning Animals lineup materialized after a pair of the show’s former hosts left The Sports Animal for another station. Fitzpatrick was the only host left.

At first, management tinkered with a few different looks before settling on the team as it exists today. Murdock was not new to sports radio — he gave University of Oklahoma (OU) football practice reports on the morning show before joining as a host. Inzinga and Spinozi were transplants from the Cumulus station known then as 96.9 BOB FM.

“I knew literally within 25 minutes that it was going to work,” Inzinga said, “because it was like sitting at the lunchroom table in high school, which, prior to this, is where I did my best work.”

Spinozi, who was on vacation at the time of this interview, had some previous experience in sports radio and had already been a fill-in host for The Sports Animal. Inzinga, however, had never worked on a sports-themed show before.

“I would have never picked sports to be the format that worked,” he said. “And it’s definitely the format where I’ve had the most success. As far as the show goes, there’s just so much room for creativity that I did not expect.”

The five-member morning show is large by industry and market standards, but each personality brings something distinct to the table. Fitzpatrick and Murdock, though laid back on the show, are rooted in journalistic discretion. Spinozi, on the other hand, is an unapologetic fan. Inzinga cracks jokes, not pretending to be an expert.

“People are like, ‘Phil’s not a sports guy,’ but if we don’t have Phil, we don’t have the show we have,” Murdock said, stressing the importance of each member.

Someone tuning in to The Morning Animals, especially during the slower summer season, is as likely to hear Game of Thrones talk or the newest viral news blooper as they are hardcore sports coverage. The show is intentionally light and accessible.

On a groggy Monday morning when few people want to be anywhere near work, Inzinga said he wants the show to be at least one bright spot in someone’s day.

“This has been the most fun I’ve ever had,” Inzinga said. “As far as doing radio, it’s the most fun you could ever have. It can be stressful, but it is certainly fun.”

A lot of work goes into making the show sound effortlessly fun. Sports talk DJs don’t have the freedom some of their music counterparts experience. Before Inzinga and Spinozi joined The Sports Animal, Fitzpatrick remembers walking by their studio as they cooked or took calls while music and commercials played.

The Morning Animals has no music to play. The hosts are the show.

“With this show, we’re busy,” Fitzpatrick said. “We’re on the air, and when we go to break, we’re working even more because we’re setting up bits for the next segment.”

As the commercials play, the hosts race to prepare for what is next.

“We’re running out of seconds and I’m trying to send Phil something through email so we can play it before we get done with the show,” Murdock said. “I’m like, ‘Is it there?’ and he’s like ‘It’s not here! Where is it?’”

One question has undoubtedly crossed many fans’ minds as they catch Fitzpatrick on an evening television sportscast or see Murdock tweeting during a night OU game: When do these guys ever sleep?

“My naps have gotten shorter now [that I have] my daughter,” Fitzpatrick said. “I always just say I don’t.”

Inzinga said he usually heads to bed around 9 p.m. with an added nap somewhere in the day. He arrives at work sometime around 4 a.m.

Murdock’s sleep comes more irregularly. Hosting the morning show would be work enough for many, but his role with Sooner Scoop is another full-time job on top of that.

How, then, do they stay up to watch a late Oklahoma City Thunder game knowing they have to get up before even the crack of dawn the next morning? To The Morning Animals, that’s exactly what makes the job worth it.

“We are fans too, so we want to be watching that stuff,” Fitzpatrick said.