In Ecuador, they burn effigies. In Spain, they eat a dozen grapes as the clock strikes midnight. In Ireland, they bang bread against the doorways and windows. In Russia, they wait for the fur-bedecked winter wizard Ded Moroz to deliver presents to children. This New Year’s Eve, residents of the Oklahoma City metro will get the chance to toast with champagne, watch fireworks, strike yoga poses and listen to bands with names like Shocker Boys. Every culture rings in the New Year in its own way. 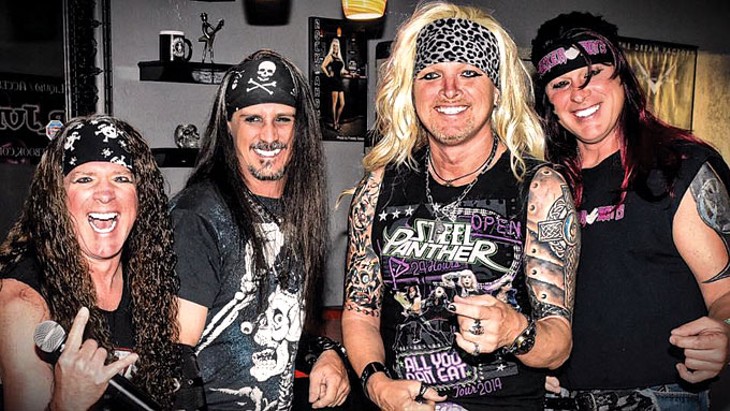 Disco doesn’t suck, and it never died (it will survive), so what better way to make 2018 feel mighty real than by stayin’ alive, shaking your groove thing and getting your “Le Freak” on in Showplace Theatre at Norman’s Riverwind Casino and Hotel? Get down tonight.

OKC’s film-noir-themed bistro and bar will suspend its dinner service on NYE, but it will offer appetizers to soak up the drinks and the all-important champagne toast at midnight. Belt “Auld Lang Syne” or whatever else you feel like into a microphone because there’s karaoke as well as a dance floor if you’d rather just twerk it out the way Humphrey Bogart would’ve. 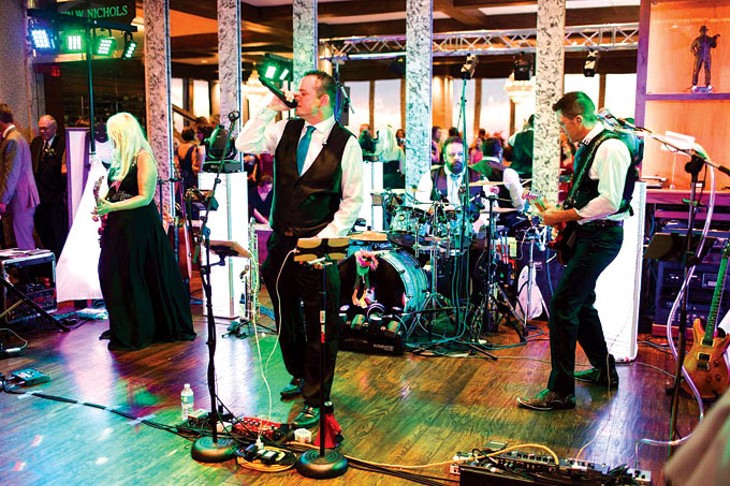 Okie Tonk Cafe NYE Bash with Life of the Party

There’s no pressure to be the life of the party when the Life of the Party is already onstage, doing its thing into amplification devices. The four-piece band covers hip-hop, country, disco, rock and Top 40 favorites with an eclectic party playlist that includes everything from Cross Canadian Ragweed to Iggy Azalea and KISS. After you’ve worked up an appetite on the dance floor, Okie Tonk’s menu offers all manner of Southern-fried and pub favorites.

Class up the new year at Oklahoma City Museum of Art. Galleries will be open until 11 p.m., giving diners plenty of time to peruse whether they’ve made reservations at 5, 7:15 or 9:30 p.m. Live jazz played by The Music Makers will begin at 9 p.m., and the museum’s roof terrace will open at 11:30 p.m. for fireworks viewing and champagne toasting.

New Year’s Eve can be as fancy as you want it to be at The Jones Assembly. $25 gets you standing-room-only access to a performance by Norman ’90s tribute act My So Called Band, and $75 gets you all-venue access including VIP entry to the T Room mezzanine cocktail lounge and patio plus hors d’oeuvres and a champagne toast at midnight. Drop $100 and you get all of the above plus a prix-fixe dinner ($25 extra for a wine pairing or a reserved table during the show, $50 extra for both).

The seventh floor of OKC’s Ambassador Hotel will host a swinging shindig featuring a DJ-equipped dance floor, party favors and a dinner, wine and cocktail menu. Guests will be treated to a sparkling wine toast on arrival, or they can spring for champagne bottle service and get the VIP treatment all night with a reserved table.

Pre-game for the New Year the namaste way and work up a sweat at this free hourlong yoga class hosted by Hidden Dragon. Get your flex on to the tune of classic ’90s hip-hop tunes and tell yourself it will make up for all the debauchery you’ll get up to later in the day.

If the traditional champagne toast is a bit too highfalutin for your taste, welcome to The Jungle, where you can try taking a hit of the bubbly from a champagne bong. Don’t worry about making a good impression either, because it’s a masquerade ball with music by cover band Wild Heart. The cost of admission also includes party favors and a four-course meal. (Warning: At midnight, everyone’s supposed to drop their masks, so maybe don’t embarrass yourself too much.)

Laugh in the New Year

Wring a few more laughs out of the old year with headliner Chris Porter (Last Comic Standing, Comedy Central Presents), feature act Matt Golightly (The Bob & Tom Show) and host Spencer Hicks (Oklahoma Gazette cover model, 2014). Tickets to the late show cost twice as much because they include party hats, noisemakers and snacks (no tomatoes provided) so you don’t accidentally ring in the new year unceremoniously.

Get your hangover in before you’ve even started celebrating at this early show and double party celebrating both New Year’s Eve and the one-year anniversary of local country-and-western dance party Honkytonk Hangover. The open mic portion of the program, hosted by Jeremy Johnson, starts at 1 p.m. and is followed by DJ Bourbon Cowboy spinning classic country records until headliner Damien Christian of The Blind Staggers takes the stage around 5 p.m. Honkeytonk Hangover will help you get ready to get to work on building your next hangover following the festivities.