The industry has grown substantially over the last dozen years, a result of the Oklahoma Tribal-State Compact legalizing Las Vegas-style gaming on tribal lands.

Examining anecdotal and empirical evidence, she said tribal gaming in Oklahoma is a $7.2 billion industry that impacts every resident in some way, according to a recent OIGA-commissioned economic impact study.

As the light from a slot machine illuminated her face and their sound effects echoed around her, Morago said gaming revenues benefit tribal governments and their members, promote economic development, provide employment to tribal and nontribal state residents and revive struggling rural economies.

The majority of the state’s 130 tribal gaming operations are based in rural Oklahoma.

“It’s a big industry, and we are a large job producer in Oklahoma,” Morago told Oklahoma Gazette during an interview at last week’s OIGA Annual Conference & Trade Show at Cox Convention Center. “In some towns and counties, gaming is the largest job producer and that area’s economic engine.”

Native gaming, especially in the Sooner State, shows no signs of slowing down. Gaming revenues for the Oklahoma City region, which includes Texas, grew 5.7 percent, according to a July report released by the National Indian Gaming Commission (NIGC), the federal body that regulates Indian gaming.

Only the Sacramento region grew at a faster pace than Oklahoma City, at 6.3 percent. The Tulsa region, which includes Missouri and Kansas, grew at 4 percent.

“In my opinion, it is the biggest success story in Indian Country,” Klas said. “There is no state in the country where the impact has been greater on the state itself than here in Oklahoma.” 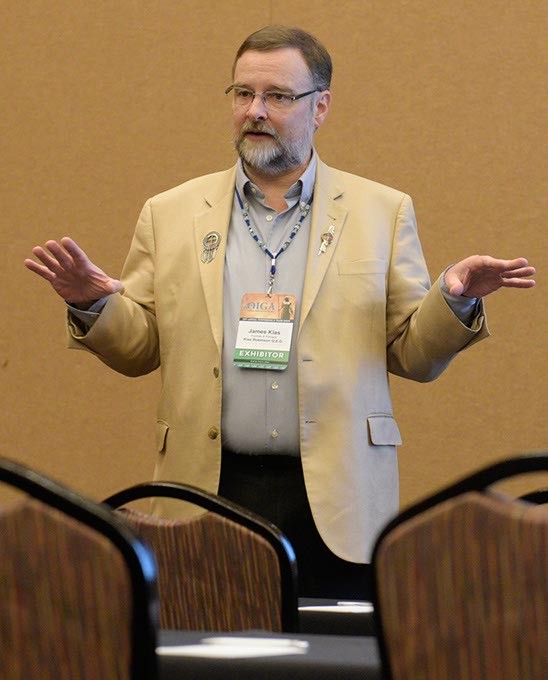 This past February marked the 30th anniversary of the U.S. Supreme Court’s decision in California v. Cabazon Band of Mission Indians, a landmark case that protected Native gaming from local and state attempts to shut down facilities.

The justices’ decision made way for the 1988 Indian Gaming Regulatory Act, which provided the legal framework for tribes to operate gaming facilities on Native land.

As tribes throughout Indian Country began to enter the industry, many Oklahoma tribes focused on their bingo parlors, which doubled as “entertainment centers.” Prior to the 2004 passage of State Question 712, the Tribal-Gaming Compact, it was illegal for tribes to pursue full-scale casino ventures, known as Class III gaming, that typically includes craps, poker and slot machines.

Tribes were left with the options of Class I (often social and traditional Native games) and Class II gaming (bingo, pull-tabs and some video machines).

Around the millennium, Americans began to take note of tribal casinos and gaming, in large part because of its growing presence and bottom line.

Of those operations, 20 are combined with hotels and resorts, which also offer meeting and entertainment space.

“When we look at Oklahoma, we call it a maturing market,” Morago said before citing Choctaw Casino & Resort in Durant as a prime example of a gaming operation transformed into an entertainment destination.

Tribes have been diversifying since the advent of tribal gaming in Oklahoma, first offering snack bars and restaurants and expanding to include shops, spas, golf courses and concert venues. Often, the restaurants that attract customers to casinos are franchised.

“In the industry today, non-gaming amenities are expected with the gaming experience,” Mickey Ward, director of corporate gaming at Cherokee Nation Entertainment, told Gambling Insider earlier this year. “The larger the market your property targets, the bigger the expectations. While gaming is at the forefront of our business, we are constantly evaluating ways to provide our guests with amenities not found anywhere else in the market and to remain the region’s entertainment destination of choice.”

In 2015, 45.9 million visits were made to Oklahoma-based gaming operations with 18.7 million visits from out-of-state visitors, according to the OIGA study.

Klas, who has studied casino gaming in Oklahoma and elsewhere, believes Oklahoma’s location plays a large role in its economic success.