There were four of us at the table and only seven butternut squash gnudi. This was a problem.

It didn’t seem like a big deal when our server at The Pritchard Wine Bar, 1749 NW 16th St., set down the plate of bite-sized dumplings in a hazelnut mascarpone cream sauce, but then I took a bite.

From now until executive chef Shelby Sieg decides to remove the dish ($8) from the menu, I will order it. And even then, I’ll order it, and when they insist it’s no longer available, I’ll go back to the expo station in front of the kitchen and beg her: “Please, Shelby, just one more plate of gnudi.”

The dumplings feel lighter than air but have a solid, smooth texture to give your teeth something to do. There’s a slight sear on the outside, giving added flavor. Once you bite through, however, the gnudi begins to melt away. The sauce is creamy and nutty, like melted Parmigiano Reggiano cheese. Truly, I was smitten, as were my tablemates, which is why a fierce battle of wills erupted between those desperate not to miss a second dumpling.

The Pritchard is a wine and tapas bar, which means it offers a well-manicured wine list and small plates meant to be shared. Gnudi are supposed to be shared, but no one will blame you if you refuse.

The cheeses, which are just as carefully chosen as the wines with which they so readily pair, aren’t any easier to share. If you’re not an oenophile, don’t worry. General manager Mindy Magers trained her front-of-house staff to help you select the perfect bottle.

Selecting the perfect cheese is easier since there are only five. My favorite is the Fromager d’Affinois with pomegranate ($7), which is about as creamy and buttery as any Brie you’ll find but feels lighter on the tongue. Sharp pomegranate is a perfect companion to the richness of the cow’s milk cheese.

But if you like a more tangy cheese, Dansk Blue with rosemary walnuts ($6) is a blue cheese lover’s dream. And Project X ($6) is a more solidly built Alpine-style selection that comes with a gorgeous orange marmalade.

Man absolutely can live by cheese and dumplings alone, but The Pritchard’s menu runs so deep, it would be a shame not to explore a little further. Brussels sprouts with Spanish chorizo ($9) are your reward for pressing on. The piled-high plate comes with lovely roasted sprouts that have just enough fat and char to make them interesting and enough restraint on the part of the chef to keep them from turning into mush.

The solid vegetable is joined by an equally solid cubed sausage. Spanish chorizo is more homogenous than Mexican chorizo and holds its shape better. The fat it releases is enough to baste the Brussels sprouts in flavor, and the seared sausage gives the dish a crisp balance to the softer vegetable.

A wonderful feature of a tapas menu is that diners don’t feel restrained by the need for a main course. That said, if you want something a little more filling, its proteins menu is ready and waiting.

The seared duck with fig, juniper gastrique and walnuts ($14) was nice, but the flavor was a bit subdued. While fig and juniper tend to throw their weight around, the milder duck got lost in the shuffle.

Others I’ve dined with felt differently, but I am happy to leave the duck for them and indulge in the fried chicken thigh with Pritchard pickles ($9).

Well-seasoned thigh has a meatier, more pronounced flavor than breast, and it’s easier to keep moist. Coated and fried, the thigh at The Pritchard was a dream. The pickle’s tartness plays off the fat of the thigh and tricks the tongue into complacency. Then, when you’re about to take the next bite, the heat of the seasoning hidden in the crust sneaks up on you. 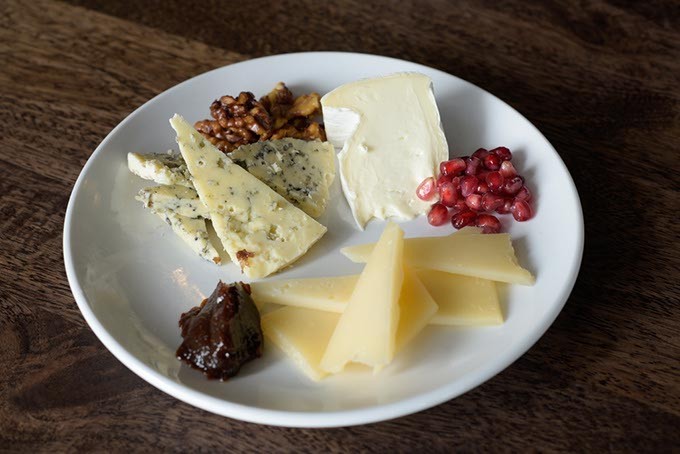 The grilled skirt steak with chimichurri sauce and arugula ($14) is more straightforward but no less enticing. If you don’t consider it a night on the town without a steak, you’ll be pleased you ordered this one.

Cut on a bias, The Pritchard’s skirt steak is a tender, beefy joy. It’s big enough to satisfy a solo diner or give everyone at the table a taste. Since it arrives pre-sliced, it’s easy to distribute evenly. If that doesn’t sound like a big deal, you might not have tried to share a steak before.

The outside has a perfect crust if you’re looking for a simple steak experience, but the chimichurri sauce — a bright green blend of parsley, garlic, vinegar and olive oil — provides a delightfully tart counterpoint to the richness of the beef. It’s a classic Latin American pairing done exceptionally well.

Chef Sieg’s menu is so wonderful it has me both dreading the thought of her removing menu items yet eagerly anticipating what she will come up with next. Add a welcoming and relaxed ambiance, great wine list and service and you’ll see why The Pritchard makes an already-booming 16th Street Plaza District even better. 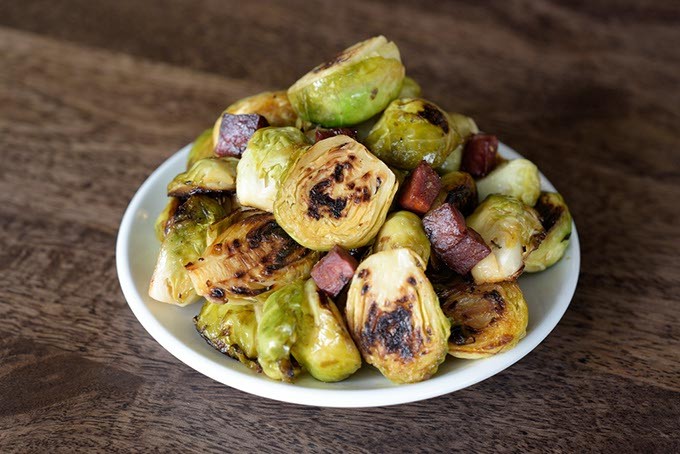