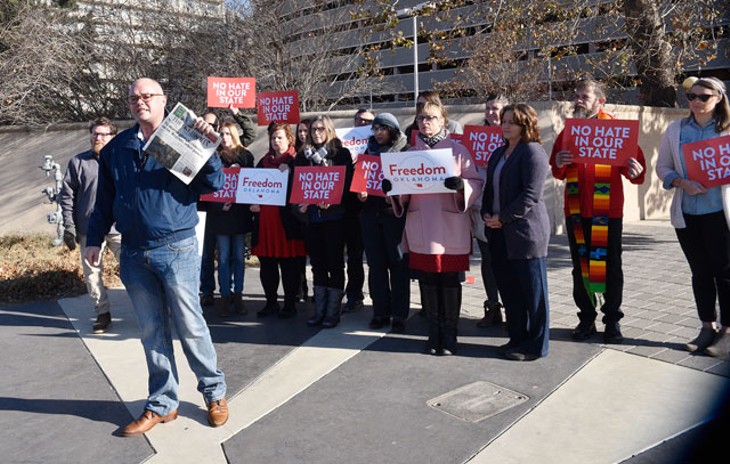 While researchers have long debunked any connection between homosexuality and the criminal acts of pedophilia, former Oklahoma City Mayor Kirk Humphreys made such a reference in an episode of KFOR’s Flashpoint that aired on Dec. 10. Humphreys, who serves as the show’s conservative voice, left Rep. Emily Virgin, D-Norman, filling in for Mike Turpen, speechless as he began his comments asking, “Is homosexuality right or wrong?”

In the hours that followed, the public began to weigh in on the remarks, calling for an apology and later resignations from the boards Humphreys serves on, including his position as vice chairman of The University of Oklahoma Board of Regents. Clayton Bennett, chairman of the Board of Regents, issued a statement disagreeing with the public statements made by Humphreys. The University of Oklahoma officials stated Humphreys was speaking as an individual and not for the university on the Sunday morning opinion show. Several OU leaders, including President David Boren, reaffirmed the university’s commitment to creating an inclusive community respecting people of all backgrounds. Humphreys followed with his own statement regretting his comments and for hurting people’s feelings.

“It is not okay to equate these communities with things that are legitimate crimes like pedophilia,” Claire Funk, the OU student who planned last week’s rally to protest Humphreys as an OU regent, told Oklahoma Gazette. “It was a repulsive statement. It also struck me that he knew what he said was going to be offensive. When you clearly understand you are hurting a community and you still say it anyways, you need to be held accountable.”

With the Board of Regents in the midst of a search for its next university president, J.D. Baker, Student Government Association president, is one of many voicing concerns over any role Humphreys’ beliefs might play in the hiring.

“I hope he chooses to resign,” Baker said. “He isn’t fit to lead. He isn’t fit to serve. As an employer, it is not fair to have such a bias towards the LGBT community, especially if they are candidates for the president of the university. If he chooses to stay on, we have programs that will teach him to be an ally and what the LGBT community is about. He can have his convictions, beliefs and free speech. At a certain level, there must be human dignity and respect that we give to one another. His comments were far from respectful.”

Days later, across the street from John Rex Charter Elementary School, an Oklahoma City Public School site authorized by OU, parents gathered to protest Humphreys as chairman of the John Rex board. Maggie Howell-Dowd explained the school’s children are taught eight expectations and the first expectation is to value one another as unique and special individuals.

“Mr. Humphreys has dishonored that expectation, to say the very least, from his comments about gays — which there are several families at John Rex including my family, as well as his comments in 2015 about the diluted gene pool from Oklahoma City schools because good genes had moved to the suburbs,” Howell-Dowd said. “He does not and should not represent me and my family.”

Howell-Dowd was joined by other parents calling for their school community to contact John Rex board members and OU regents to state concerns about Humphreys remaining on the board. His seat is one of two seated by the university. The John Rex board meets next in February. 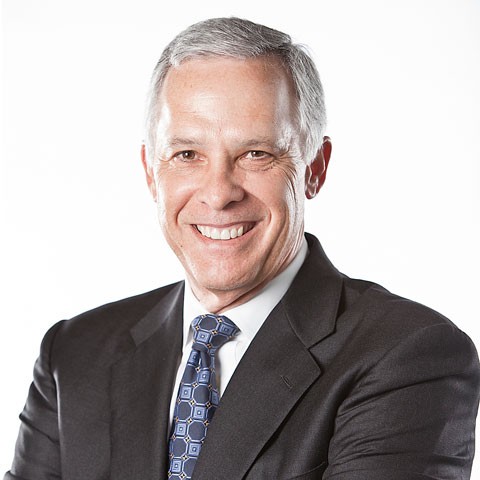 Despite such calls, Humphreys remained in his positions at the end of last week. At press time, Oklahoma Gazette was notified of a Dec. 19 press conference where Freedom Oklahoma and Humphreys planned to announce their “efforts to work together.”

The state’s LGBTQ advocacy organization is responding by applying pressure to key University of Oklahoma donors to withhold contributions as well as building a coalition of allies to raise their voices in opposition of Humphreys’ service as a regent, but also as a board of director on the state’s largest utility company OG&E and chairman of the John Rex Charter Elementary School board.

Humphreys did not return calls for comment from Oklahoma Gazette.

“As we’ve said over and over, this is not about curtailing his speech or trying to change his beliefs,” explained Troy Stevenson, executive director of Freedom Oklahoma. “He can say whatever he wants and believe whatever he wants. He just can’t say it while representing the flagship university of the State of Oklahoma, the largest energy provider and an elementary school. While he has the freedom of speech, he doesn’t have the freedom from the consequences involved.”

If Humphreys was employed by OU or John Rex as well as OG&E, his public statements would have violated non-discrimination policies, Stevenson said. Such policies are exclusive and do not affect board members.

“We initially came out asking for an apology, and we got a non-apology,” Stevenson said. “There was a civilized way to deal with this that could have been a learning moment for everyone. Mayor Humphreys is hidden. He has refused to engage and take ownership of his own words and his own actions. At the very least, people deserved a dialogue and a conversation.”

Former Oklahoma City Mayor Kirk Humphreys offered an apology for his homophobic remarks aired on KFOR’s Flashpoint to Freedom Oklahoma in a private meeting Dec. 18. The following morning, Humphreys and Troy Stevenson, executive director of the statewide political LGBT rights advocacy organization, appeared before the press so Humphreys could offer a public apology.

Humphreys, who currently serves as vice chair of The University of Oklahoma Board of Regents, has faced calls for his resignation from the board of regents and other boards since Flashpoint aired Dec. 10. In the episode, Humphreys made a reference equating gay men to pedophiles.

The former mayor will participate in an open forum Jan. 18 at OU. It’s described as an educational event, and university students and the greater community are invited to hear from Humphreys and ask him questions. The time and location will be announced soon.

“He made it clear in his statement to us that he did not believe the same things he said on Flashpoint,” Stevenson told reporters. “I think there will be a very robust and open conversation on Jan. 18.”

At the press conference, Humphreys stood at a podium and read from a prepared statement. While walking away from the podium, he stated he doesn’t plan to resign from any boards. Humphreys chairs the John Rex Charter Elementary School Board and is a board member of OGE Energy Corp.

Humphreys did not take any additional questions from the press. According to Stevenson, Humphreys was slated to meet with Paula Lewis, Oklahoma City Public Schools Board chair; Garland Pruitt, president of the Oklahoma City branch of the NAACP; and John Rex parents on Tuesday.

The board of regents called a special meeting for 10 a.m. Thursday (Dec. 21) at the University of Oklahoma Health Sciences library. The agenda features one item: “Discussion and consideration of any Board of Regent member(s) as it may pertain to Board leadership positions, including evaluation of any potential associated proceedings.”

The statement issued by Humphreys reads:

“I have watched the show more times than I can count, and I am sorry. Some of the things I said do not reflect what I believe or the way I have tried to live. Let me be clear; I do not think that homosexuality in any way disqualifies a person from full participation as a citizen in our community, including service in public office. At no point in my public or private life have I sought to take action that precludes or otherwise diminishes the opportunity for every person to be treated as equals.

“To be candid, I brought up Barney Frank as a partisan counterpoint in the heat of the moment. I intended to reference the scandal early in his career, and then I simply couldn’t remember the details. At that point, my argument went off the rails and I said some things that I deeply regret.

“Further, I do not think it is right or appropriate to equate homosexuality with pedophilia. Preying on children is always wrong, no matter who you are or what political view you hold.

“Perhaps my greatest regret is that I’ve hurt a lot of people. I know I should I seek to speak the truth in love. I failed to clearly convey what I believe to be true, and my tone was not loving. I apologize for my failure.”

Print headline: Words matter;  The public is speaking out in response to Kirk Humphreys’ remarks on Flashpoint.