The Society celebrates an anniversary and helps out an artist 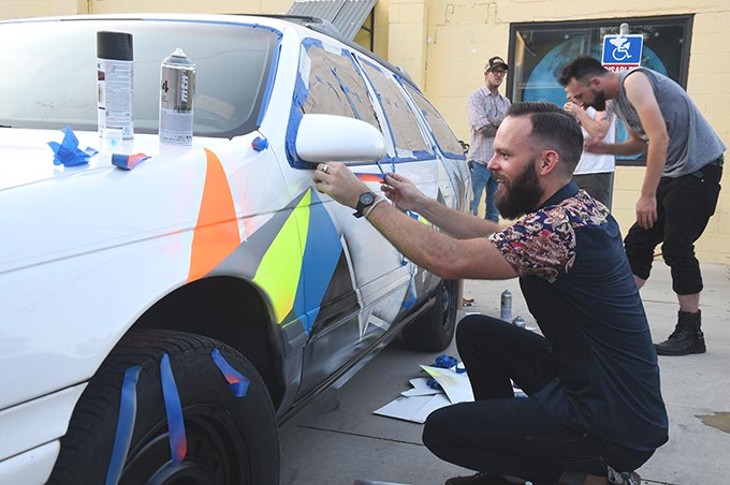 He wanted to nurture artistic expression while developing projects and events that would also help improve the city and the lives of people in it.

“What we wanted to do was find out how to build people into creative professionals,” Smith said. “That’s something we did very differently, and the people that have been involved as artists are also people that have garnered a lot of success as artists.”

Over the years, as the space and the community inhabiting it expanded, Smith realized he could do even more.

The group supported and promoted a crowdfunding campaign to raise money for Ashton Prescott, a musician and fellow artist who is fighting a devastatingly painful and, so far, undiagnosed illness.

Despite numerous physician visits, tests, trial treatments and mounting health care costs, his condition and its cause remain a mystery.

Smith tied the campaign to The Society’s fourth anniversary celebration to help his friend and colleague raise needed funds to visit Mayo Clinic experts and, hopefully, find a diagnosis and treatment plan for a disorder that is so debilitating that Prescott is sometimes unable to walk.

Cortney Palmer, Prescott’s fiancé, established the GoFundMe crowdfunding campaign and committed herself to the overall project, even as she plans for the couple’s Nov. 7 wedding.

The event helped raise more than $2,500 and was successful, Smith said.

“What helped more than monetarily was that it helped his heart and his belief in people,” he said. “What you give someone when you just show up is something more than money could ever help with.”

But he also admitted that the GoFundMe project wasn’t fully funded and Prescott will have to wait for that trip to Mayo until he can afford the estimated $25,000 needed to get him there and back home.

“Sometimes, it’s just about leading with your heart,” Smith said about the growth and positive change he has seen in the local creative community and the realization of his dreams with The Society.

Smith said he’s prepping future events and charitable efforts via The Society and his craftsmen peers at Weldon Jack.

The GoFundMe page is still active at gofundme.com/sej6p2c (or search Cortney Palmer at gofundme.com). All donations will go to Prescott to enable him to find the diagnosis and treatment he needs, Smith said.

Learn more about The Society at facebook.com/theSOCIETYokc.

Print Headline: Well made; The Society is home to an arts collective that has learned that sometimes, success happens by following your heart.