The Toe Tag: Respecting the dead

Death investigators come into contact with many religious rites and practices the general public may not be aware exist.


Oklahoma is a melting pot of religion and culture and investigators and forensic pathologists encounter some form of religious requests and oppositions. For example, most Muslims and Judaists object to autopsy or any anatomical intrusion of the body. Some believe the body can feel pain after death and an examination could delay the custom of burial within 24 hours.


One young lady who died in an auto crash. Soon after arriving back at the office with her body, the parking lot was filled with her family members, all from the Kickapoo tribe. I went outside to speak to them about the process of examining and then released the remains of their loved one. They asked if they could perform a ceremony in the parking lot and remain until her body was ready for release. I agreed. The family told me that the Kickapoo believe that, after death, the deceased will wander the afterlife as they left this life. They do not believe in preserving the body, preferring to inter their loved ones in the state they died. 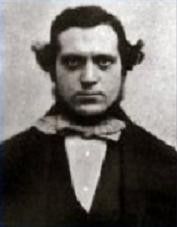 Forensic pathologists and investigators try their hardest to honor these beliefs, but in some cases, like homicides, where autopsies are necessary for prosecution or in cases where there is no known medical history of the deceased, an autopsy is the only way to determine cause and manner of death.


One Oklahoma Christian congregation, The Church of the Firstborn, I found especially unique. Founded as an offshoot of the Latter-day Saints 1857 by Joseph Morris, they have roughly 40 churches and about 40,000 members (also known as Morrisites) within the state of Oklahoma. Over the years as an investigator, I worked a handful of deaths of members of this congregation. They have extreme opposition to medical intervention, doctors, and medicine. If one of their members or children fall ill, they simply put their lives and the lives of their children in “God's hands.”


Because these cases have no known medical history or medical diagnoses to determine cause and manner of death, they fall under state jurisdiction and the Office of the Chief Medical Examiner in Oklahoma must take responsibility for signing their death certificates. Most of the cases are natural in terms of manner of death, but some have been determined accidental. However, this does not negate any legal repercussions should the manner of death be determined homicide.


Death investigators hope to honor the dead by respecting their religious rites but our duty is to honor the law above all.