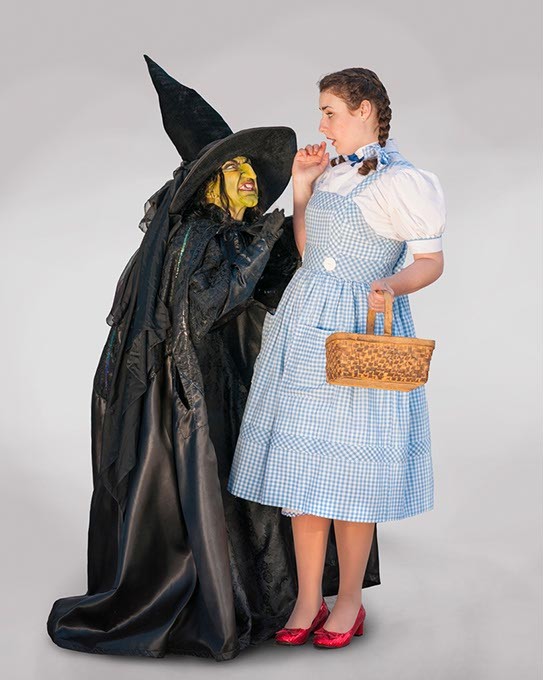 Lyric Theatre of Oklahoma begins its summer season near the end of June with four musicals.

Dreamgirls, The Wizard of Oz, Fiddler on the Roof and The Drowsy Chaperone fill the summer schedule and star performers from Oklahoma and across the world. Each production takes place at Civic Center Music Hall.

First up is Broadway musical Dreamgirls, written by playwright Tom Eyen with music composed by Henry Krieger. It tells the story of the fictional female singing group The Dreams and its rise to stardom.

Michael Baron, Lyric’s producing artistic director, said part of the production’s allure is how the drama grasps the audience’s attention through quick yet fluid storytelling.

“As you’re moving through all that music, the show also moves fast,” he said. “It’s very exciting and you watch how these women deal with the music business and the challenges they face.”

The tale, widely rumored to be based on the experiences of real-life Motown act The Supremes, follows the trio from its early 1960s beginning into the disco era. They find success, but inside and outside forces break them down.

The musical was adapted into the 2006 film and box office hit of the same name starring Beyoncé Knowles, Jennifer Hudson, Jamie Foxx and Eddie Murphy. Hudson won a Best Supporting Actress Oscar for her portrayal of Effie White.

Next is family classic The Wizard of Oz. Baron said the production lives up to the expectations and dreams of those who love the L. Frank Baum tale.

“We have this beautiful, huge set,” he said. “It’s a spectacle. When the tornado comes, the witch goes through the air, the roof flies off, Dorothy flies through the air and all land in Oz.”

Lyric veteran Arden Walker portrays Dorothy, flanked by Jerry Jay Cranford as The Cowardly Lion. Melissa Griffith is Glinda the Good Witch and Renee Anderson is The Wicked Witch of the West.

“It’s so different seeing The Wizard of Oz live with a full, beautiful orchestra,” Baron said. “Being in a huge auditorium full of families enjoying it is really fun.”

Following the trip to the Emerald City, Lyric’s production of Fiddler on the Roof takes stage.

The musical tells the story of Tevye, a poor Jewish dairy farmer, his five daughters and their struggles with the idea of traditional, arranged marriage in pre-revolutionary Russia.

In an interesting twist, the parts of Tevye’s daughter Hodel and husband Perchik are played by Broadway’s Sandra Mae Frank and Christopher Tester, both deaf performers.

“They will actually be using sign language, ASL [American Sign Language],” Baron said. “The actor who plays the fiddler — it’s usually a small part — he’s going to voice and sing all of Perchik’s parts.”

He said Hodel’s interpreter also will be worked seamlessly into the production.

The summer season closes with The Drowsy Chaperone, a musical comedy about an agoraphobic man’s love of a fictional musical and imagines the production taking place in his apartment while listening to the score and commenting on the production’s flaws and charms.

The Man in the Chair narrator hits a sentimental note with Baron.

“I remember, when I was a kid, I would listen to all my mom’s Broadway albums and I would just listen over and over to these records,” Baron said. “That’s what this guy does.”

The musical stars Tony Award nominee Emily Skinner in the title role and Martin Burke, who appeared in Lyric’s The Odd Couple, as The Man in the Chair.