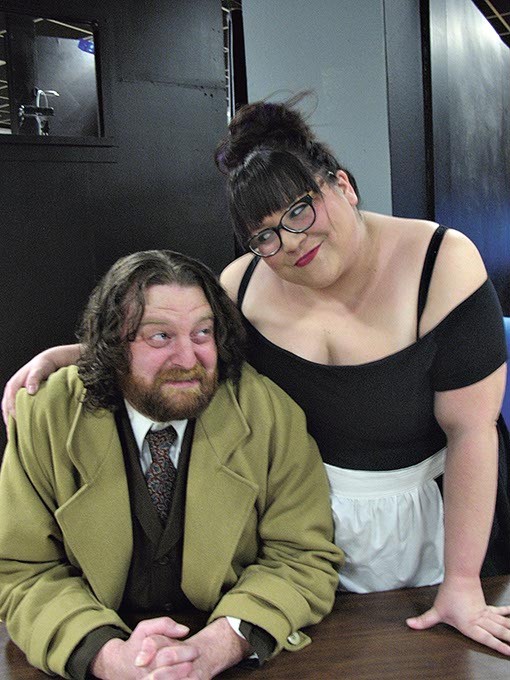 OKC Theatre Company (OKCTC) came under fire from conservative groups across the country for its 2013 production of The Most Fabulous Story Ever Told, a satirical retelling of Bible stories featuring gay and lesbian characters.

“Our company was targeted by political-religious people last year who spread misinformation and duped people throughout the city and across the country into harassing us relentlessly for three solid months,” said Rachel Irick, OKCTC artistic director.

OKCTC responded the best way it knows how: with art.

The story concerns a pious family man named Orgon who is duped by the manipulative religious hypocrite Tartuffe into giving up his daughter’s hand in marriage — and the family fortune — even as the ne’er-do-well makes advances on Orgon’s wife.

Tartuffe premiered in 1664 and was soon banned by King Louis XIV, most likely under direction of the archbishop of Paris, Irick said.

Irick said that the director, Fabrice Conte, a native of Cannes, France, has extensive acting and directing training and translated plays from French to English. Those things made him an obvious choice to direct this production. Conte previously directed OKCTC’s Frankenstein and Madea and starred in Most Fabulous.

While Molière’s rhymed couplets are respected, under Conte’s direction, the settings, costumes and characterizations reflect a more abstract setting.

“Our Tartuffe is far from a museum-piece theatre experience,” Irick said.

Tartuffe’s character is modeled on ’80s infamous televangelists who swindled millions from followers to provide themselves lives of luxury and excess.

Irick said Tartuffe will alwaysbe compelling and relevant as long as there are hypocrites who exploit religion for money and power, but he doesn’t consider the production or its message anti-religion.

“The problem is not Christianity itself; it’s the way people in politics and business twist and exploit it for power and personal gain,” Irick said. “But what can we do? We’re artists, not politicians. So, instead of getting mad about it, we choose to laugh.”

Print headline: Searing satire, Tartuffe, written in the 1660s, is as biting and relevant today as it has ever been.