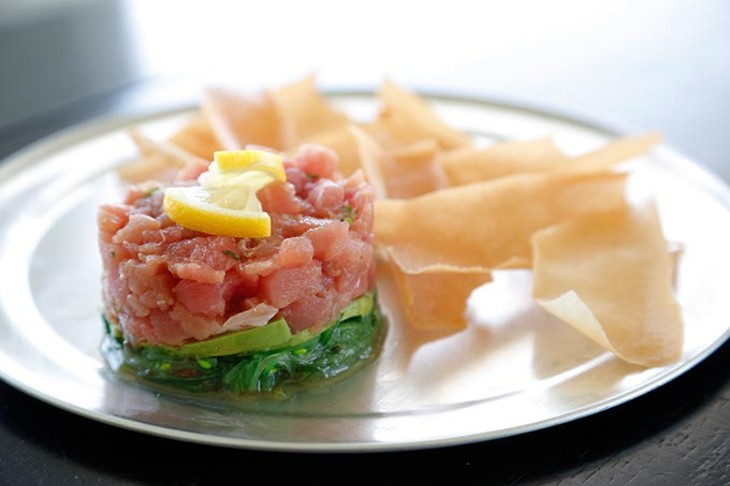 The food at the 51st Street Speakeasy was never bad. It just wasn’t great.

That has changed, thanks to Frank’s Wurst.

Owner Kody Hookstra brought his popular hot dog and sausage cart fare into the Speakeasy, 1114 NW 51st St., and quickly made the kitchen his own, turning out food that is perfect for a night of drunken debauchery or people who just like food prepared by someone who gives a damn.

Here is an itinerary for you:

1. Before you order your beer or cocktail, go to Frank’s counter. It’s across from the bar.

2. Ask the nice gentlemen (the one in the backward cap is likely Hookstra) if they will please make you an order of kimchi fries ($8).

4. Go get your drink and wait for those kimchi fries to arrive.

What they will set down in front of you will look like a basket of fries caught in the crossfire of a brutal feud between a purveyor of quality condiments and a rogue butcher. No one survived. There is no victor to cheer nor vanquished who needs your tears.

All that you can do is honor their sacrifice and eat those fries.

Chunks of grilled steak marinated in Asian spices stud the surface of this battleground, as do dollops of Hookstra’s house-made kimchi, Sriracha and truffle mayo.

(What is kimchi? It’s like sauerkraut, except that a Korean decided to make it 1,000 times better.)

These are big enough to be a meal or even something you might share with a friend or loved one. But no one who loves you would take these away from you. This is a test, and they failed. Eat your kimchi fries alone and know your life will be better now without those people.

If you’re still hungry, that’s great news because now you can go and get a burger or a sausage from Frank’s Wurst. This joint makes its own sausages. It’s a time-consuming process, but Hookstra doesn’t seem to care. He just wants to make good food.

I had the Italian sausage ($6), and I have no idea what sauces they put on it. (Most of their sauces are house-made, too. That’s kind of insane, right?)

I just asked the staff to make it the way they’d want to eat it, and it showed up at my table and it was beautiful. They offer curry ketchup and jalapeño sweet relish, and if you want hot Cheetos on it, they’ll do that, too.

It’s a bar, man. They can do whatever they want.

And therein lies my favorite thing about Frank’s Wurst. Hookstra could do everything the easy way and most people wouldn’t care. Have you seen the line at Taco Bell at midnight? Drunk people will eat anything.

But rather than aim at mediocre, this crew of tattooed misfits throws special after special up on the board. Fresh pig-ear cracklins ($4) (with some fried chicken skin thrown in for good measure)? That substantially raises the bar on bar food.

They have an ahi tuna tartare ($7), with fresh, pink fish stacked high on top of a bed of seaweed salad and avocado. That’s not something you make when you half-ass your job. That kind of dish shows passion.

I know they put mini tacos ($6) on the menu to satisfy the masses’ hunger for novelty, but they are top-notch. The pork is textured perfectly, almost melt-in-your-mouth tender, and the flavor was better than I’ve had at plenty of taquerias.

Hookstra still uses the food truck out and about in the community, but if you need a reliable dose of Frank’s Wurst, he and his staff man the counter at the Speakeasy six nights a week.

Whether you drink or not, it’s a bar worth visiting just for the food. 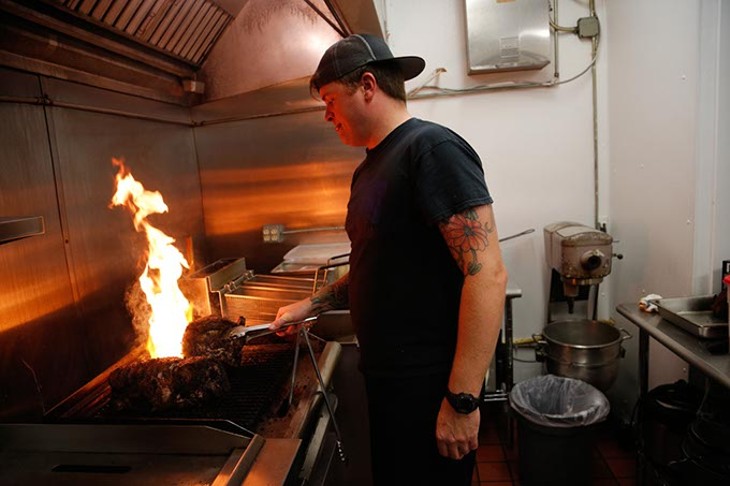 What works: Pork tacos, homemade sausages and kimchi fries. What needs work: Wait times can get hairy on busy nights. Tip: It’s a bar, so don’t take your kids. 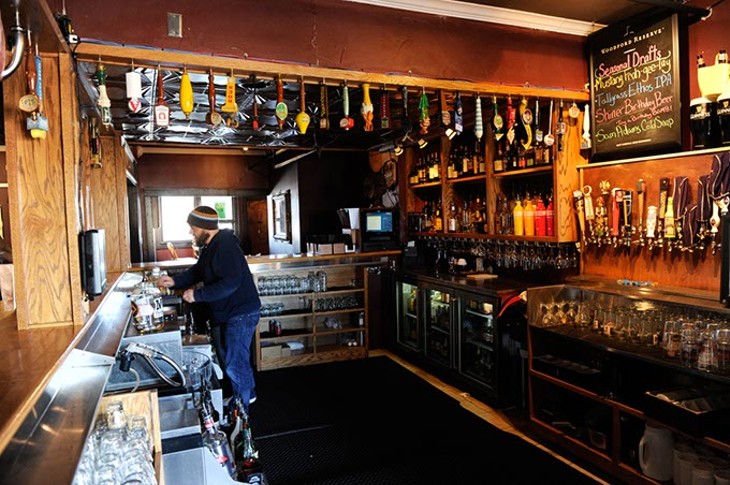 During the wild Prohibition era, 1920-1933, sneaking into an illicit bar called a speakeasy held an attraction both forbidden and exciting.

When you drive by 51st Street Speakeasy and see the Art Deco-lettered sign on the sprawling house, it’s not immediately clear where to enter. Park around back and look for the entry sign.

Once inside, you’ll find comfort and booze among era-accurate decor featuring pictures of flappers, gangsters and contraband barrels of beer and whiskey.

“The main house was built in McAlester during the early 1900s and was moved in pieces here during the 1930s,” said venue owner Kevin Sine.

Legend has it that the house (actually houses; there are three of them attached) over time has been a speakeasy, a brothel, a nursing home and even an antique shop.

The first floor includes a large bar area and a stage for live music, with a smaller bar off to the side. Two patios create a popular after-work hangout and late-night gathering place.

Upstairs is a warren of hidden-away rooms and vintage bars. 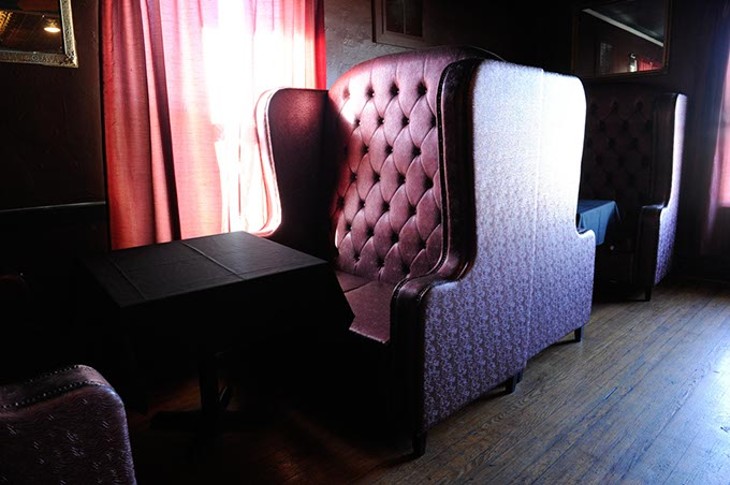 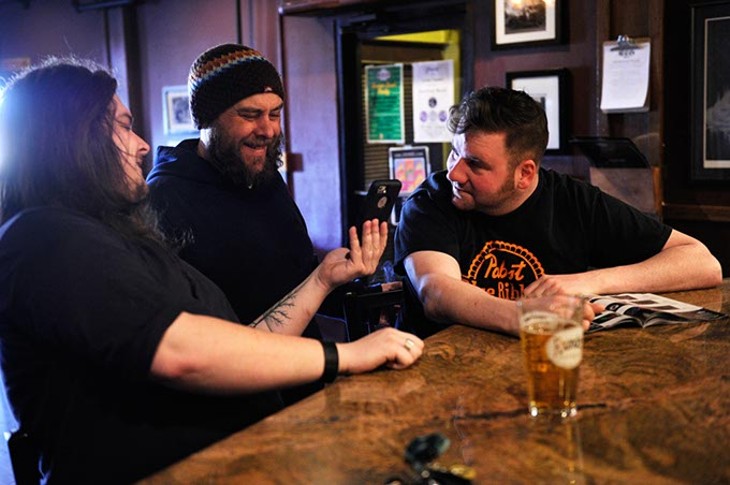