This issue of refugees in OK was met with mixed reactions 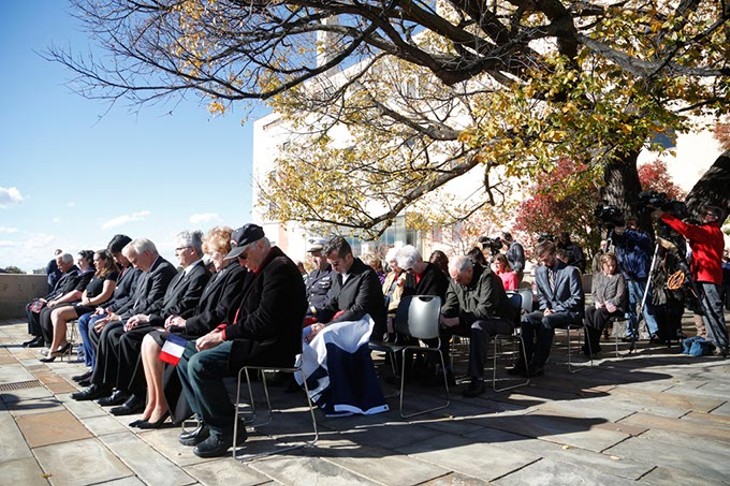 As a child born and raised in a Palestinian refugee camp in Lebanon, Imam Imad Enchassi hoped to one day reside in a peaceful country.

“Growing up as a refugee, I always looked for a place where I could eventually call home,” said Enchassi, senior imam and president of the Islamic Society of Greater Oklahoma City, “somewhere I belonged, was respected and my views were respected.”

When he was a teenager, he found home. In 1982, he received a student visa to study in the United States, a country that lived up to the expectations he set at a young age, when he was surrounded by war and conflict.

Earlier this month, like people around the globe, he mourned for the victims of the Nov. 13 Paris terror attacks. Days afterward, his heartbreak intensified as a plan to resettle 10,000 Syrian refugees — a fraction of the hundreds of thousands of citizens escaping the Islamic State terrorist regime that also claimed responsibility for the Paris attacks — in the United States became the debate among national leaders, governors and residents.

A Syrian passport, which was later ruled a fake during the investigation of the attacks, was found near one of the Paris assailants. The passport fueled fears that the terrorist group could utilize refugee and resettlement programs to gain access into the United States.

Enchassi said he has no use for that debate. His heritage is Syrian, and he has monitored the civil war for the past four years. Civilians flee for their lives with nothing but hope.

“When you are in a refugee situation with hope given to you, whether that hope is in the form of housing, food, water or a foreign country taking you in to start your life all over again, and now [foreign countries] are playing with you, your future and your dignity,” said Enchassi, whose mother is Syrian, “I call it political soccer. It is very heartbreaking. The only hope you have in the midst of all the darkness is being undistinguished by some silly politicians.”

In Oklahoma, Republican Gov. Mary Fallin joined 30 fellow governors when she urged “President Barack Obama to suspend accepting Syrian refugees into the United States in the wake of deadly terror attacks in Paris being linked to the Islamic State,” according to a statement issued Nov. 16.

She was supported by other state lawmakers, including Rep. Casey Murdock, R-Felt, and Rep. Sean Roberts, R-Hominy.

On Nov. 19, the U.S. House of Representatives passed a Republican-authored bill, the American Security Against Foreign Enemies Act of 2015, to restrict admission of Iraqi and Syrian refugees into the country by adding extra security procedures. The bill moves to the U.S. Senate for consideration; however, Obama has denounced adding additional measures in the resettlement program, which began in the 1970s.

Currently, after a refugee passes the screening by the United Nations High Commissioner for Refugees, additional review is required in the United States by agencies such as the U.S. Department of State and Department of Homeland Security.

Refugees in the United States often wait two years or more before being matched with resettlement service organizations and arriving in the country. In Oklahoma, Catholic Charities of the Archdiocese of Oklahoma City and Tulsa, along with YWCA Tulsa, serve refugees and remain committed to receiving Syrian refugees.

Governors declaring their borders closed to Syrian refugees are issuing political pressure, not action, said professor Joseph Thai, who teaches at the University of Oklahoma College of Law.

“Our system is clear and simple,” Thai said. “The federal government has exclusive authority over immigration. Congress passes immigration laws, and the president has the power and discretion to exercise under the Refugee Act of 1980. … What is clear under our federal system is that governors don’t have authority to make foreign policy decisions. They certainly cannot refuse to admit into the state anyone who is legally in the country.”

“Discrimination on the basis of the national origin or some other protective characteristic like refugees’ religious beliefs is unconstitutional,” Kiesel said. 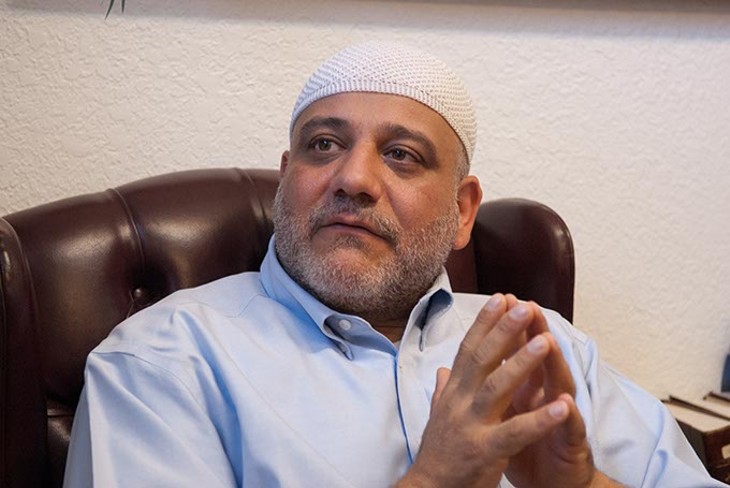 Following the well-attended vigil, CAIR received messages of support for its efforts to renounce terrorist violence. The support was met with the troubling statements made by state and national leaders, said Soltani, whose organization stands behind Syrian refugees arriving in the United States.

“We are very appreciative of Catholic Charities of Oklahoma City and Tulsa to say they are still bringing refugees,” Soltani said. “In my opinion and in my evaluation, the concept that we don’t want refugees is an extension of the increasing Islamophobia rhetoric we’ve seen in politics over the years. These refugees; vast majorities are Muslim. Politicians and elected officials are using the term refugee interchangeable with the term Muslim to continue to propagate a fear and hysteria of Islam.”

Hiba Jameel, who was raised in Baghdad, Iraq, came to the United States four years ago through a scholarship to the University of Central Oklahoma. On Nov. 17, she attended a prayer vigil to honor victims of the terror attacks at the Oklahoma City National Memorial.

Like Enchassi, she experienced war as it ripped through her homeland, followed by humanitarian aid workers who arrived and shared programs for those seeking asylum.

“It is the responsibility of every government to protect their people,” Jameel said, citing her studies in international relations. “I feel sorry that this is being used against people that are fleeing this situation. Not only did they experience terrorism in their own country and were trying to find a safe place, but now are impacted by another act of terrorism. I feel sorry for the people that had to suffer by the act of a few.”

Enchassi said he came to America for its values and freedom and hopes people will remember the promises made to those who settled long ago or days ago. He quoted the inscription on the Statue of Liberty, which reads, “Give me your tired, your poor, your huddled masses yearning to breathe free.”

Print Headline: Breathing free, The issue of resettling refugees was met with a mix of reactions locally and across the state.