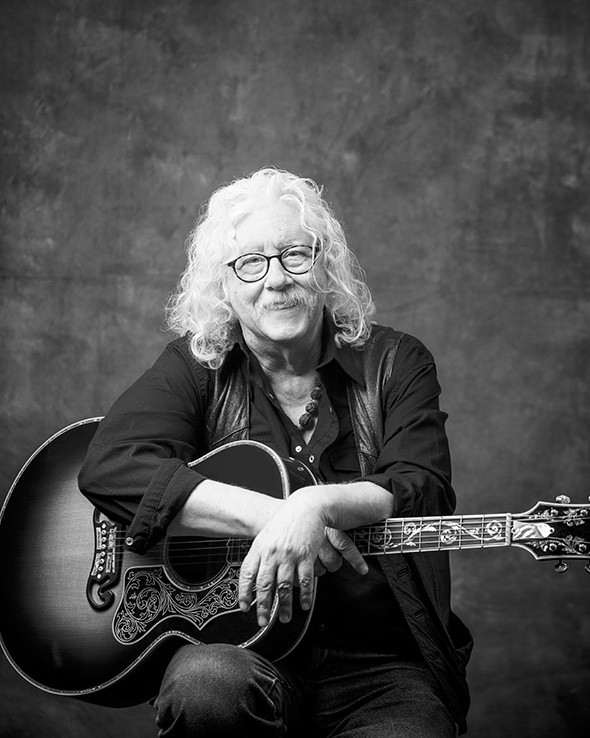 Radoslav Lorković was first introduced to Woody Guthrie when the father of modern American folk music made him cry at a Minnesota summer camp.

“It’s a common story,” Lorković said. “I’m learning how to speak French at a summer camp. I’m little, and my parents came to get me. At the closing ceremony, we all sang such a spirited ‘This Land Is Your Land,’ and I remember I was just moved to tears by it. I thought it was the coolest thing I’d ever heard.”

In high school, Lorković, who came with his parents to the U.S. at the age of 6, found himself similarly struck after hearing the Byrds’ cover of Guthrie’s “Deportee (Plane Wreck at Los Gatos),” a song about a 1948 crash that killed 28 migrant farm workers. 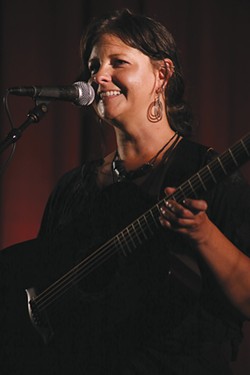 “It just really connected with me as an immigrant and now a citizen coming from Croatia,” Lorković said. “Coming from the former Yugoslavia, our family was pretty devastated when the communists came in. I think there was always that kind of issue, the ‘I ain’t got no home’ kind of thing.”

As he has every year since 2005, Lorković, a classically trained pianist and accordion player, performs at Woody Guthrie Folk Festival July 10-14 in Okemah, where the singer-songwriter was born in 1912.

Lorković first began playing the festival with singer-songwriter Jimmy LaFave, who played the festival from its first year 1998 until he died in 2017.

“He’d been doing the Woody Fest forever,” Lorković said,” and he goes, ‘Hey, Rad. It’s not a big deal. It’s just a little jamming in a motel and showcases playing on the main stage. You’ll probably like it.’ I go, ‘Sounds good,’ and we show up there and it was the best time I’ve ever had in my life.”

Annie Burns said she and her sister Marie, a folk duo from Ithaca, New York, that has performed as The Burns Sisters since 1986, had a similar experience when LaFave invited them to play at the festival.

“We just fell in love with Okemah and the Guthries and the extended family, all the kids and grandkids,” Burns said. “And all the people who go to the Woody Guthrie Festival are just so, so interesting because they’re of all walks of life, they’re of all political backgrounds and they’ll come together for this message of hope.”

In addition to performances by artists including Arlo Guthrie, Annie Guthrie, The Annie Oakley, Butch Hancock, Carter Sampson and many more, the festival features presentations such as Pete Seeger & Saving The Hudson River: The History of Environmental Activism in Music and a protest music panel titled Something to Say: Making Music That Matters. While media chair Maddie Gregory said the festival itself is apolitical, it provides a platform for musicians to express their own beliefs.

“Our purpose is to preserve and encourage artists,” Gregory said. “I think we’re allowing them to speak and use their talents to educate, and I think right now is a time that education is really necessary.”

Burns said folk music’s plainspoken messages can be a more effective means of communicating than preaching, which she would rather “leave to the preachers.”

“If you look at Woody Guthrie and what he did with his life, he just traveled with his guitar and spoke his truth to power,” Burns said. “I think reaching people through music and words is a way to heal the country. … Through song and through stories, we can reach people about what’s the right thing to do, especially in this day and age. … The way to get through to people is to say we’re all the same. We all have the same problems. … If you just think of all of us as mothers and fathers and children and brothers and sisters, then we have a way of reaching each other.” 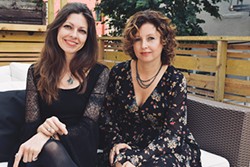 In “Woody Sez,” the recurring column he wrote for the progressive newspaper People’s Daily World in the 1930s, Woody Guthrie explained his musical philosophy.

“I hate a song that makes you think you are not any good,” he wrote. “I hate a song that makes you think that you are just born to lose. Bound to lose. No good to nobody. No good for nothing. Because you are too old or too young or too fat or too slim. Too ugly or too this or too that. Songs that run you down or poke fun at you on account of your bad luck or hard traveling. I’m out to fight those songs to my very last breath of air and my last drop of blood. I am out to sing songs that will prove to you that this is your world and that if it has hit you pretty hard and knocked you for a dozen loops, no matter what color, what size you are, how you are built, I am out to sing the songs that make you take pride in yourself and in your work. And the songs that I sing are made up for the most part by all sorts of folks just about like you.”

“He was a really avid writer of children’s songs and encouraging children to learn and sing and play,” Gregory said. “We want to try to provide different entertainment for families with people who, if they have grown up going to the festival, can bring their children or their grandchildren with them and they’ll be entertained. … You won’t just be hauling them around in the hot sun.”

Children often learn “This Land Is Your Land” — written as a response to Irving Berlin’s “God Bless America” — in school, but Gregory said even a song as silly and simple as “Riding in My Car (Car Song),” though not typically discussed in the same way as “Pastures of Plenty” or “Pretty Boy Floyd,” offers an example of Guthrie’s power as a songwriter.

“It’s very fun and carefree,” Gregory said. “I think that whenever you hear that song, you remember what it’s like to be 5 or 6 years old and not really having a care in the world.” 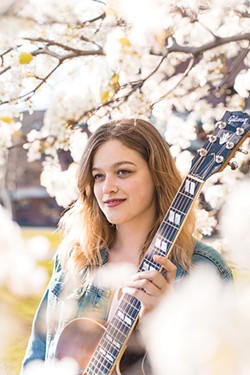 Guthrie himself counseled that adults could learn from children.

“Watch the kids,” Guthrie advised. “Do like they do. Act like they act. Yell like they yell. Dance the ways you see them dance. Sing like they sing. Work and rest the way the kids do. You’ll be healthier. You’ll feel wealthier. You’ll talk wiser. You’ll go higher, do better, and live longer here amongst us if you’ll just only jump in here and swim around in these songs and do like the kids do. I don’t want the kids to be grownup. I want to see the grown folks be kids.”

Lorković, first moved to tears as a child by Guthrie’s work, said the songwriter’s legacy is if anything more relevant to life in 2019.

“Now,” Lorković said, “we need Woody more than ever.”

Passes are $40-$120, but some events are free to attend. Visit woodyfest.com.