“They have complete freedom to do whatever they want,” he said. “They’re bound only by their creativity.” 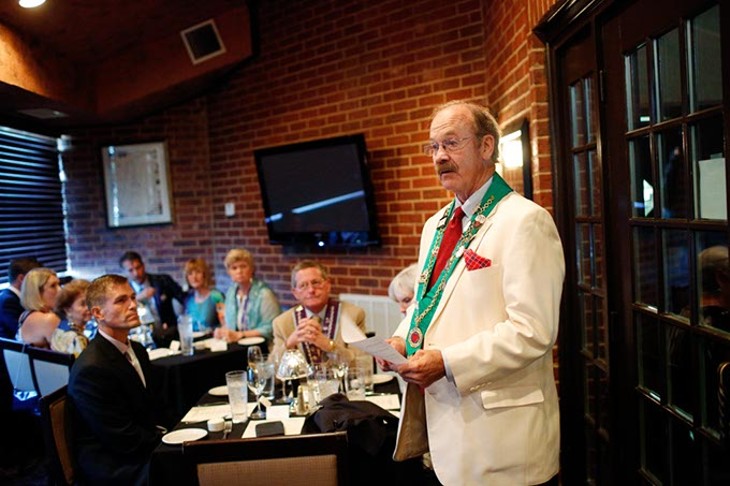 If it’s on the menu, they don’t want it on the table.

If you’re sitting with Confrérie de la Chaîne des Rôtisseurs, standard isn’t good enough. Because this centuries-old culinary society with a chapter in Oklahoma City is all about celebrating and expanding the understanding of food.

The history of Confrérie de la Chaîne des Rôtisseurs goes all the way back to 1248, when King Louis IX created a guild of goose roasters dedicated to improving the cuisine. The group’s purview expanded over the next 500 years to include other meats and dishes as it became the keeper of culinary arts. 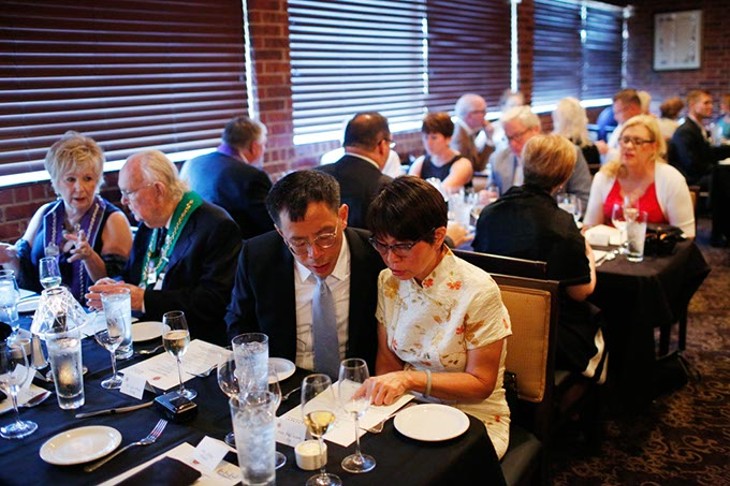 Then the French Revolution happened and, you know, that was that.

“You don’t have to eat at Vast every night to be a member,” Chappell said. “We just want people with an interest and appreciation for the food who want to come out three or four times a year for a truly excellent meal.”

That’s why the group hopes to expand its membership with younger foodies; Chappell said its members are more interested in trying new dishes and traveling to the outer edges of cuisine.

“It can be difficult to get people past the idea of steak-and-potato as fine dining,” he said. “What’s the point of being in Chaîne if it’s stuff you can get from the menu any night of the week?”

“I used to despise duck. They’d shoot it and overcook it,” she said. “At a Chaîne dinner, I had duck so good that I dreamed about it.”

It’s a dream for restaurateurs, as well, said Billy Wilson, proprietor of Opus Prime Steakhouse, which recently hosted a dinner.

“We really appreciate hosting an event like this,” he said. “We don’t always get to play around with food. We really had a ton of fun coming up with this menu.”

Dinners range in price depending on the menu and alcohol. An informal “dining around town” dinner might cost $50 or $60 per person. A more formal Chaîne dinner, like the one at Opus, might be $180 or more.

But just because the food is fancy doesn’t meant mean the gatherings aren’t parties. A group of connoisseurs gathered to drink wine and taste one-of-a-kind meals likes to talk. They are opinionated, and they get rowdy.

“There’s a new generation of culinary artists here. Younger chefs are making Oklahoma City their home,” he said. “People are having an awakening and an awareness about food that was missing here.”

Ruth Beller and her husband Jack have been members for years, after being introduced to the group by friends. What they learned since joining Chaîne is that food, whether prepared at home or served at a restaurant, should be great.

“The next dinner is always something to look forward to,” she said.

Chappell said the sense of excitement with each dinner is borne of the free rein each chef is given.

“They have complete freedom to do whatever they want,” he said. “They’re bound only by their creativity.”

In a city burgeoning with chefs and food lovers, that’s as good a reason as any to pull up a seat.