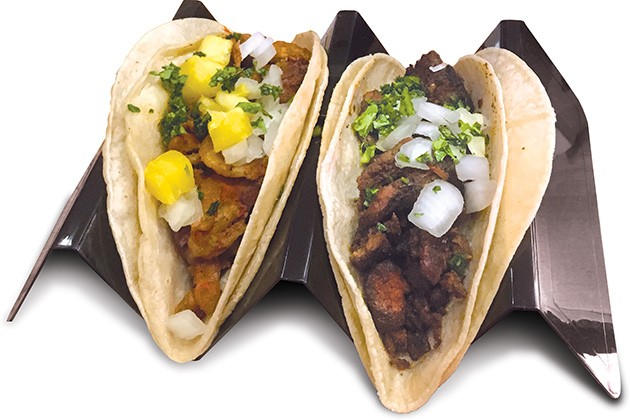 What works:The chicken roulade and sweet tea fried chicken are juicy and flavorful.
What needs work:The cheeseburger egg roll is a step too far.
Tip:Budweiser Brewhouse is one of the few locally sourced restaurants in the NBA.

The Thunder roster isn’t the only thing that got a makeover during the off-season. Chesapeake Energy Arena debuted most of its new concession and restaurant options available at the arena for all events that debut at the Thunder’s first regular season game Friday against the Washington Wizards.

Andrew Murin is the executive chef for SMG/Savor Catering that handles food for Chesapeake Energy Arena along with Levy Catering that coordinates items in the suite and club levels of the arena.

“We’ve got a new team, and we’ve done a lot of new items to keep people coming down here,” Murin said.

The most ambitious change for the food menu resides in the Taco Camion concession stand that is located in sections 107 on the lower level and section 330 in the upper level. The Taco Camion stall has been retrofitted to look like a mock taco truck, and the quality of the tacos it is serving is on the upper tier of taco trucks in the city.

During a media event, I got to try a lot of the new offerings, and the al pastor taco from Camion is in contention for favorite new item. The al pastor is cooked on a spit, and hunks of the spicy pork are sliced to-order. The taco is topped with a choice of raw onion, cilantro and a pair of fresh salsas. I tried a portion that had been cut and sitting in a warm skillet for a few minutes and was still very pleased with the overall execution, and I think a fresh version would be even better.

Savor manages Budweiser Brewhouse, which is a full-service restaurant located on the arena’s first floor, and has received recognition by the Made in Oklahoma program for the restaurant’s commitment to sourcing local ingredients.

My favorite new item at Budweiser is a chicken roulade that is stuffed with sun-dried tomato pesto and served over mashed potatoes with sautéed local rainbow chard and drizzled with a pesto cream sauce. Murin said the chicken is raised at Oklahoma State University and processed in Perkins by Ralph’s Packing Co.

The chicken is succulent and has a great burst of flavor and acidity from the pesto.

“That chicken is phenomenal,” Murin said, and I have to agree.

The Brewhouse is also offering a kale salad made with local kale, pecans, pickled onions, strawberries, roasted beets, apple and Lovera’s cranberry goat cheese and finished with a strawberry-basil vinaigrette. The Okie Crab Cake is a twist on the traditional that adds local catfish with the crab mixture and is served with lemongrass dijionaise. The crab cake was fresh, and there were nice chunks of crab; I didn’t even realize there was catfish in the dish until reading the description, but it was a very good execution.

The country-fried Rumble Theta burger combines a pair of Oklahoma traditions: the country fry and Theta sauce. Sourced using Akaushi beef, which is a pure Japanese breed that made its way to the States thanks to Texas ranchers in the ’90s, the patty is battered and deep-fried. It’s topped with the usual lettuce, tomato, red onion, housemade pickles and a light red Theta sauce that is a little more sweet than its smoky inspiration.

“I lived [in Oklahoma City] since 1997 and everything has always been ‘country fry, country fry, country fry,’ and people still like it,” Murin said of his inspiration for the burger. “I figured that frying it speaks to Oklahoma more. It’s a healthy burger (Akaushi contains monounsatured fats), but I had to deep-fry it, so it all evens out.”

Full Court Press in section 102 features a Philly cheesesteak that, in accordance with real Philadelphia tradition, smothers the beef, peppers and onions with Cheese Whiz and is served on La Baguette bread baked at Super Cao Nguyen. I’m not a fan of Cheese Whiz, but I have to commend them for authenticity.

Jack Daniel’s Old No. 7 Club has tempura-battered vegetables that are a nice vegetarian option, but I was less enamored with the cheeseburger egg rolls that feature cheesy dijioniase and Sriracha ketchup.

The concourse level features a new dessert option in section 109, Top-A-Waffle, which comes from the owners of the Mighty Corn Dog food truck. The Rubbles waffle is a Belgian-style waffle topped with white chocolate, Fruity Pebbles and marshmallow drizzle. The Lemon Drop is white chocolate, Golden Grahams and lemon pie filling. The cookie remix is white chocolate, Oreo chunks and marshmallow drizzle. I tried the Lemon Drop, and it’s a fun dessert item that is portable, but the lemon was quite overpowering. I couldn’t really discern the other flavors. I’d go with Cookie Remix next time. 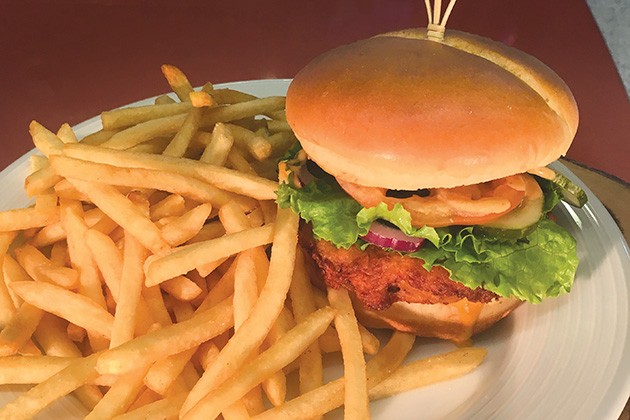 My overall favorite new item is the sweet tea fried chicken from Saucy Chicken in the 223 section of the club-level concourse. Levy Catering executive chef Dan Wade said he has worked on the recipe in different iterations over the years and found the right mixture. The fried boneless chicken thigh is the perfect balance of savory, crunchy, juicy and a little sweet.

“It’s a 12-hour brine with sweet tea and milk,” Wade said. “It’s a little bit different than usual and holds that juice in really well and doesn’t dry out.”

From Baseline, located in section 216, comes loaded enchilada fries, which were another favorite. Chicken is simmered in a green, tomatillo-based sauce for 7-8 hours before it’s topped on fries with enchilada sauce, shredded cheese and green onion. I usually do a chicken tinga at home with both chipotles and tomatillos, but this preparation made me want to experiment with a green version.

Baseline is also offering a three-pound nacho grande that is meant to serve 4-6 people, which is actually a steal when you consider its $24 price split among a group is cheaper than a lot of items in the arena.

I’m always impressed with the quality of food turned out in Chesapeake Energy Arena, and it’s nice to have some new options in advance of a basketball season that has so much intrigue.